New York, New York – (OCTOBER 18, 2016) – Lion Heart Autographs, one of the country’s most widely recognized and respected dealers of historical autographs and manuscripts specializing in art, 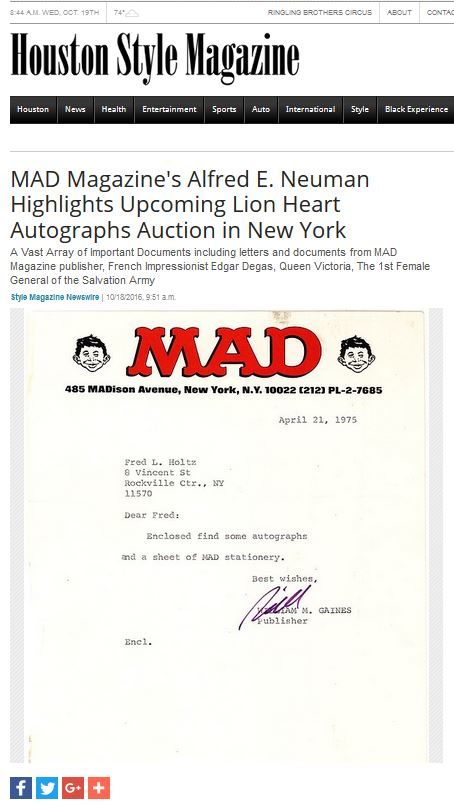 history, literature, music and science, has announced more remarkable documents to be auctioned at the upcoming “Presidential Letters & Speeches Plus Important Autographs in History, Science & the Arts” auction to take place Wednesday, October 26, 2016 at 1:00 p.m. EST on www.invaluable.com.

In addition to the remarkable presidential documents and letters that are included in the auction are items that played an important role in pop culture, our country and the arts. Highlights include an archive of 13 letters written to a young fan by MAD Magazine publisher Bill Gaines. MAD Magazine was founded in 1952 and was a widely imitated publication that affected satirical media and the popular cultural landscape of the 20th century. At its peak, readership reached two million.

Daily Mail: Important Documents of Past Presidents Going to Auction

In Good Taste Blog: The Secret to Collecting Presidential Autographs