An illustrated diary kept by a Prisoner of War held at the infamous Great Escape camp has been unearthed. 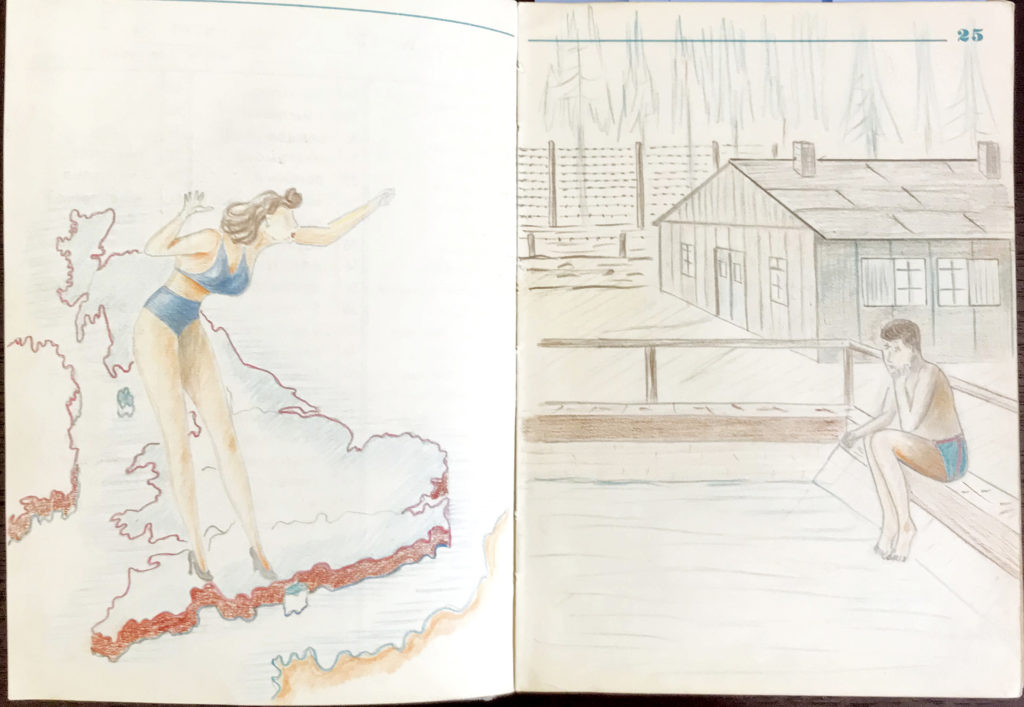 RAF officer Joseph Gueuffen’s journal includes a touching tribute to the 50 Allied airmen murdered by the Nazis for taking part in the mass break out in 1944 during World War II.

The captain lists the names of all those killed, including Roger Bushell who masterminded the escape, alongside a drawing of an imaginary memorial for them.

There is also his harrowing account of the ‘death march’ the PoWs were forced to make from the camp in Poland and into Germany in temperatures of -20C. Read More

RAF officer's poignant prisoner of war diary with tributes to the 50 Allied airman shot dead over infamous Great Escape from Stalag Luft III is expected to sell for £10,000 75 years on

A Mysterious Autograph Hound’s Book Is Up for Auction