John F. Kennedy’s scribbled notes for a 1960 campaign speech and a fragment of George Washington’s draft of his first inaugural address are among presidential documents going to auction. 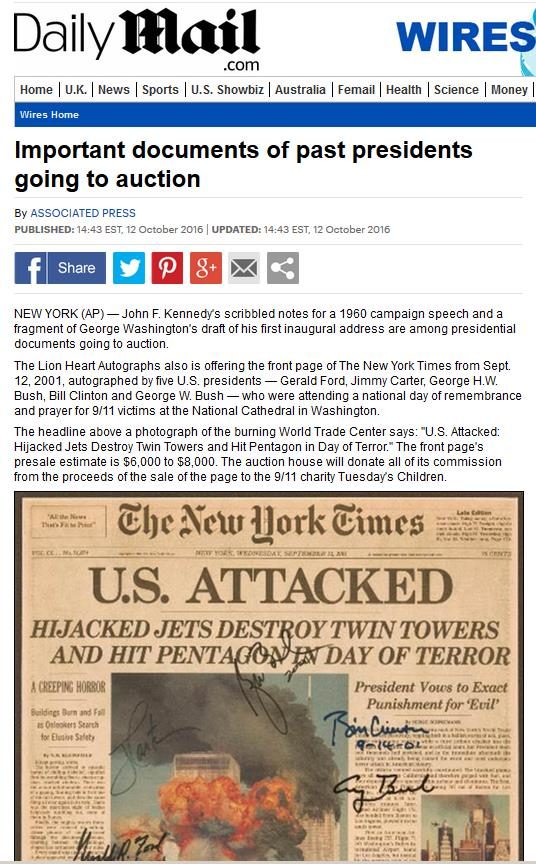 The Lion Heart Autographs also is offering the front page of The New York Times from Sept. 12, 2001, autographed by five U.S. presidents — Gerald Ford, Jimmy Carter, George H.W. Bush, Bill Clinton and George W. Bush — who were attending a national day of remembrance and prayer for 9/11 victims at the National Cathedral in Washington.

The headline above a photograph of the burning World Trade Center says: “U.S. Attacked: Hijacked Jets Destroy Twin Towers and Hit Pentagon in Day of Terror.” The front page’s presale estimate is $6,000 to $8,000. The auction house will donate all of its commission from the proceeds of the sale of the page to the 9/11 charity Tuesday’s Children.