ADS – Autograph document signed.  Generally a document of an official or administrative nature entirely written out and signed by the personality.

AES – Autograph endorsement signed. A brief message written and signed by the recipient and generally found on a letter from the sender that acknowledges receipt of the letter or passes instructions on to a third party. President Lincoln, for example, wrote out thousands of such endorsements throughout his presidency.

ALS – Autograph letter signed. A letter entirely written and signed by the same person. If not signed, it is designated an AL.

AMsS – Autograph manuscript signed. A complete or incomplete creative work such as a poem, story, essay, draft, or scientific paper, written out and signed by its creator. If unsigned, it is labeled an AMs.

AMusMsS – Autograph musical manuscript signed. A complete or incomplete musical composition, written out and signed by the composer. If unsigned, it is called an AMusMs.

AMusQS – Autograph musical quotation signed. A selection of one or more measures written out and signed by a composer or musician often quoting a famous musical passage. These pages are frequently found in autograph albums, inscribed on photographs or sheet music.

ANS – Autograph note signed. Similar to an ALS, but with no greeting or salutation. Regardless of its length, if the text does not have a greeting, it is considered an ANS and is generally valued less than an ALS.

APCS – Autograph postcard signed. A letter or note written and signed on a picture post card or correspondence post card designed to be mailed without an envelope. 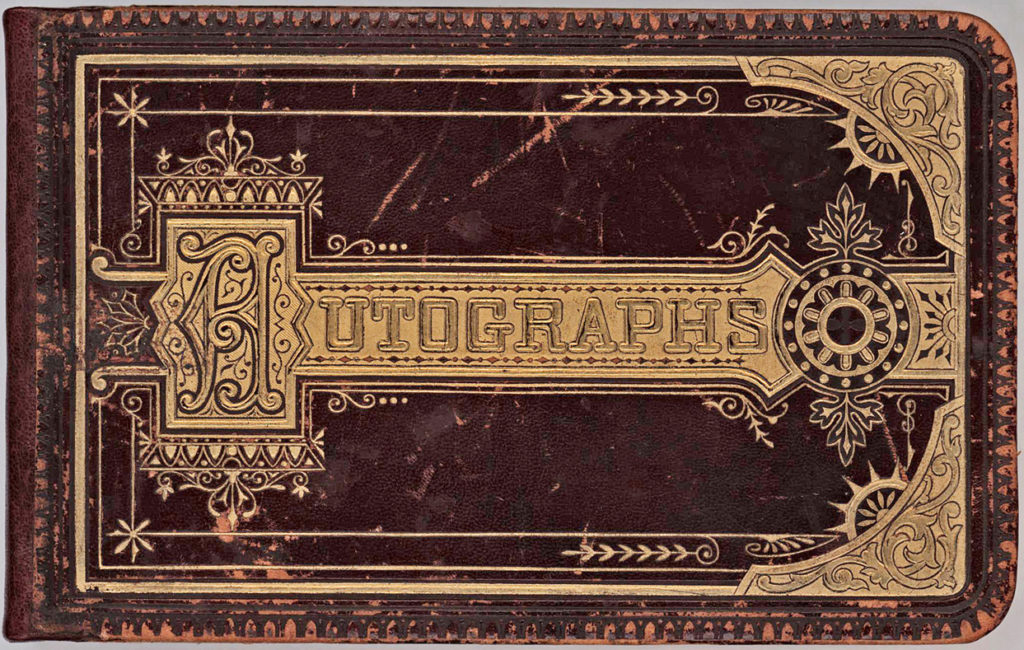 AQS – Autograph quotation signed. Generally a brief quotation, less than one page in length, of a famous motto, aphorism, or partial text of a non-musical nature, written out and signed by the same person. As with an AMusQS, these items are often found in autograph albums.

Autograph – In the hand of the personality. The term is not restricted to signatures only. An “autograph” collection is not meant to suggest an assemblage of signatures on small slips of paper, but may contain letters, documents, signed photographs, etc.

Cabinet Card – This refers to a mounted photograph, popular in the late 19th and early 20th century, that generally measures 4½” by 6½”.

Carte de Visite (CDV) – A very popular form of mass produced mounted photographs invented in France and popular in the U.S. from about 1860 to 1880. The standard size is about 2½” by 4½”. In French the term “carte de visite” refers to a “visiting card”  and not a photograph.

Conjugate Leaf – The attached third and fourth blank sides of a letter sheet that has been folded in half.

CS – Cut signature. A signature on a small slip of paper that may or may not have been removed from a letter or document.

Docket – A handwritten notation, sometimes by the recipient, on a letter that notes the identity of the letter-writer, when the letter was received and, possibly, when it was answered. 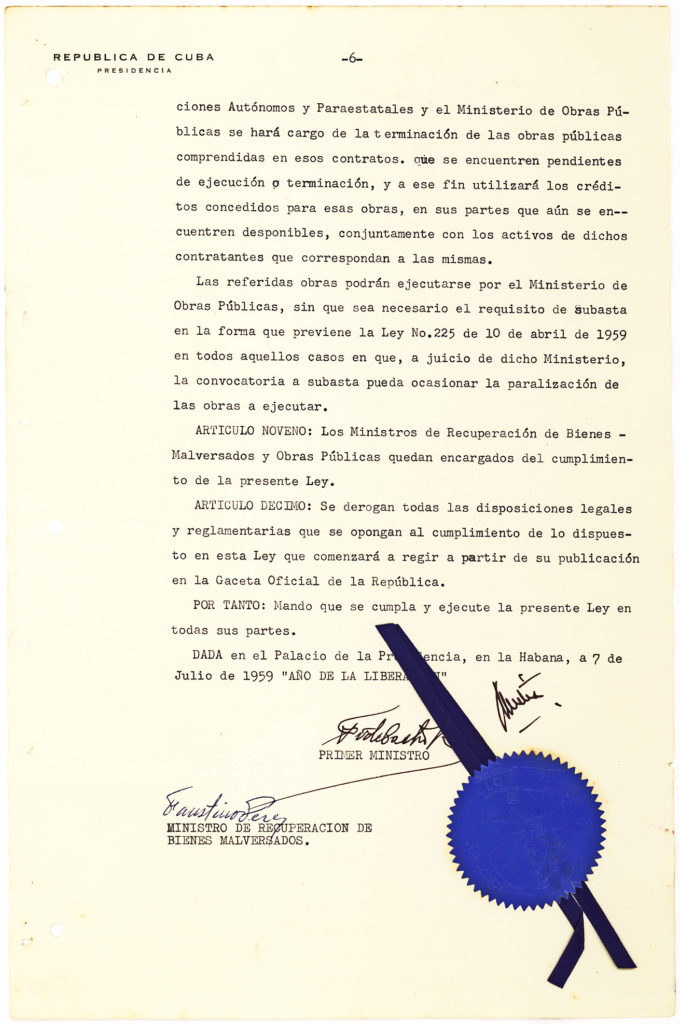 DS – Document signed. Generally a printed or partially printed document of an official or administrative nature (land grant, military appointment, warrant or summons) signed by the individual in charge.

Embossed – A name, address or decoration that is raised above the paper’s surface. Einstein’s correspondence from his home in Princeton, New Jersey is usually written on blind (i.e., no color) embossed letterhead.

Ephemera – Unsigned material, typically printed, which was not meant to be kept. Examples include tickets, calendars, newspaper clippings, advertisements, etc.

Facsimile – A copy of an autograph generally issued in large multiples and manufactured to closely resemble the original. Facsimiles are useful to check authenticity, but sometimes confuse novice collectors or dealers into thinking they own an original.

Fair Copy – An autograph copy, generally of a manuscript, and often prepared as a gift.

Foxing – Mold stains on paper usually caused by exposure to high and long term humidity. It can sometimes be removed by a qualified paper restorer. Foxing can affect the value of an autograph.

Free Frank – The government privilege to mail letters postage free if accompanied by the writer’s signature on the envelope or address leaf. Free Franks of the early presidents and nearly all of the First Ladies are avidly sought after by collectors.

Holograph – Written entirely in the hand of the personality; a synonym for “autograph,” and not related to a hologram. 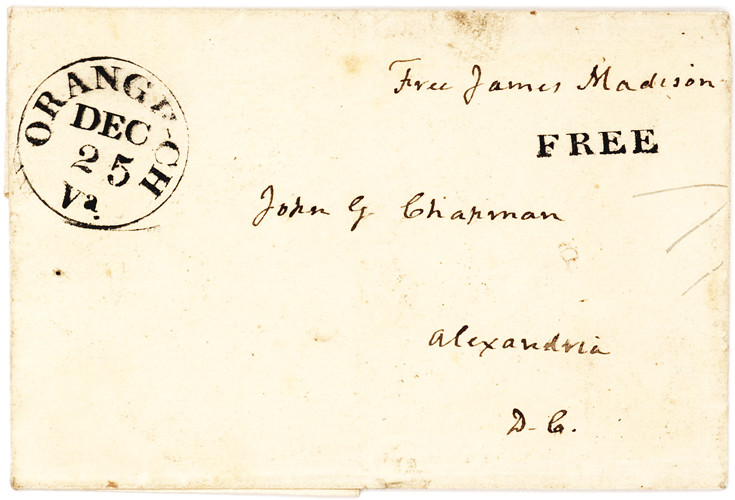 Imperial Photograph – Similar to the Imperial Cabinet Card, but larger, and measuring approximately 8” by 13”.

Inlaid– The late 19th and early 20th century bookbinder’s custom of attaching the edges of a letter to a larger sheet of sturdy paper with a rectangle cut out to afford viewing both sides of the letter while binding the sheet into a book.

Integral Address Leaf – The fourth side of a folded letter sheet containing the recipient’s address, and meant to be used as an envelope is today.

Letters Patent – A document issued by a monarch or government that grants a designated person a right or title.

LS – Letter signed. A letter written out in a secretarial hand, signed by the personality.

Manuscript DS – Manuscript document signed. A document generally of an official or administrative nature written out (as opposed to printed) in an unidentified hand and signed by the person in charge.

Matte Burn – A darkened outline on an autograph left by the inner edge of an acidic matte.

Mounted – The procedure of attaching a letter (or photograph) with an adhesive to a larger sheet of paper. In the case of photographs, collectors generally prefer to have the signature on the image rather than on the paper or board on which the photograph has been mounted.

Mourning Stationery – Black-bordered stationery indicating a period of mourning for the passing of a relative.

N.d. – No date. When the date is not written in the hand of the personality, this abbreviation is used. If a date appears in parenthesis it means that there was a different way to ascertain the date (postal cancellation, docket, third party notation, etc.)

N.p. – No place. Similar to the above, but involving the issue of where the autograph was written.

N.y. – No year. Used when the month and day are known, but not the year. If the year is not written out but can be accurately ascertained, it is placed within parentheses.

Partially Printed DS – A printed document of an official or administrative nature that has had its blanks spaces filled in by a secretary. Often used interchangeably with the term DS.

Recto – The “front” side of a sheet; the opposite of “verso.”

Sepia – A rich, chocolate brown color found in most carte-de-visite and cabinet photographs.

Silked – The process by which a letter is carefully sandwiched in between two pieces of very fine silk to protect it from further wear and tear. This process usually decreases the letter’s value.

Silvering – The oxidation of a photograph’s silver particles, usually at its edges, causing some discoloration that adversely affects the price and appearance of the image.

Skippet – A small round box made of wood or metal designed to hold a document’s attached wax seal.

TLS – A typed letter signed by the writer. Occasionally, as in the case with Ernest Hemingway, whose typewriter had recognizable characteristics, it can be determined that the letter was self-typed, but such information has little impact on the letter’s price.

Trimmed – A sheet that has been reduced in size by removing some or all of its blank margins, which adversely affects the letter’s value.

Verso – The “back” side of a sheet; the opposite of “recto.”