A handwritten letter by genius Albert Einstein that slams his fellow Germans over Nazidom and calls mankind a “fatal beast” is up for sale. 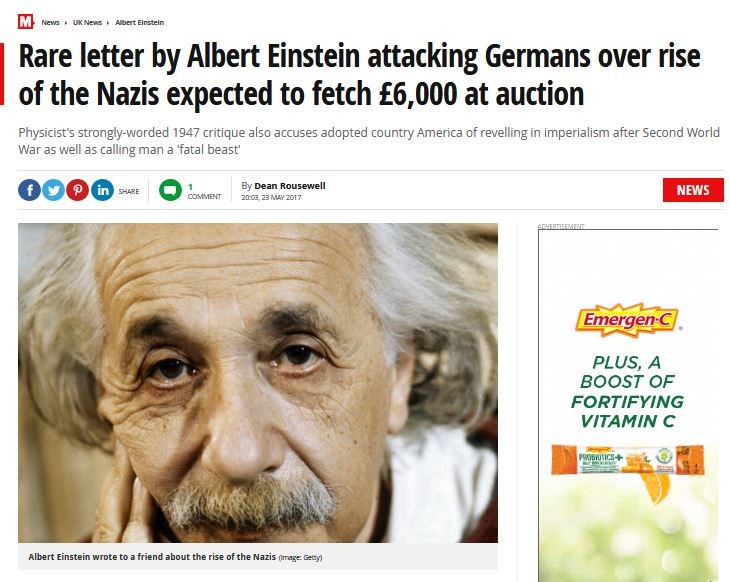 The theoretical physicist’s strongly-worded critique in January 1947 accuses his compatriots of not doing enough to renounce the rise of the fascist ideology. Read more