SHAW, GEORGE BERNARD. (1856-1950). Irish playwright and critic known for his works The Devil’s Disciple and Pygmalion.  AMs. Unsigned. 1/3p. 4to. (London, December 4, 1929). [To Henry Losti Russell.] Shaw’s response to a question typed at the top of the page: “Do you think that the relations between Great Britain and the United States would improve if the differences or misunderstandings which are reported to exist between the two countries were investigated by a committee presided over by Lady Astor? Why, or why not? Can you name anyone who in your opinion would be more suited to the job than Lady Astor?”

“Not at all. Until they stop differing and misunderstanding the less they investigate the better. If an intermediary is wanted Lord Astor is the best man available. Lady Astor can stay at home and lead the cavalry charges: taking the chair is not in her line.” 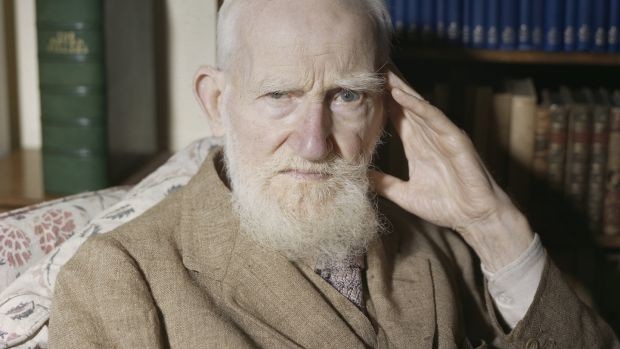 In 1928 Shaw authored The Intelligent Woman’s Guide to Socialism, Capitalism, Sovietism and Fascism and by the 1930s identified himself as a communist. Shaw also had strong opinions on the Treaty of Versailles signed at the end of World War I. “Shaw recognized that there was a human instinct called nationalism that made people ‘dissatisfied unless they think they are governed by themselves and not by foreigners’. He believed that the Treaty of Versailles, which placed Germany in an inferior position, was an affront to that instinct, and that Hitler had been hoisted to power by the force of national resentment. Such was the outcome of an abuse of victory. He had urged the Allies to dismantle the military frontiers imposed by the Treaty, and when they failed to take this initiative he applauded Hitler for ‘the political sagacity and courage with which he has rescued Germany from the gutter and placed her once more at the head of Central Europe,” (Bernard Shaw: The Lure of Fantasy 1918-1951, Holroyd). It is undoubtedly because of his many published comments on these matters that Shaw’s opinion was sought.

Among Shaw’s friends was Nancy Astor (1879-1964), wife of newspaper proprietor and politician Waldorf Astor (1879-1952), the 2nd Viscount Astor. Born Nancy Langhorne in Greenwood, Virginia, her second marriage in 1919 was to Waldorf Astor, a Member of Parliament and son of a British peer. Astor left the House of Commons for the House of Lords upon his elevation to Viscount and Lady Astor ran for and succeeded him in his seat in Commons, becoming the first woman to serve in the British parliament. (The first woman elected to Parliament was an Irish Republican who did not serve.) Astor became known both for her wit and her controversial and acerbic repasts. Shaw, whose political views were very different from his friends’, made our statement the year of her narrow 1929 reelection.

Folded and in very fine condition. 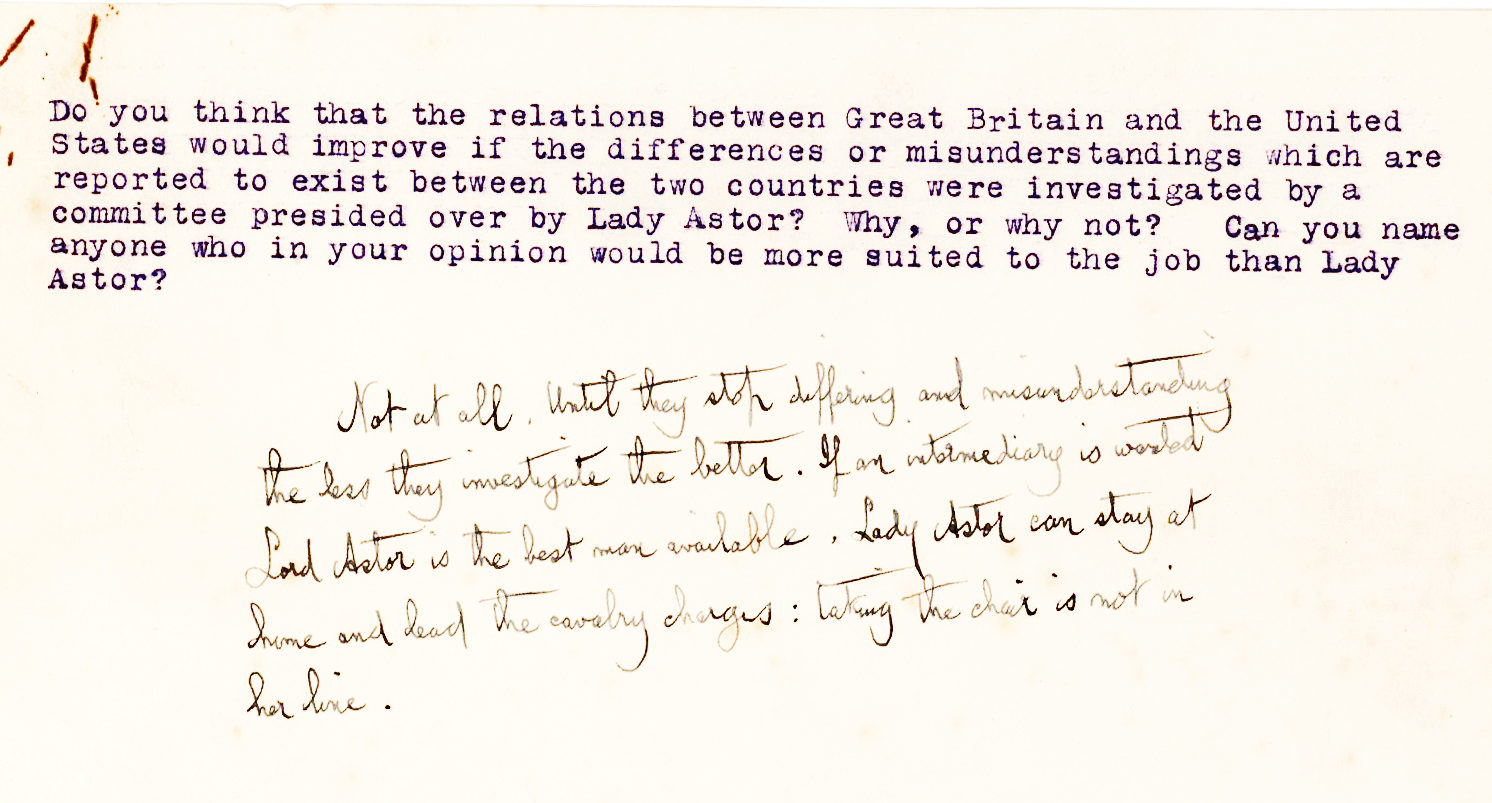 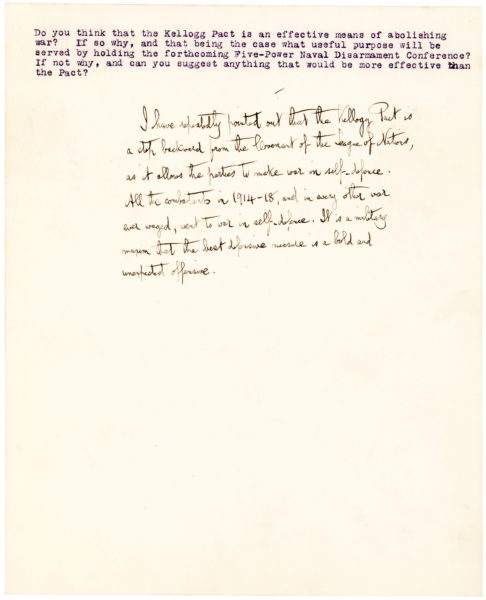