“When I was in Berkeley last Monday, I was told that a letter had been sent you by the Graduate Office admitting you to the University on condition that a few units be made up. I would appreciate your letting me know, at the above address, if the letter should not arrive within the next few days. I don’t think you should worry too much about the units in question as I am sure we can work things out when you get to Berkeley. Let me say that I look forward to working with you as I consider your music very promising indeed.” 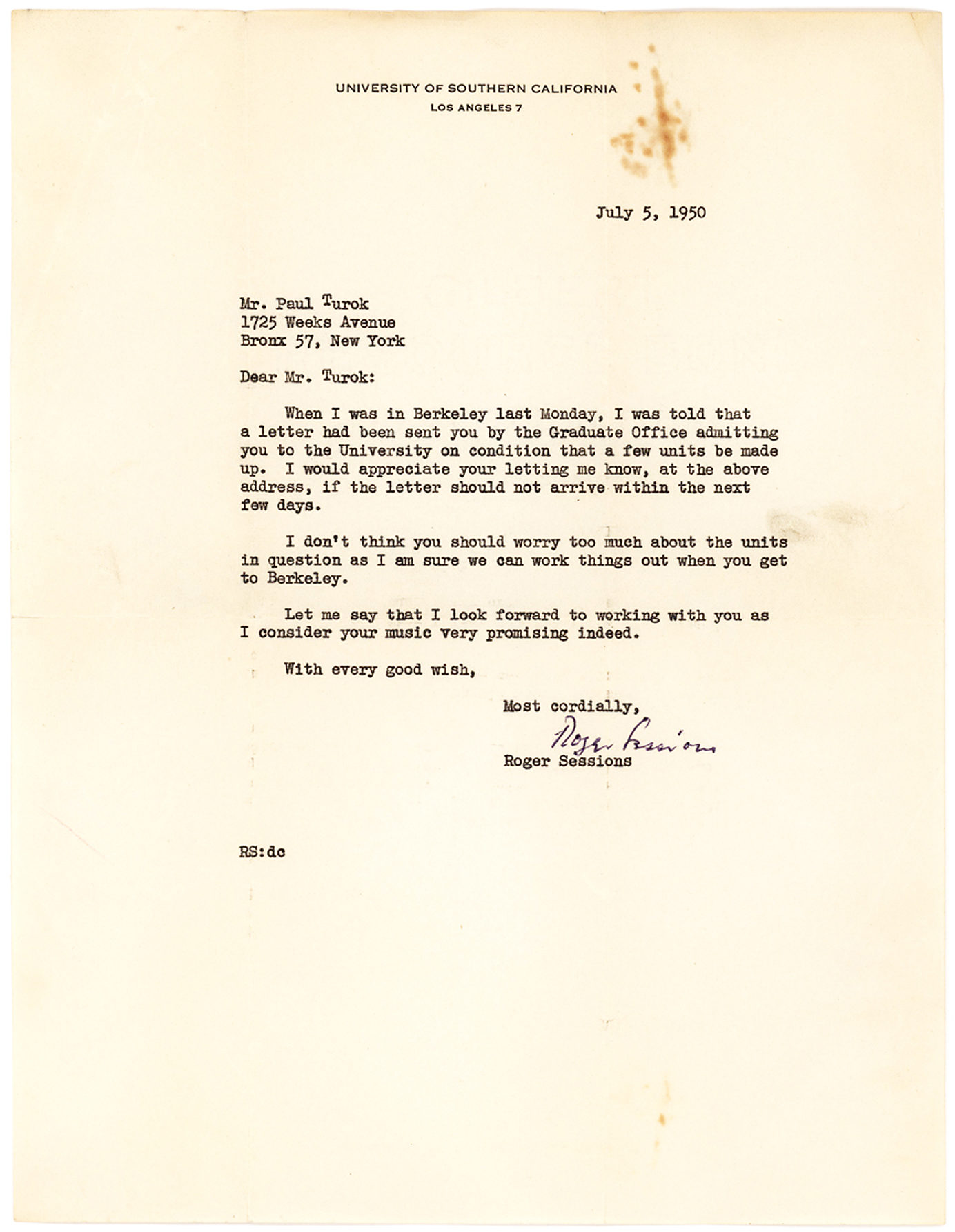 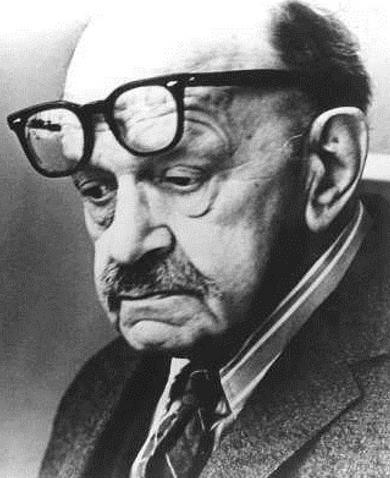 A musical and intellectual prodigy, Sessions entered Harvard at the age of fourteen, where he developed his critical voice editing the Harvard Musical Review. Following graduation, he undertook additional studies at Yale University under the guidance of composers Horatio Parkerand Ernest Bloch, earning an additional degree in musical composition. After several years teaching music theory at Smith College, Sessions spent eight years traveling in Europe, composing and earning acceptance among his contemporaries.

In 1935, he returned to America and began a fifty-year teaching career, first at Princeton University (1935-1944) and then at the University of California at Berkeley (1944-1952). The move to Berkeley prompted a very productive period for Sessions. Between 1946 and 1971, he composed six symphonies, a string quartet, two piano sonatas, and the opera, Montezuma. Two years after our letter was written, Sessions left Berkeley to become the Conant Professor of Music at Princeton, a post he held until his retirement in 1965. Sessions then taught part-time at the Julliard School. In 1982, he was awarded the Pulitzer Prize for Music for Concerto for Orchestra first performed by the Boston Symphony Orchestra.

Our letter is addressed to Paul Turok, a composer and critic who studied under Sessions at Berkeley and Princeton. Turok’s orchestral works have been performed by the Cleveland and Philadelphia Orchestras. Folded and in very good condition with some minor foxing in the upper right corner, not affecting any text. Uncommon. 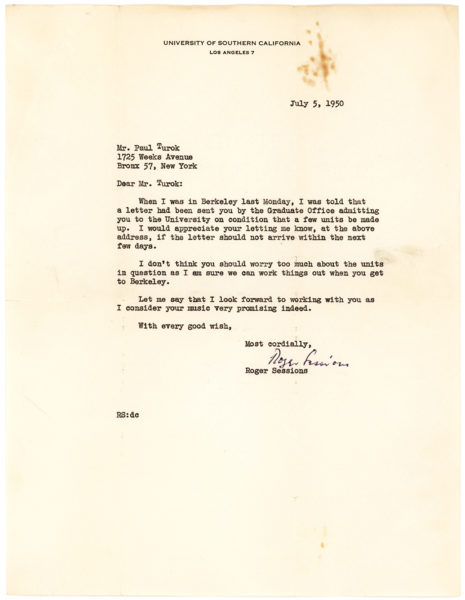 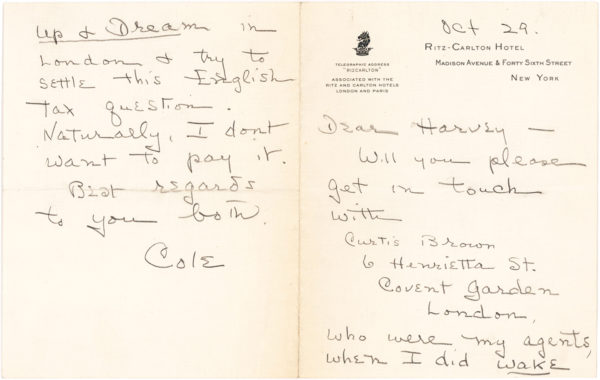 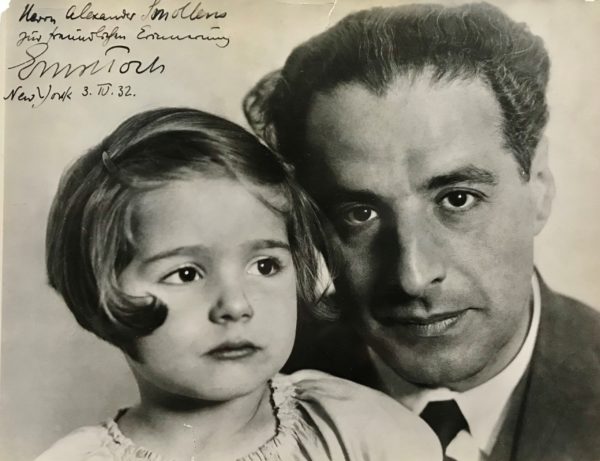