Meyerbeer came from a wealthy Berlin family and was the most prominent of his talented brothers. Though he enjoyed a rich musical education, success came only after he left Germany. “While in Italy Meyerbeer met the foremost artists, won the interest of leading librettists and impresarios and was more successful as an opera composer than he had ever hoped,” (The New Grove Dictionary). Additional success came with his entry into the world of French opera, and it is for works such as Les Huguenots and Le prophète that he is best known.

Meyerbeer’s birth and death dates are written in the lower left corner in an unidentified hand. Elaborately signed by the composer underneath the quotation. In overall fine condition. 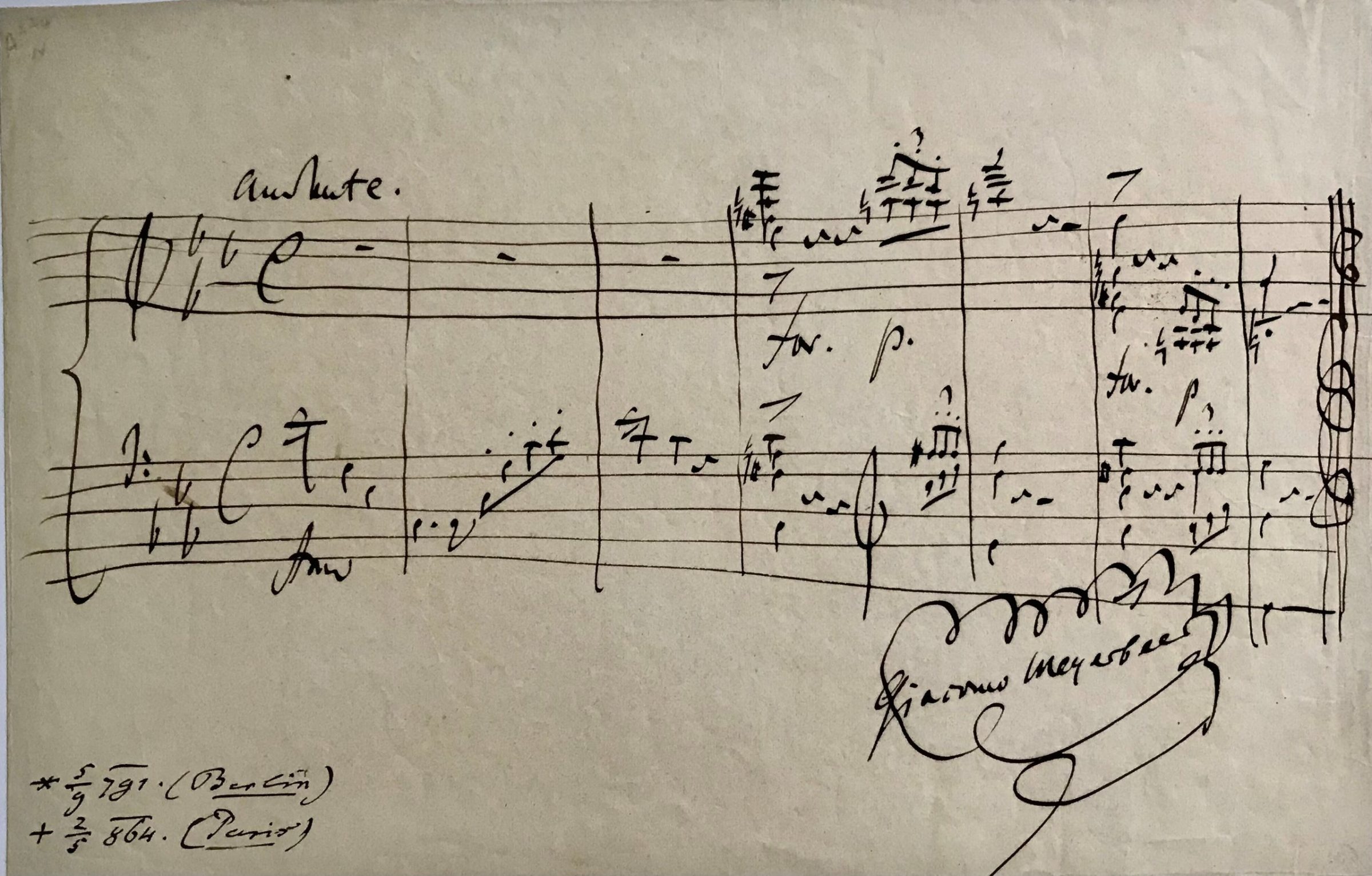 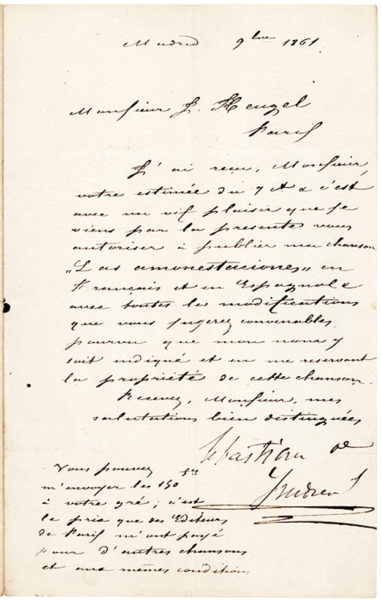 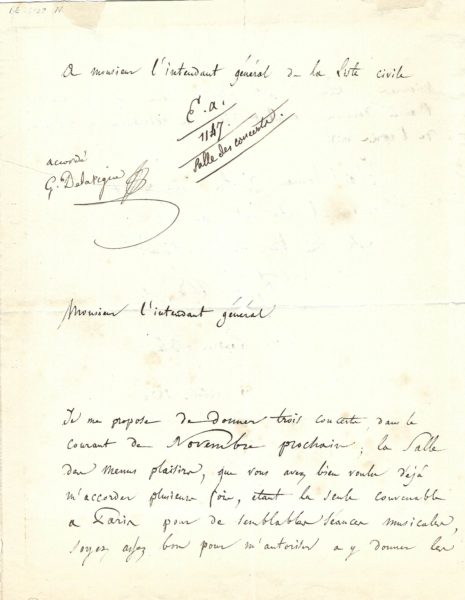