“Lieut. Genl Scott / I am en route for the Station assigned with the eighth NY Regiment / B F Butler”

Active in Massachusetts and Democratic politics during the 1850s and a brigadier general in a defunct local militia, Butler began advocating for a leadership position in the military as soon as he saw that hostilities between the states were likely, petitioning Secretary of War Simon Cameron to request a brigadier general from Massachusetts. Butler raised funds for the state’s militias and was rewarded with the desired posting. 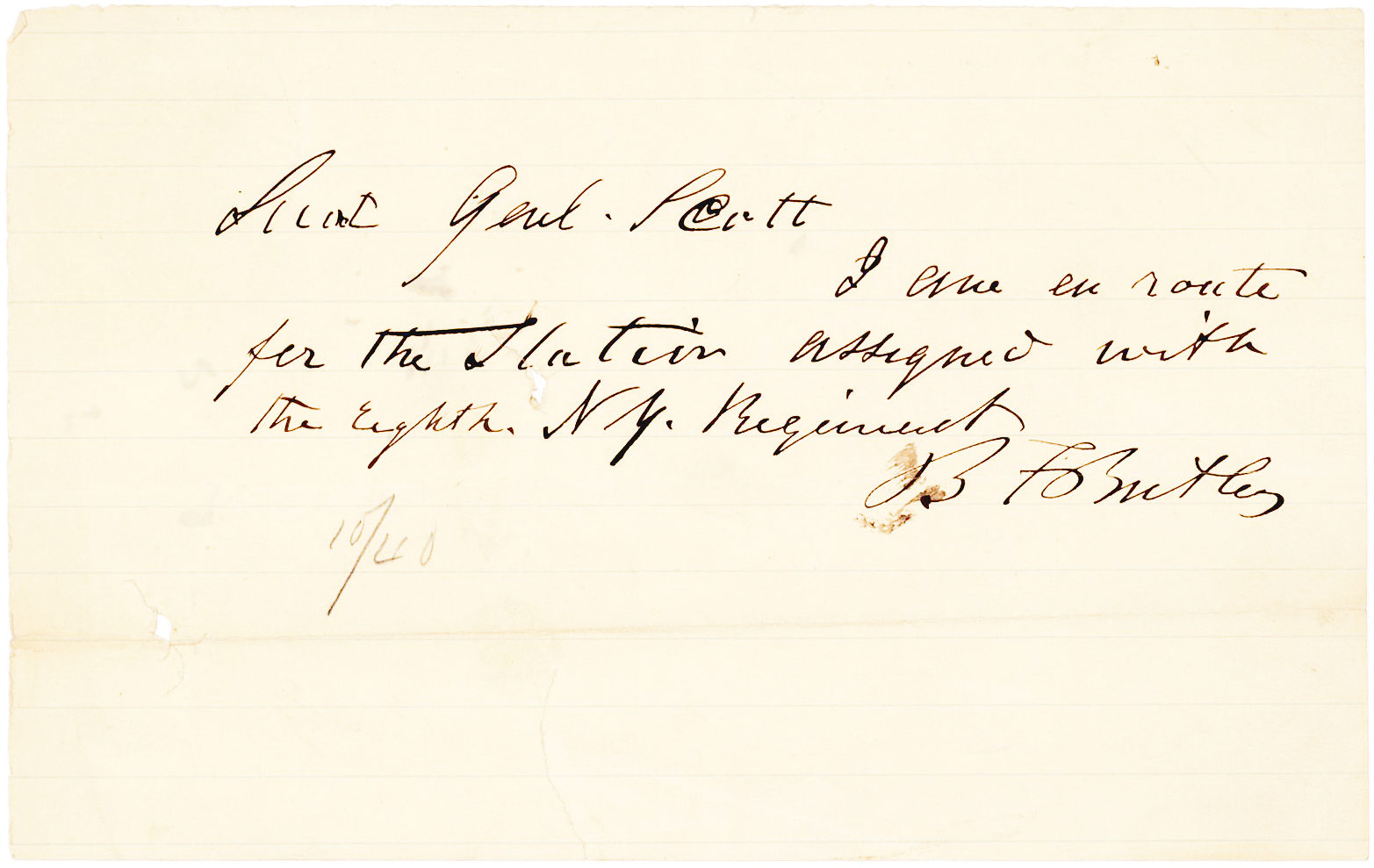 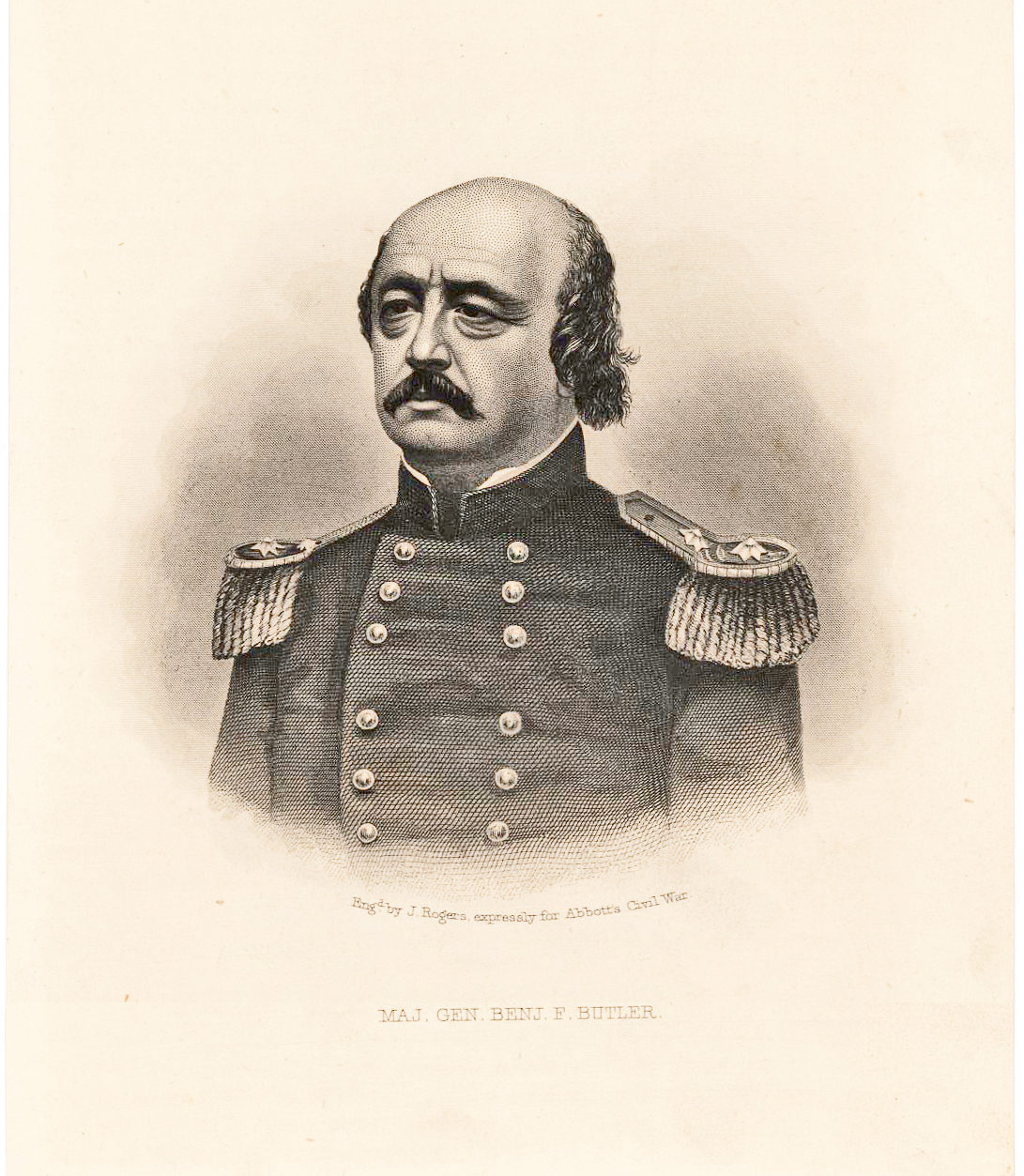 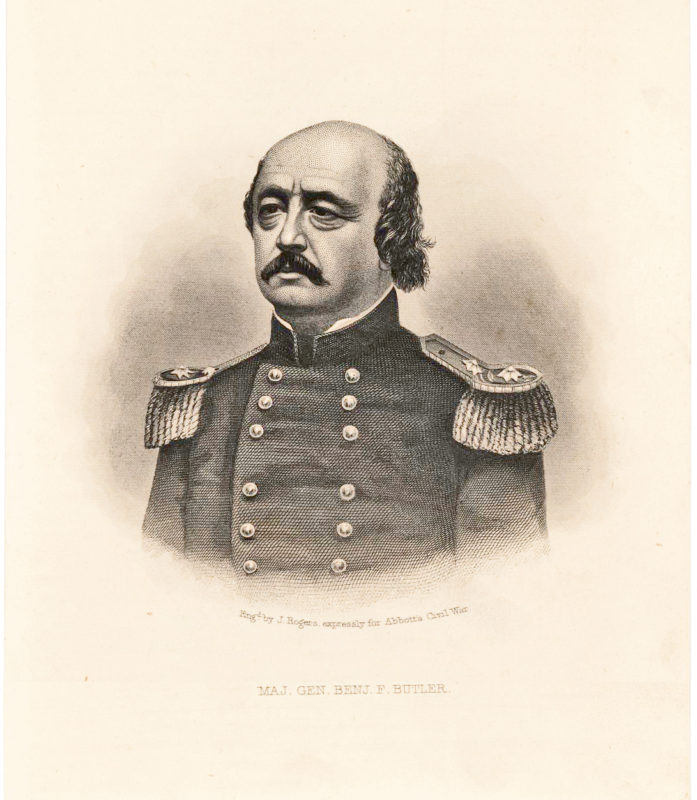 During 1861, Maryland’s loyalty was a question of great importance. Situated next to the nation’s capital, the slave state had not yet seceded, but its citizens were joining both Northern and Southern militias. Baltimore was particularly hostile to the Union, so much so that president-elect Lincoln was forced to travel incognito through the city on the way to his first inauguration for fear of assassination. In April, just after the outbreak of war, federal troops were attacked by Confederate mobs in Baltimore, which sought to impede their movement south. In an effort to avoid additional civilian casualties, the Governor of Maryland ordered railroad bridges leading to Baltimore burned to prevent troops from moving through the city and Confederate sympathizers cut the telegraph lines between Maryland and Washington, isolating the unprotected capital. 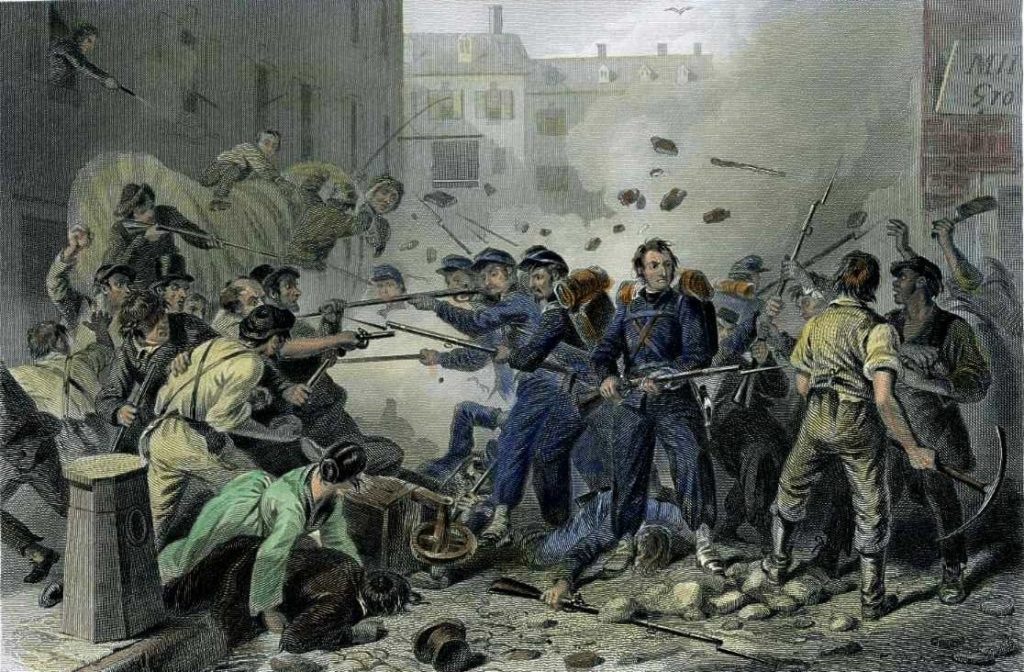 On April 22, 1861, Butler and several regiments arrived in Maryland by steamship and disembarked despite the governor’s protests. Butler, with Lincoln’s support and as ordered by Scott, had his men repair and secure the rail lines north. However, Butler decided to take matters into his own hands and, without orders from Scott, his superior, set out with 450 men of the 8th New York Regiment to take control of the Relay Station, an important railroad junction near Baltimore. Several days later, he took Baltimore itself, arresting Confederate sympathizers as he went, threatening lawmakers if they voted to secede and incurring the wrath of Scott who recalled him to Washington. For his success, even though heavy-handed, Butler was promoted to the rank of major general. 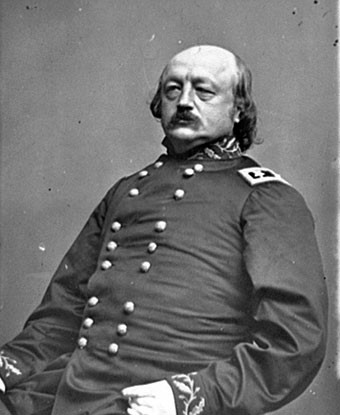 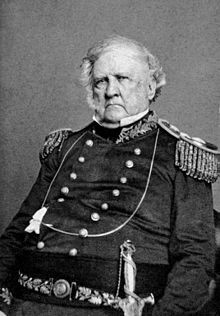 Butler had a checkered military career throughout the war. “Although his military exploits were not such as to earn him a place beside Napoleon and Marlborough, in other respects [Butler’s] contributions to the Union cause were little short of monumental. Badly defeated in the action at Big Bethel while in command of Fort Monroe, Butler was the first to apply the term ‘contraband-of-war’ to slaves of Southern masters who fled into the Union lines,” (Generals in Blue, Warner). After his army’s successful campaign against New Orleans, Butler occupied the city during 1862. However, his “administration of New Orleans is the most controversial of his career. It is at least evident that he preserved the peace and effectively governed the city, improving sanitation, and doing other useful things. It is equally evident that his conduct of affairs was high-handed. Ignoring the United States government, he assumed full financial control, collecting taxes, and expending monies. He hung William Mumford for hauling down the United States flag. He seized $800,000 in bullion belonging to Southern owners, which had been left in charge of the French consul… Still more sensational was his Order No. 28,” which proclaimed that women insulting U.S. soldiers would be treated as though they were prostitutes, (DAB). These controversial actions led to Butler’s replacement.

As a post-bellum congressman, Butler was involved in the 1868 impeachment proceedings against President Andrew Johnson. He became governor of Massachusetts in 1882 and served until the end of 1883. The following year he ran for president as a candidate of the Greenback-Labor Party, finishing third in the popular vote behind Grover Cleveland and James G. Blaine, and not winning a single electoral vote.

Our letter is addressed to Lieutenant General Scott, a rank conferred on him by Congress in 1855, and the first time an officer was awarded the rank since George Washington.

Written on lined paper with two small holes, one of which affects a word. Slight smudging of the first letter in Butler’s signature, and with a pencil notation below the text. Minor folding, otherwise in very good condition; a steel engraving of Butler in included. Uncommon in war date. 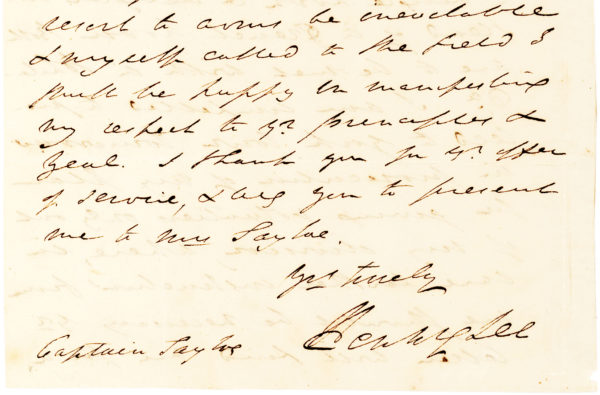