“On Saturday evening last the order came from the India House for shipping the Monument of Archdeacon Mousley to Madras free of expense addressed to yourself & Robert Alexander Esqre on Monday morning (yesterday) I sent the order to the East India House accompanied by an account of the number and measure of the Cases for the Monument and the Weight of the whole, when the following answer was returned –

That, no ship will be sent to Madras until January next, when by inquiring at the Shipping Office the requisite information may be received concerning lading of the Monument…” 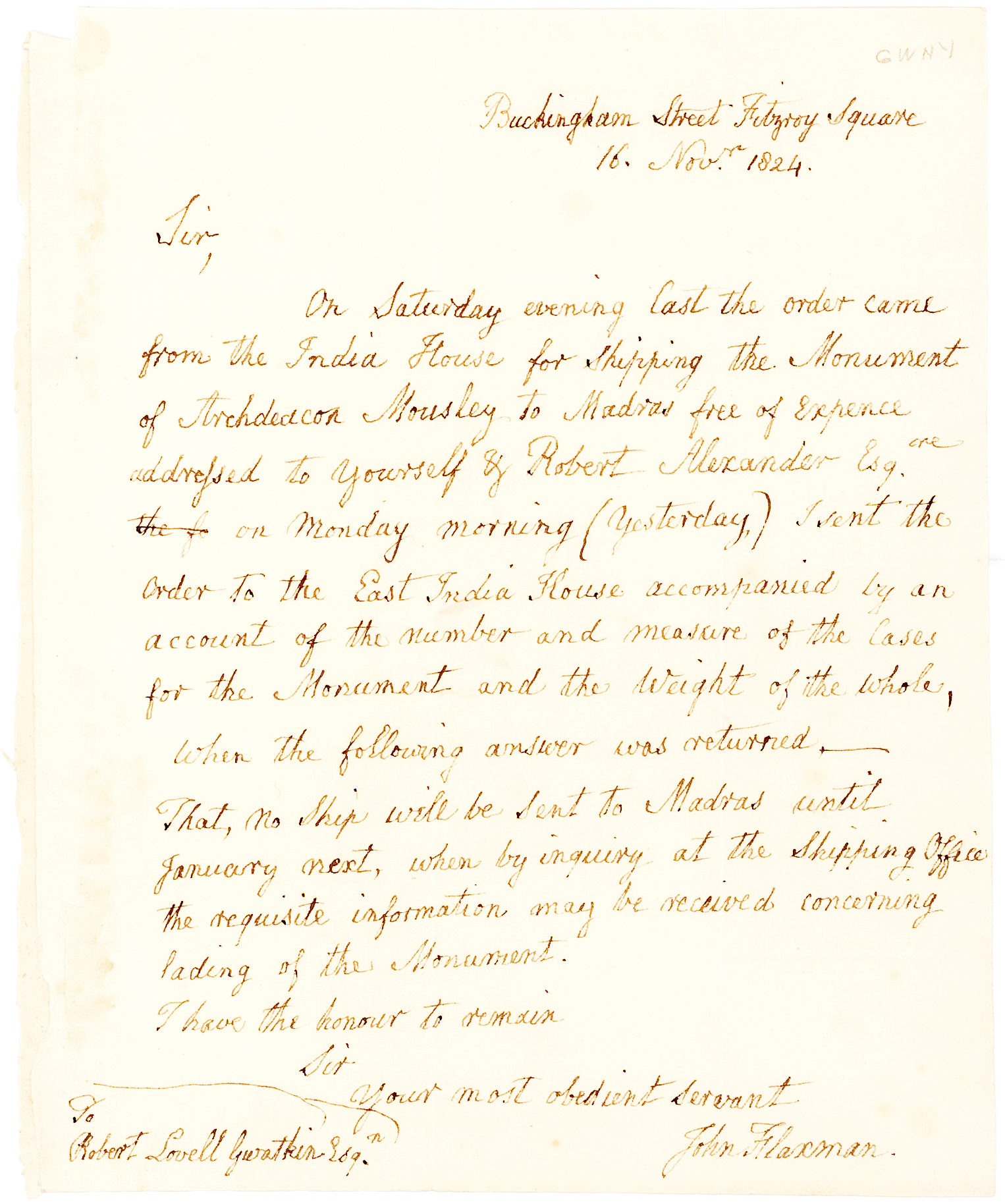 In 1770, Flaxman, whose father was a producer of plaster casts, began his training at the Royal Academy, of which the esteemed painter Joshua Reynolds was president. Flaxman worked for English potter Josiah Wedgwood while perfecting his technique and becoming a prolific sculptor of funerary monuments, especially bas-reliefs inspired by his close study of Greek Classicism.

During the 1780s he worked and studied in Rome, refining his style and producing illustrations for works by Homer, Dante and Aeschylus for which he would become famous. Despite his renown as an illustrator, Flaxman continued to create church memorials as well as teach sculpture at London’s Royal Academy. 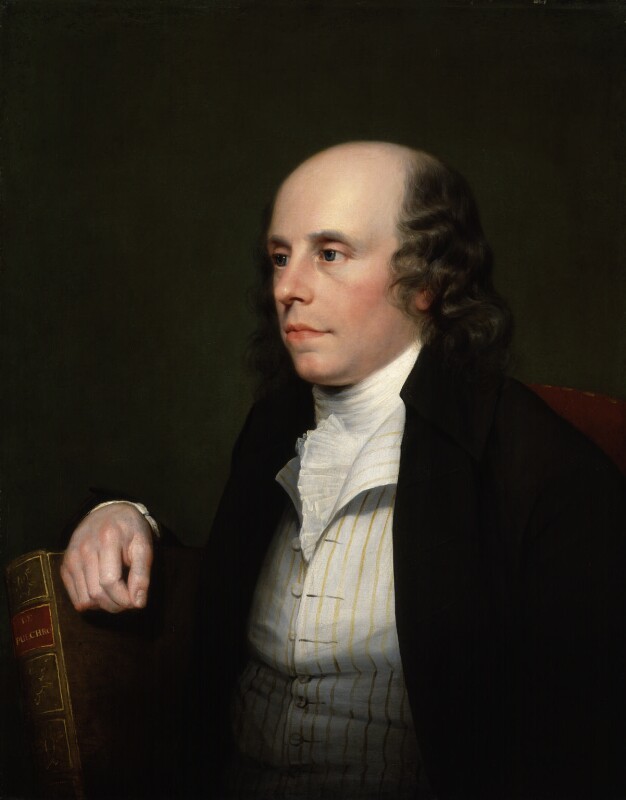 In November 1820, a committee for erecting a monument to Anglican priest and first archdeacon of Madras (modern Chennai) John Mousley (1772-1819) resolved to commission Flaxman to supply “two or three designs of a neat and chaste moral monument to be placed in St. George’s church” in Madras to honor Mousley, (The Asiatic Journal and Monthly Register, June 1820). Flaxman had already supplied a number of memorial sculptures to St. George’s Church, which had been designed and constructed by East India Company personnel in 1815, and consecrated the following year, becoming the cathedral of Madras in 1835. Flaxman’s monument to Mousley, which was finalized as a commemoration tablet is described as “visually platitudinous” by Barbara Groseclose, author of British Sculpture and the Company Raj: Church Monuments and Public Statuary in Madras, Calcutta, and Bombay to 1858.

Gwatkin operated an estate in Cornwall where he built Killiow House as well as a church in the Cornish parish of Kea for which his wife, Theophila Palmer, the niece of painter Joshua Reynolds, provided interior paintings. Theophila, who resided with her uncle during the decade before her marriage to Gwatkin, is the subject of many of his paintings.

Flaxman, who knew Reynolds as president of the Royal Academy, designed a Wedgwood portrait medallion of the great painter as well as the Statue of Sir Joshua Reynolds in London’s St. Paul’s Cathedral.

Written on a single folded sheet with some evidence of prior mounting visible on the left margin. In very good condition and uncommon. 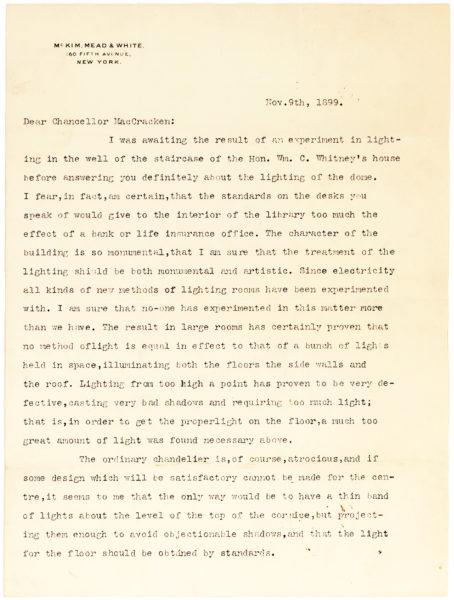 Excellent Letter from the American Architect and Designer, Opining: “The most tastefully lighted building in the world…is…” 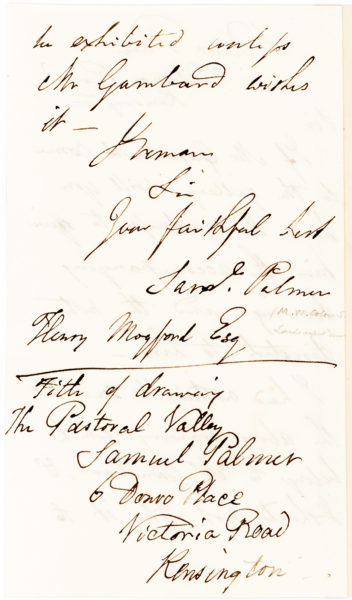