The Future Nobel Prize-Winning Prime Minister of Israel, on the “Liberated” Territories Captured during the 1967 Arab-Israeli War

BEGIN, MENACHEM. (1913-1992). Nobel Prize-winning Israeli prime minister. TLS. (“M. Begin”). 1p. 8vo. Jerusalem, December 13, 1967. Written on his letterhead headed with the emblem of Israel while serving as a minister without portfolio as a member of the Gahal party in Prime Minister Levi Eshkol’s unity government. To Mrs. Yossefa Shraga of Jerusalem. In Hebrew with translation. 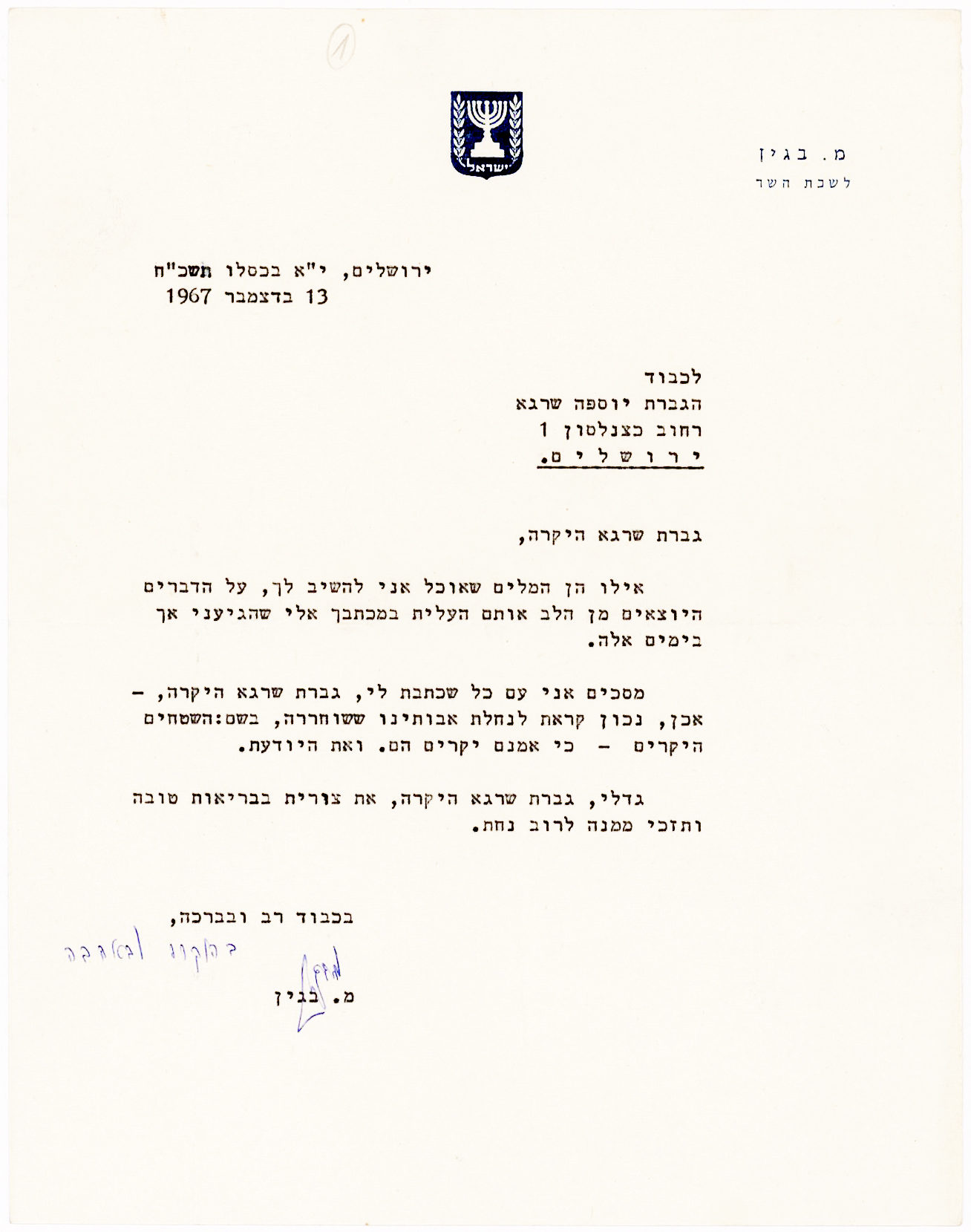 “These are the words that I will be able to reply to you, to things said from the heart, that you put in your letter that reached me only these days.

I agree with everything you wrote to me, Dear Mrs. Shraga – indeed you were right to call our ancestors’ inheritance that was liberated as ‘the precious territories,’ because they are indeed precious and you are the one to know it. 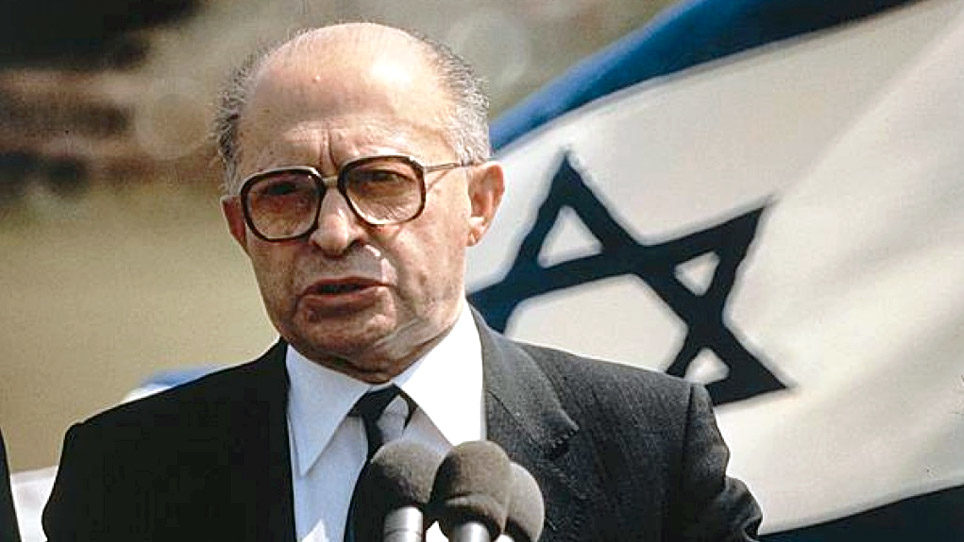 A militant Russian Zionist, Begin survived torture in Vilnius’ Lukiškės Prison and forced labor in a Russian gulag, eventually settling in the British Mandate of Palestine, where he became a prominent leader in the Jewish uprising to force a British withdrawal from the region. After Israel’s founding, Begin served in the first ten Knessets and was an outspoken and indefatigable member of the Herut and Likud opposition parties until his election as prime minister in 1977.

He is best remembered for negotiating the Camp David Accords with Egyptian President Anwar Sadat. From September 17-29, 1978, the two leaders held intense negotiations moderated by American president Jimmy Carter at Camp David, the Maryland presidential retreat. The result was the creation of two documents: A Framework for Peace in the Middle East and A Framework for the Conclusion of a Peace Treaty between Egypt and Israel. For the Camp David Accords, Begin and Sadat shared the 1978 Nobel Peace Prize. Begin remained prime minister until 1983 when he was succeeded by Yitzhak Rabin.

Our letter was written just six months after the 1967 Arab-Israeli War (also known as the Six Day War), which took place from June 5-10, 1967, in which Israel acquired territory in the Sinai Peninsula and Golan Heights, likely the “precious territories” referred to in our letter.

Folded with normal wear and in very good condition.

The Future Nobel Prize-Winning Prime Minister of Israel, on the “Liberated” Territories Captured during the 1967 Arab-Israeli War 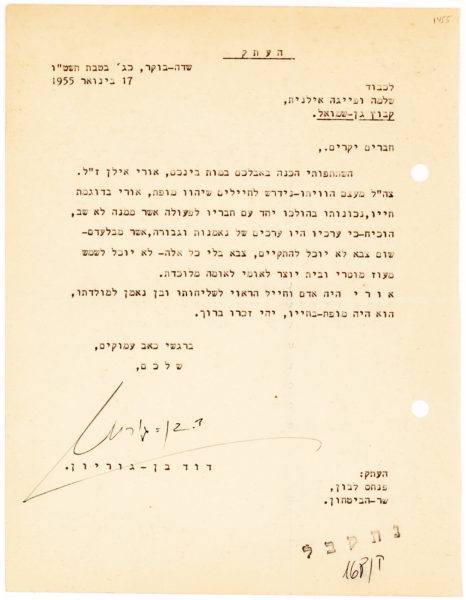