Connecticut-born, P.T. Barnum began his remarkable career at age 25 when he bought a slave named Joice Heth, who he maintained was 161 years old and had been George Washington’s baby nurse. The claim created a sensation, and by 1842 Barnum had established the American Museum in New York City in which he exhibited many oddities (both dead and alive) including the Fiji Mermaid, General Tom Thumb and the original Siamese twins Chang and Eng. An inveterate businessman and promoter, Barnum invested in Bridgeport, Connecticut’s development, subdividing land and selling smaller plots while investing his money in several manufacturing endeavors. As early as 1846, Barnum and his wife Charity had selected Bridgeport as their residence, and soon purchased seventeen acres of land that overlooked Long Island Sound. It was on this land that Barnum built a showy palatial mansion he named Iranistan that took two years to build and cost upwards of $150,000. The housewarming party on November 14, 1848 included 1000 guests, and the home was purportedly the closest structure to resemble a palace ever built in America. The Barnum’s magnificent showplace burned to the ground in 1857, and at a low point in his career and creditors at his doorstep, Barnum eventually sold the property, most of it to Elias Howe Jr., inventor of the sewing machine.

Barnum eventually retired from showbusiness and was elected mayor of Bridgeport. His 1856 bankruptcy forced the showman out of retirement, and he reopened the American Museum. In 1871 he created a circus dubbed, “The Greatest Show on Earth,” later merging it with James A. Bailey to form the Barnum & Bailey circus.

Folded with two paper seals adjacent to Barnum and his wife’s signatures, with a ten-dollar revenue stamp affixed near the lower margin. In fine condition and a rare association connecting Barnum, his wife Charity, and Fairfield, Connecticut. 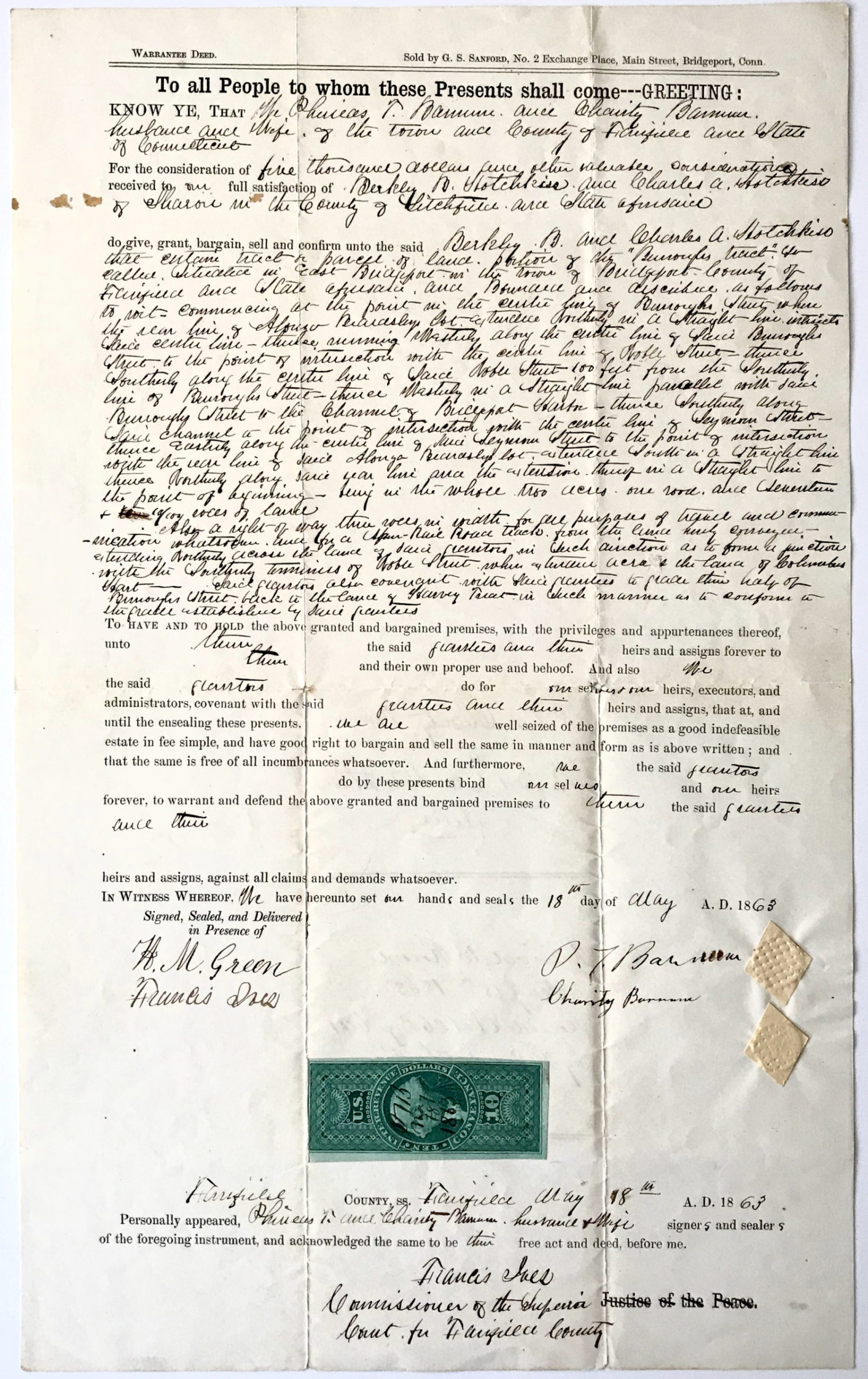 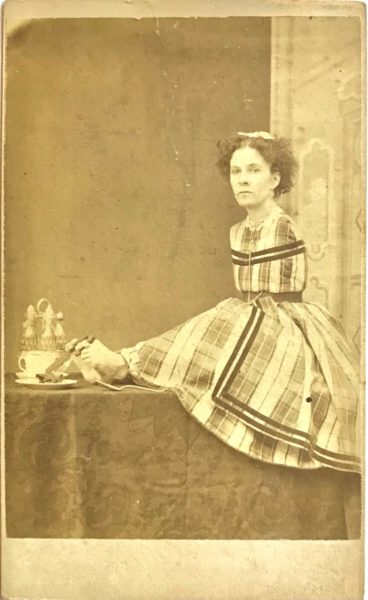 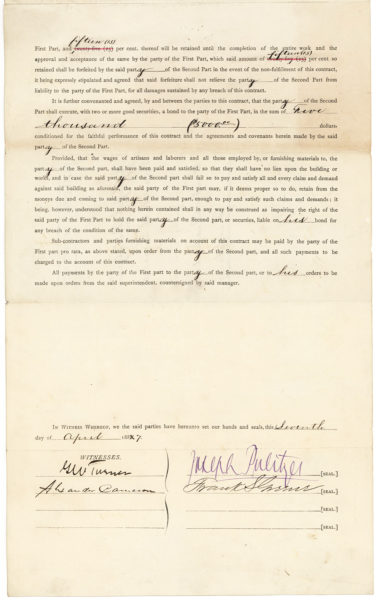 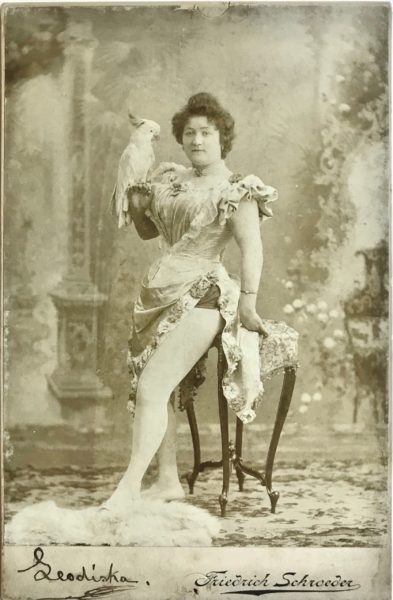