MANN, THOMAS. (1875-1955). German novelist and essayist whose works include the autobiographical Buddenbrooks, Death in Venice and The Magic Mountain; winner of the 1929 Nobel Prize for Literature. DS. (“Thomas Mann”). 1p. Tall 4to. New York, July 27, 1944. A typed contract between Mann, represented by the Franz J. Horch agency, and Editorial Ercilla, Santiago de Chile, for the Spanish language rights of The Magic Mountain. 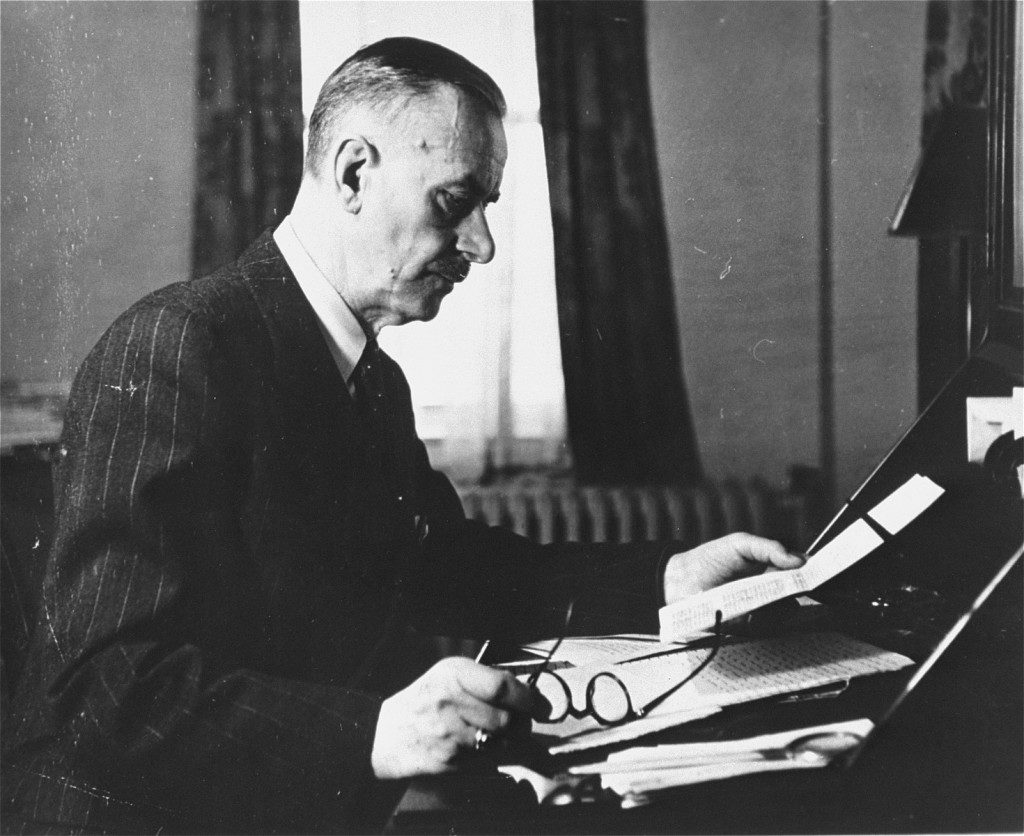 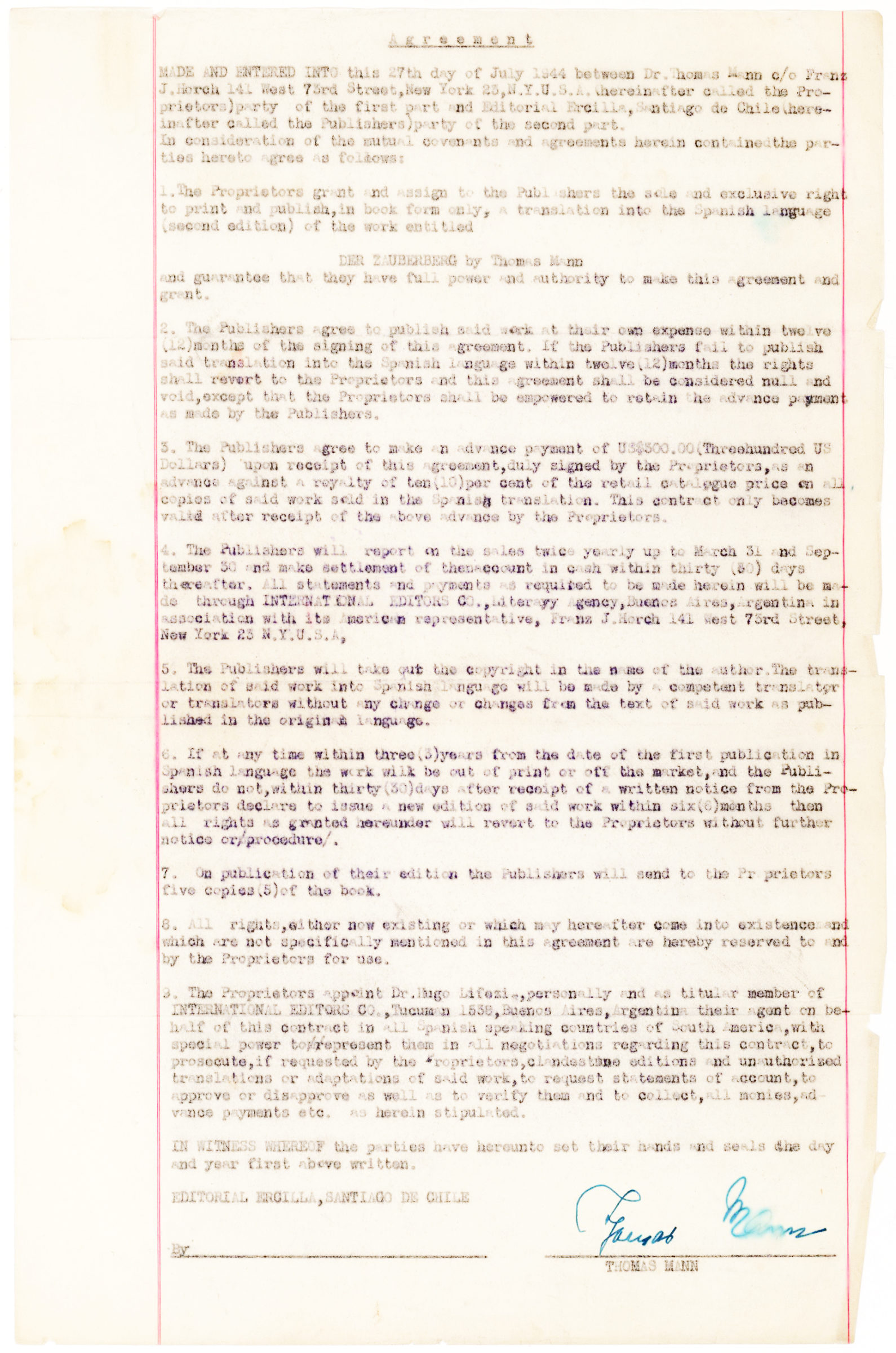 Mann was born to a middle class German father and a Brazilian mother and, after completing his education in Munich, began working in the insurance industry. He published his first story, “Little Mr Friedemann” in 1898, and for the next decade he continued writing short stories and novellas, including his autobiographical novel Buddenbrooks in 1901 and his well-known 1912 novella Death in Venice. Also in 1912, his wife spent several months in a sanitarium in Davos, Switzerland. Mann’s visits with her inspired his novel, The Magic Mountain, published in 1924 and considered one of the most influential works of the 20th century. Set in the years leading up to the First World War, The Magic Mountain “chillingly foresaw the disintegrating faith in reason and the corresponding surrender to the irrational that only a few years later produced Adolf Hitler and caused Mann’s own books to be burned in Germany,” (“Thomas Mann’s The Magic Mountain, The vitality of big ideas,” The American Scholar, Bordewich).

For his oeuvre, Mann won the 1929 Nobel Prize in Literature, but with the 1933 rise of Nazism in Germany, Mann fled his country and moved first to neutral Switzerland and two years later to New Jersey as a visiting professor at Princeton. He settled in California’s Pacific Palisades in 1941. Horch (1901-1951) was an Austrian-born, American literary agent for many exiled writers, including Thomas Mann’s brother, Heinrich, and his son, Klaus.

Typed on onion skin contract paper and signed by Mann in bright green ink. The “an” of his last name is slightly damp-stained. Light folding and wear at the edges, otherwise in fine condition. 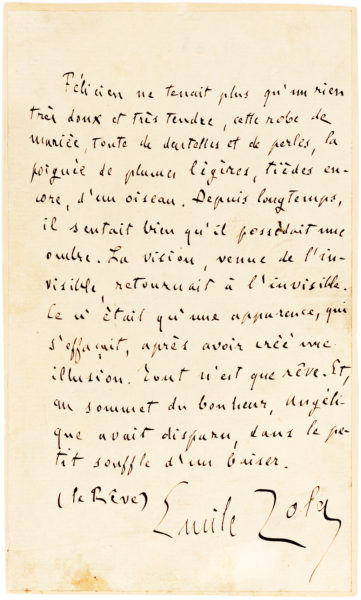 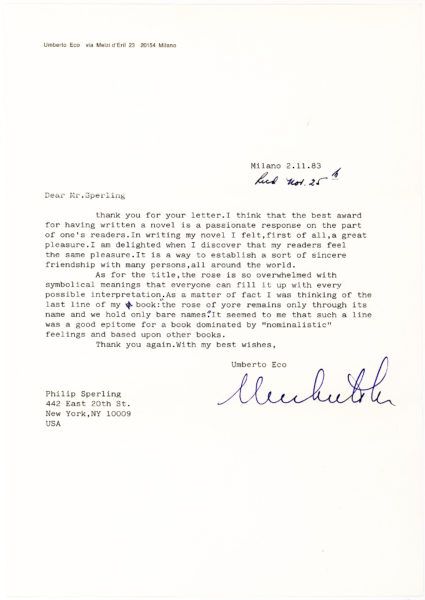