After receiving his artistic training in Communist East Berlin, Baselitz rebelled against state sanctioned realism and helped revive expressionism, leading a neo-expressionist movement that rejected minimalism and conceptualism. At his 1963 inaugural solo exhibition in West Berlin authorities seized his painting Die grosse Nacht im Eimer or Big Night Down the Drain due to alleged lewd content, and his series Heroes and Partisans grapple with post-war German identity. In 1969, Baselitz famously began painting his subjects upside down. His “inverted paintings” challenge viewers’ familiarity with and understanding of the subject. Our postcard reproduces one of a series of three color woodcuts Baselitz made in 1991.

Signed in the lower portion of the image and in excellent condition; uncommon. 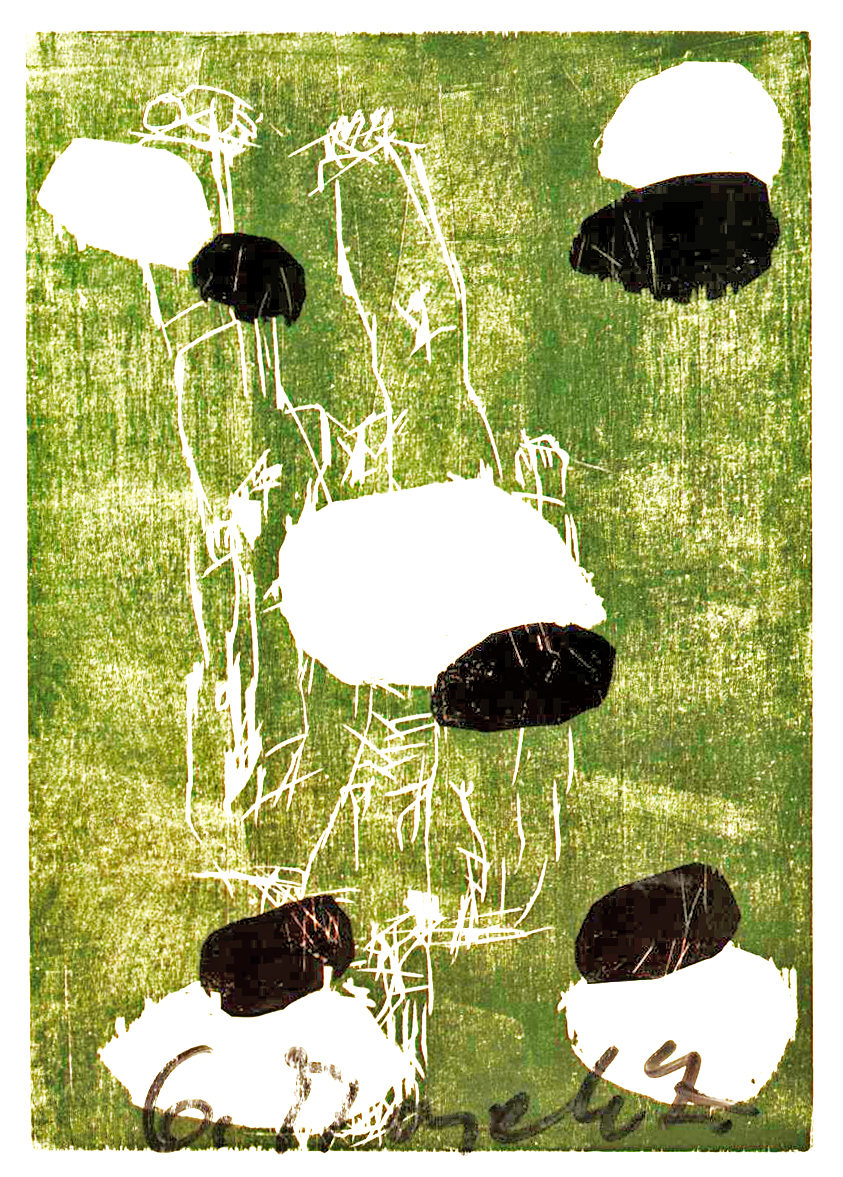 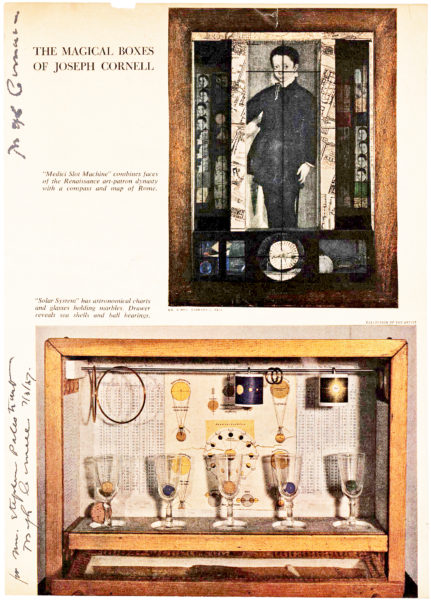 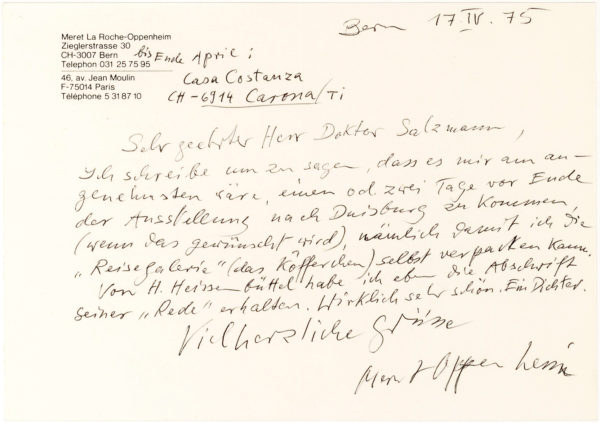 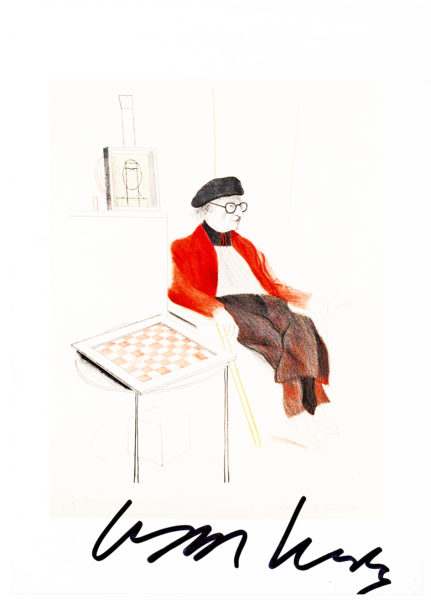