The U.S. Senator from New York Defends his Support of the U.N.: “I firmly believe the United Nations to be the single most important agency available to keep world peace”

You may be sure I appreciate your interest on this important issue as I firmly believe the United Nations to be the single most important agency available to keep world peace. With best wishes, Sincerely…” 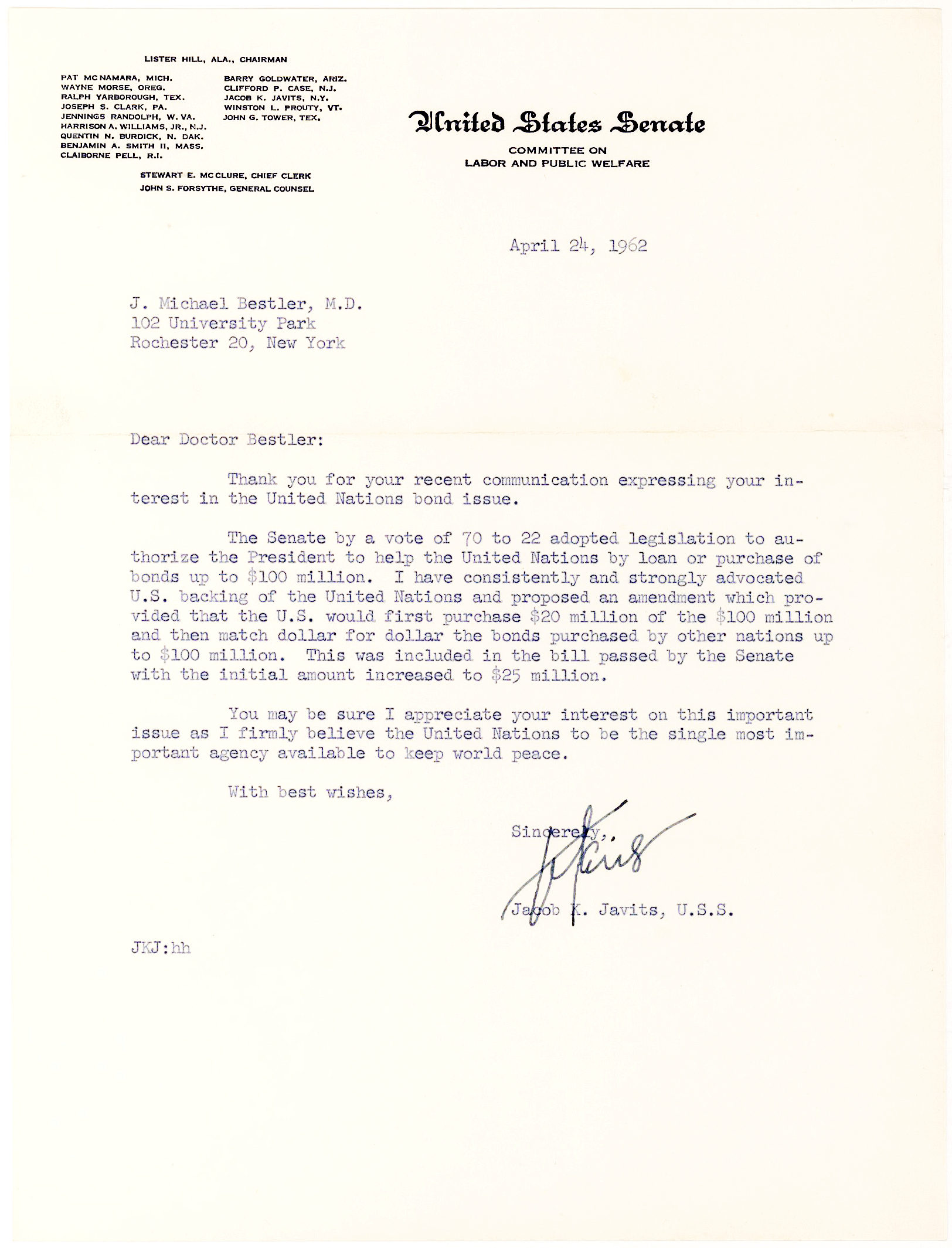 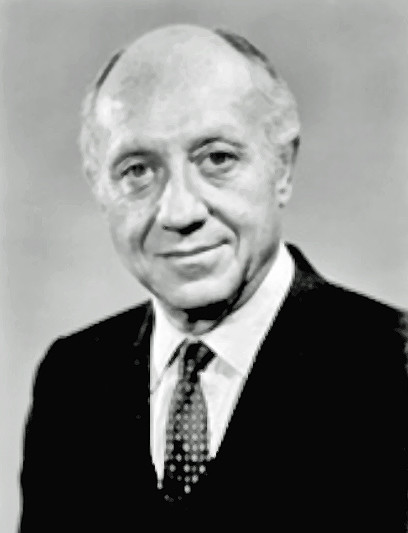 Trained as an attorney, Javits began his political career after disapproving of the corruption of Tammany Hall dominated politics in New York City. A supporter of Republican mayor of New York Fiorello LaGuardia, Javits represented New York in the House of Representatives from 1947-1954, served as New York’s attorney general from 1955-1957 and returned to Congress when he was elected to the Senate in 1957, a position he held until 1981. During his long tenure, Javits supported President Johnson’s Great Society programs, but later criticized his handling of the Vietnam War, voting for the War Powers Resolution designed to curb presidential power.

Our letter regards Senate Bill 2768, to loan $100 million to the United Nations. At the time, the UN was in financial difficulty because of the cost of peace-keeping operations in the Congo and in Gaza, which a number of member nations refused to support. “The refusal of certain nations, notably the Soviet bloc, most Arab nations, France and Belgium, to contribute to one or both of those operations was viewed as an attempt to exercise a financial veto over UN peacekeeping activities. It was feared that the financial crisis caused by these delinquencies could reduce the UN to impotence. When the bond issue was voted, it was agreed that its success, and perhaps UN future effectiveness, depended on a substantial U.S. subscription,” (“Loan to United Nations Authorized,” CQ Almanac). As indicated in our letter, Javits was a supporter of the bond issue and mentions amendments made to the legislation during review by the Foreign Relations Committee. Seven months after our letter, Javits was reelected to his second of five terms in the Senate.

The U.S. Senator from New York Defends his Support of the U.N.: “I firmly believe the United Nations to be the single most important agency available to keep world peace” 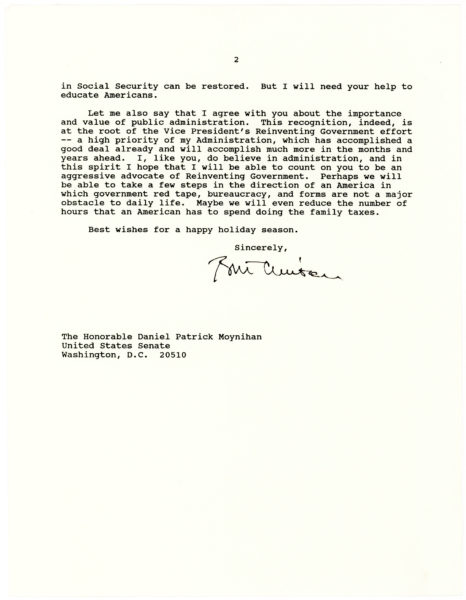