Rare, Large and Inscribed Photograph by the Author of War and Peace

Born into Russian aristocracy, Tolstoy’s life and writing were influenced by his military experiences in which he fought the Chechenians and Tartar rebels on the Georgian border in the Caucasus. Tolstoy drew on his ten years of service when he commenced work on his epic novel War and Peace that described the fate of three Russian families following the aftermath of Napoleon’s 1812 Russian invasion. In 1877, he published Anna Karenina, a masterpiece of realist fiction for which he is equally well remembered. 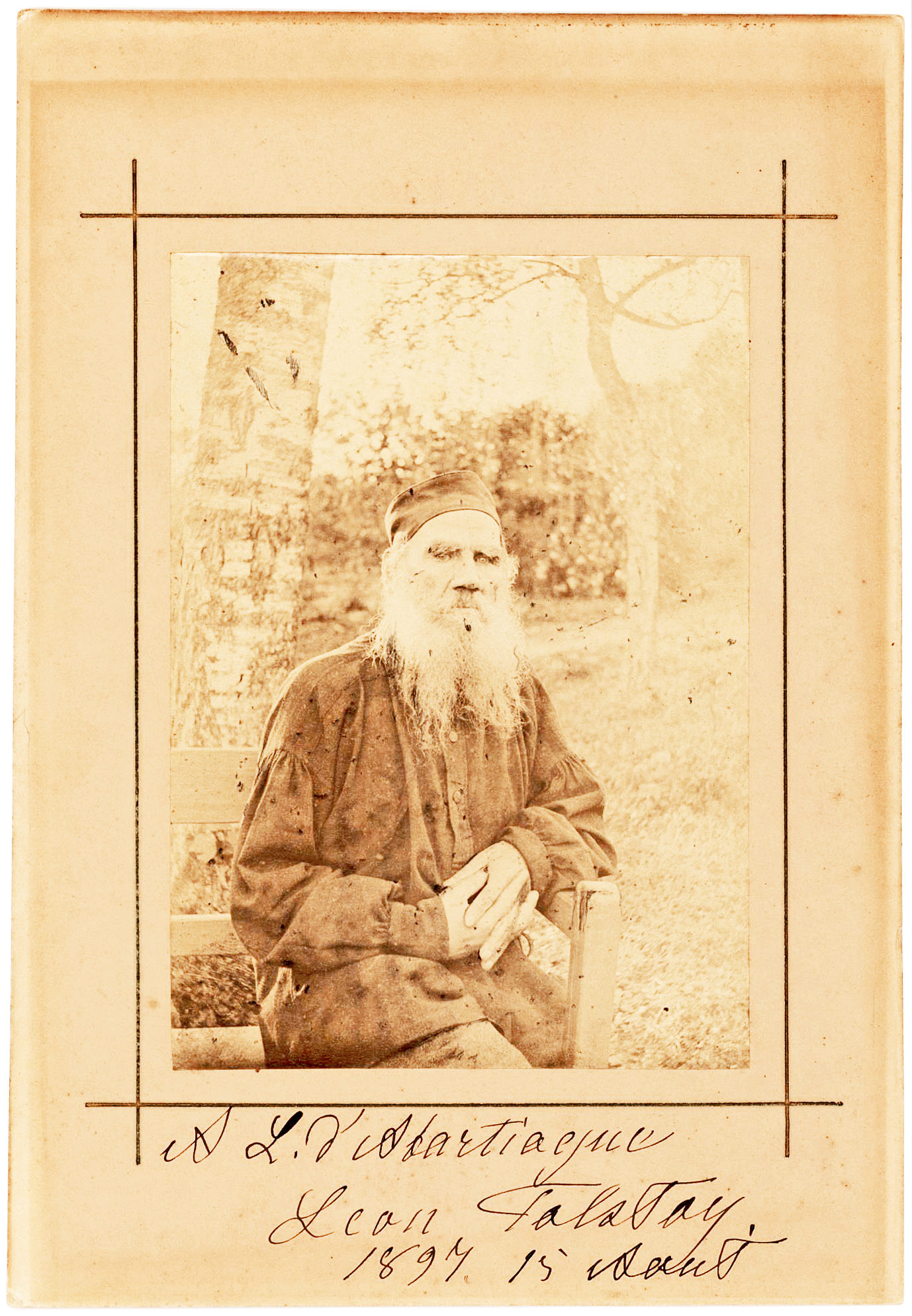 Tolstoy’s later works detail the evolution of his religious beliefs including the Christian philosophy of non-violence which prompted him to reject all institutions of violence, especially the military. Grappling with this spiritual crisis won him a following of moral and spiritual pilgrims, including Mahatma Gandhi and Martin Luther King, Jr.

D’Arbartiague’s scholarship on the origins of the Basques includes L’Atlantide et les Basques, a bibliography of works relating to Atlantis and the Basque people.

Our frequently-reproduced image, the photographer of which is unknown, was clearly one of Tolstoy’s favorites and likely taken at his family estate Yasnaya Polyana, now a museum dedicated to his memory. An identical image, for example, can be found in the Collection of State Museum of Leo Tolstoy in Moscow.

With some light matte burn at the blank margins and minor spotting. In very good condition and uncommon this size and signed with the French version of his first name.

Rare, Large and Inscribed Photograph by the Author of War and Peace 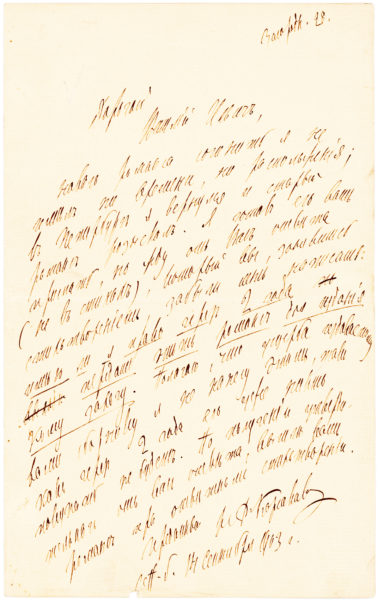 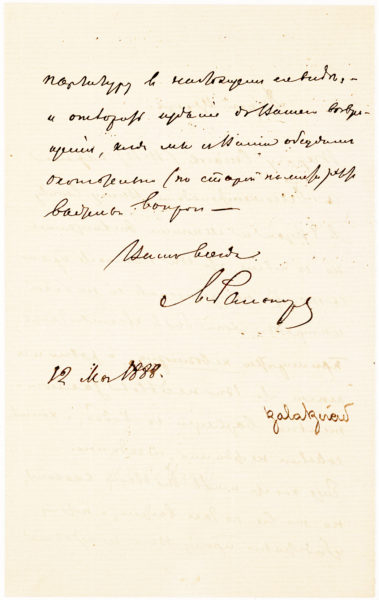