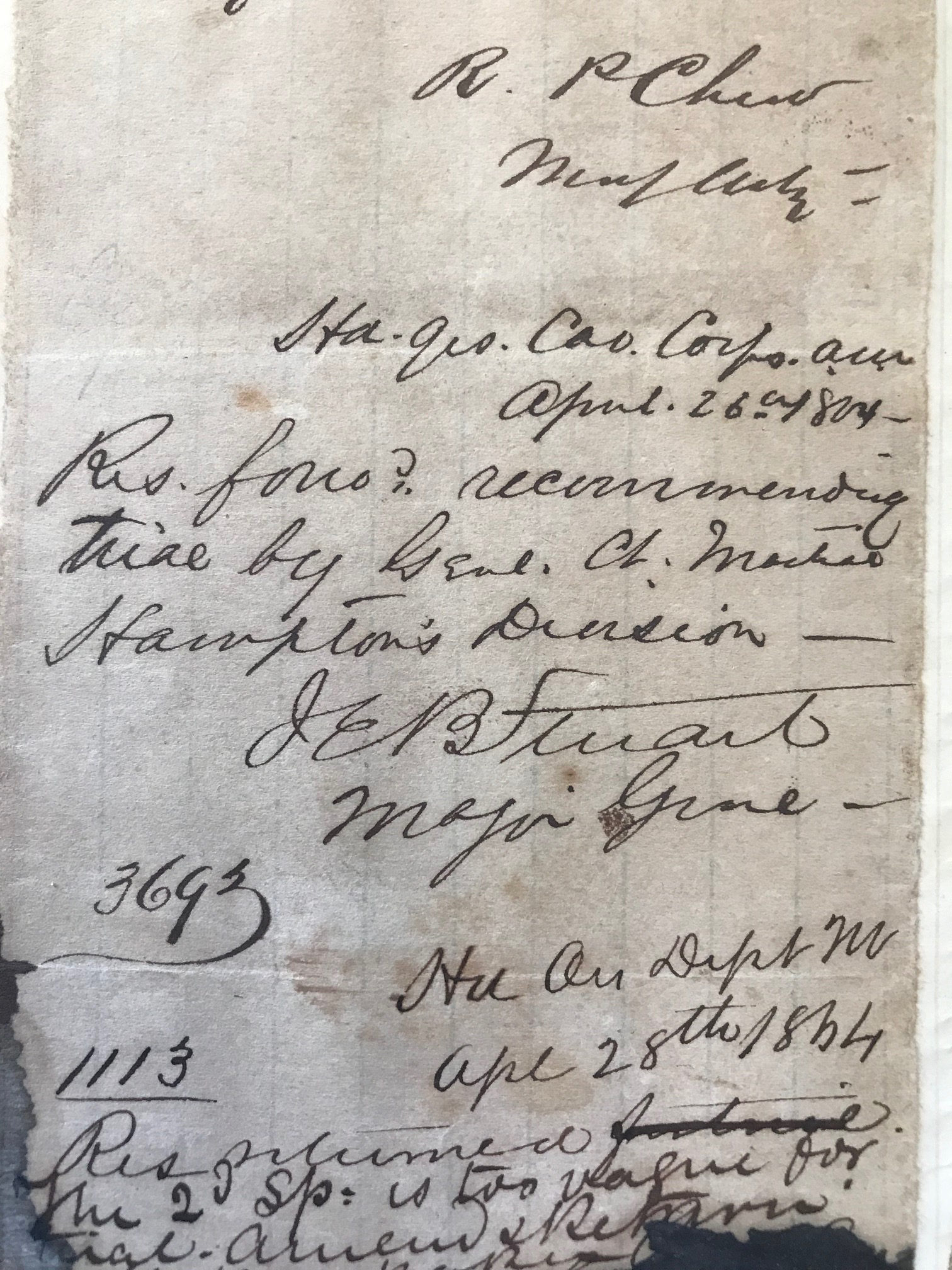 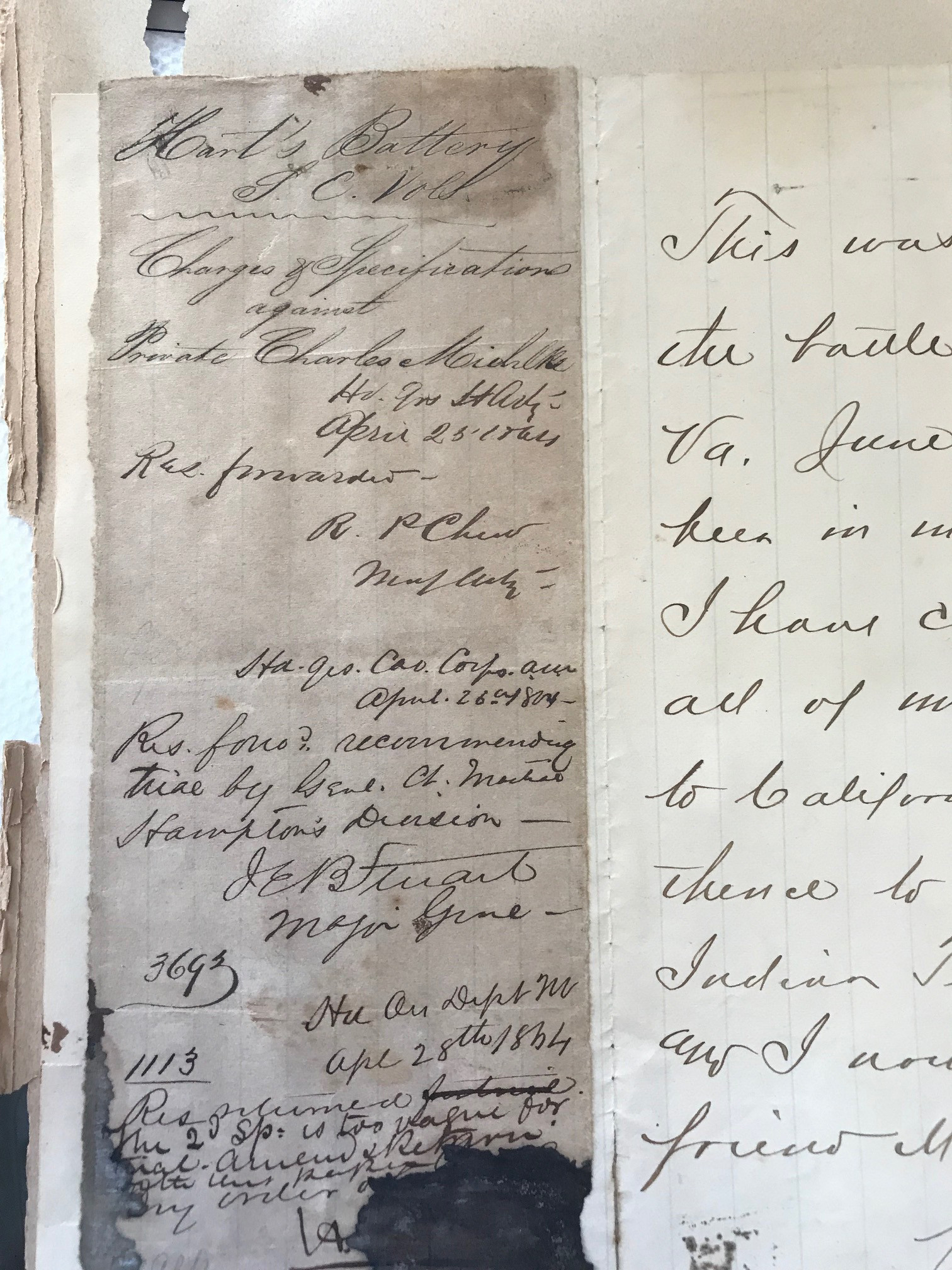 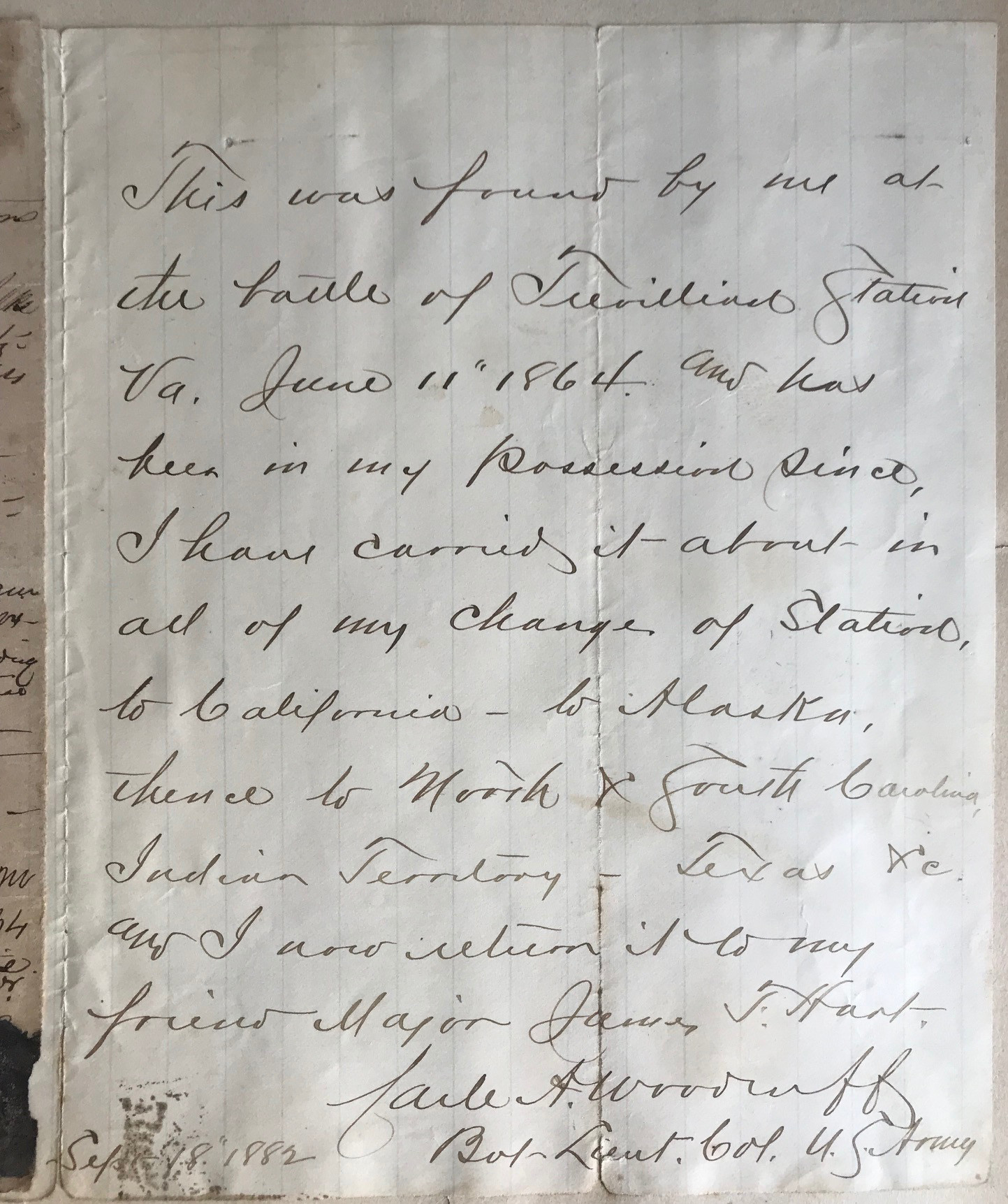 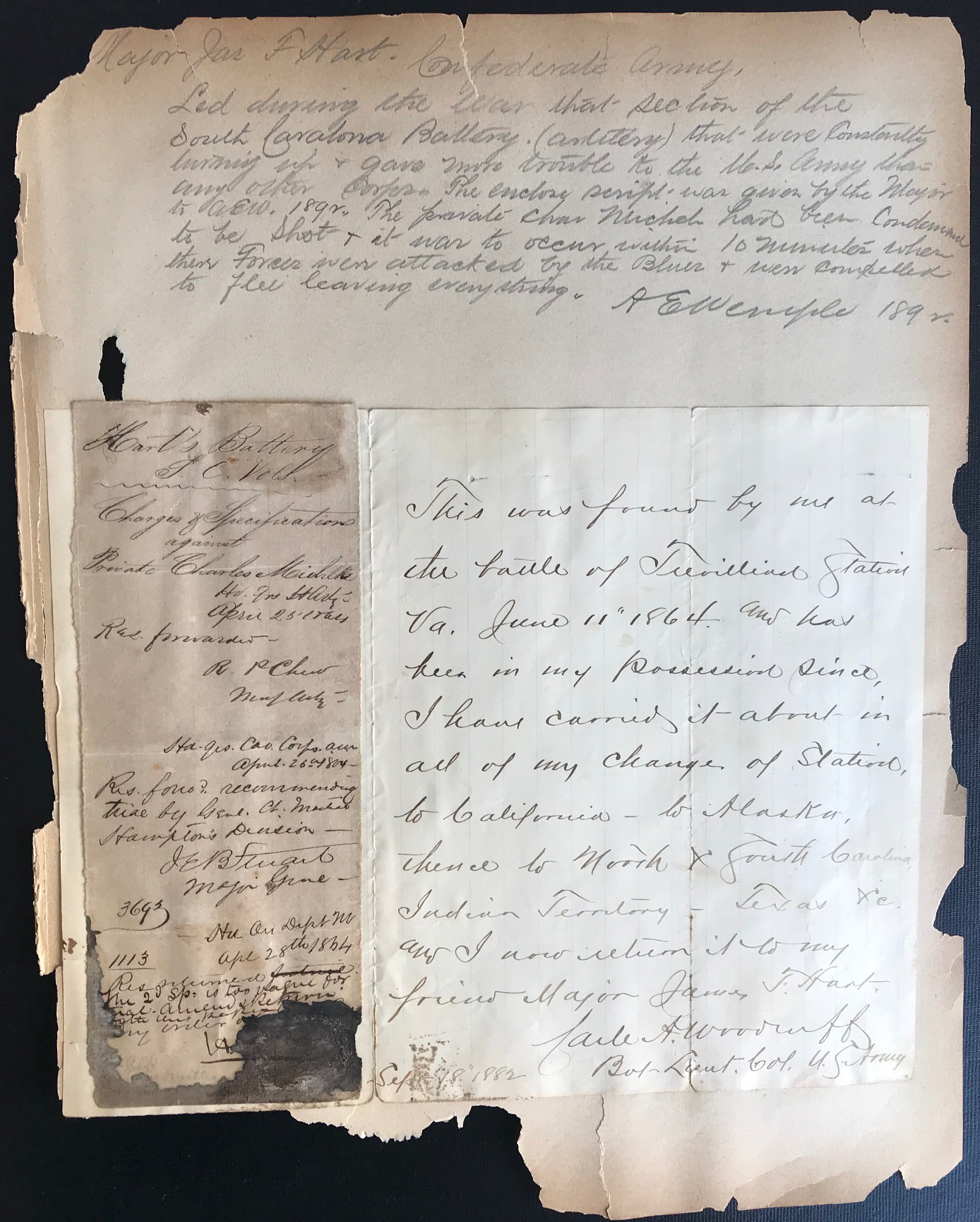 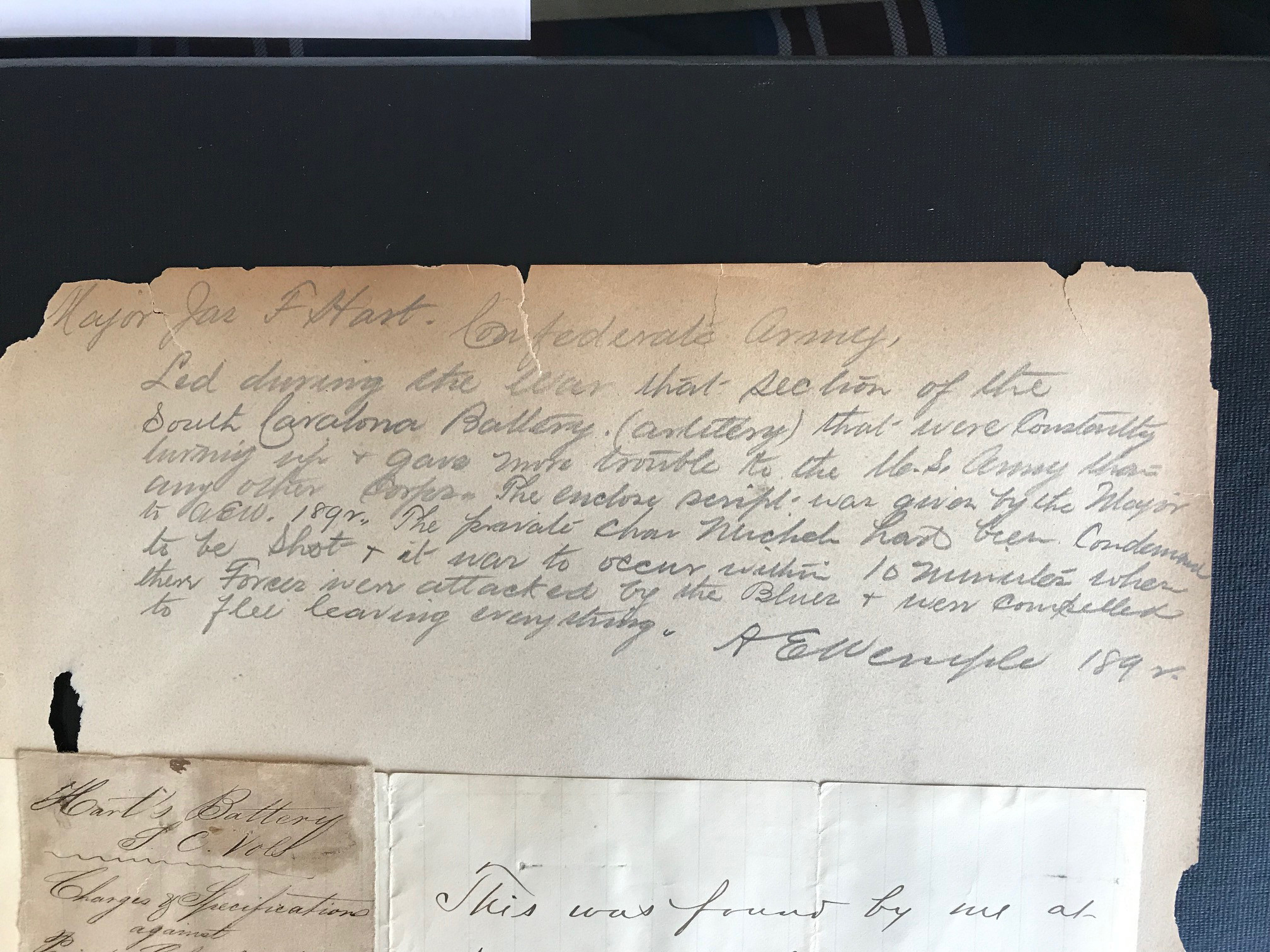 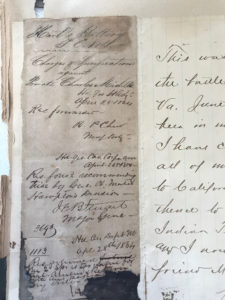 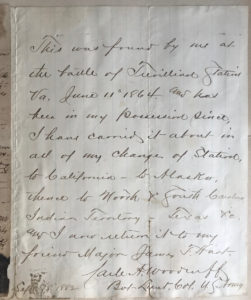 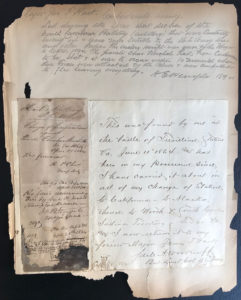 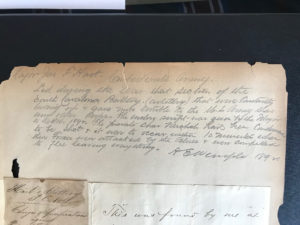 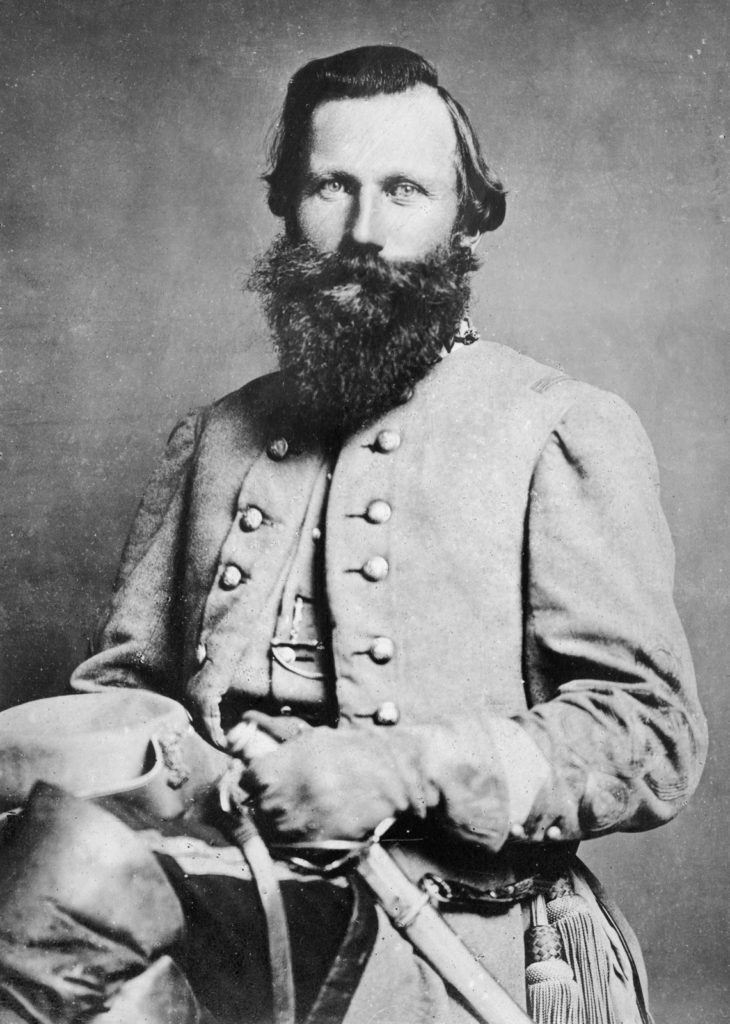 Stuart, a West Point graduate and veteran of battles with American Indians on the Western Frontier and the conflicts over slavery dubbed “Bleeding Kansas,” assisted in capturing John Brown after his raid on Harper’s Ferry. Upon Virginia’s secession from the Union, Stuart resigned his military commission and joined the Confederate Army. Recognized for his success during the Peninsula and Maryland Campaigns as well as the Battle of Chancellorsville, Stuart rose through the ranks, gaining the trust of Robert E. Lee along the way. After Gettysburg, Lee reorganized the cavalry and placed Stuart in charge of the Cavalry Corps of the Confederate Army of Northern Virginia, consisting of two divisions of three brigades, which included “Hampton’s Division,” one of Stuart’s two cavalry brigades, headed by Wade Hampton III (1818-1902), who is instructed to conduct the court martial referred to in our document.

Stuart’s endorsement is written beneath that of Roger Preston Chew (1843-1921, “R.P. Chew”), chief of Stuart’s cavalry’s guns. Chew had raised “Chew’s Battery” at the outbreak of the war and distinguished himself under Stonewall Jackson.

Stuart penned this endorsement just before the start of the Overland Campaign during which Ulysses S. Grant led an offensive against Lee’s forces in Virginia. The campaign lasted from May 4-June 24, 1864 and included the Battle of Yellow Tavern, 15 days after the date of our document, where Stuart was mortally wounded. President Jefferson Davis, visiting Stuart on his deathbed, inquired “General, how do you feel,” to which Stuart replied, “Easy, but willing to die, if God and my country think I have fulfilled my destiny and done my duty.” He died the following day, on May 12, 1864 at the age of 31.

Stuart is considered, along with Stonewall Jackson, to be one of the most talented American cavalry commanders in history.

Pasted to a sheet of lined paper on which the following text appears, “This was found by me at the Battle of Trevilian Station Va. June 11, 1864 and has been in my possession since. I have carried it about in all my change of station, to California, to Alaska, thence to North & South Carolina, Indian Territory, Texas &c. and I now return it to my friend Major James F. Hart. Earle A. Woodruff, Bvt. Lieut. Col U.S. Army Sept. 18, 1882.” The Battle of Trevilian Station took place from June 11-12, 1864, during the Overland Campaign and is remembered as the largest, bloodiest cavalry battle of the war. Both the endorsement and the accompanying note from Woodruff are attached to a larger sheet headed by a penciled biographical note about Hart from 1892.

Stained and folded with irregular edges and a large ink blot, none of which affects the endorsement. Quite possibly one of the last communications ever penned by this great general of the Confederacy. Rare! 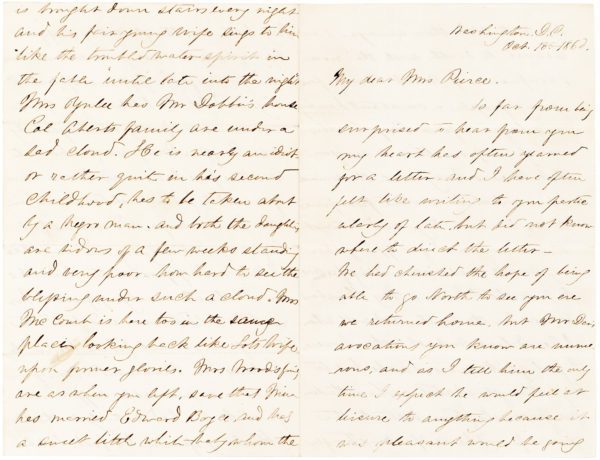 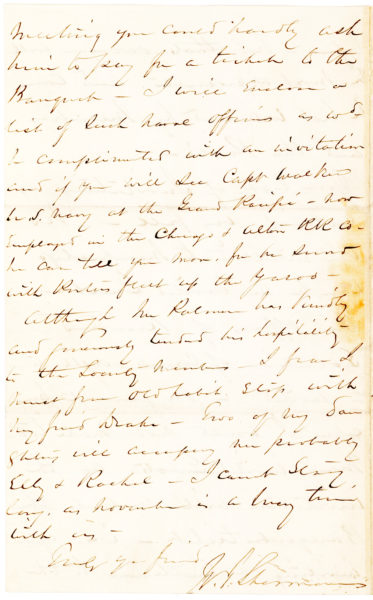