After successfully vaccinating animals against anthrax and chicken cholera, Pasteur, who had witnessed a horrifying fatal outbreak of rabies as a boy, chose in 1882 to focus his research on developing a rabies vaccine. After several years of experimentation, he used a weakened form of the virus to save the life of a nine-year-old boy who had been attacked by a rabid dog. The success of his vaccine, his most celebrated achievement, was recognized with the 1888 opening of the Pasteur Institute in Paris. Pasteur remained at the head of the institute, the mission of which was to research the treatment and prevention of rabies, until his death in 1895.

Some dust staining and wear. In overall fine good condition. Uncommon in this form. 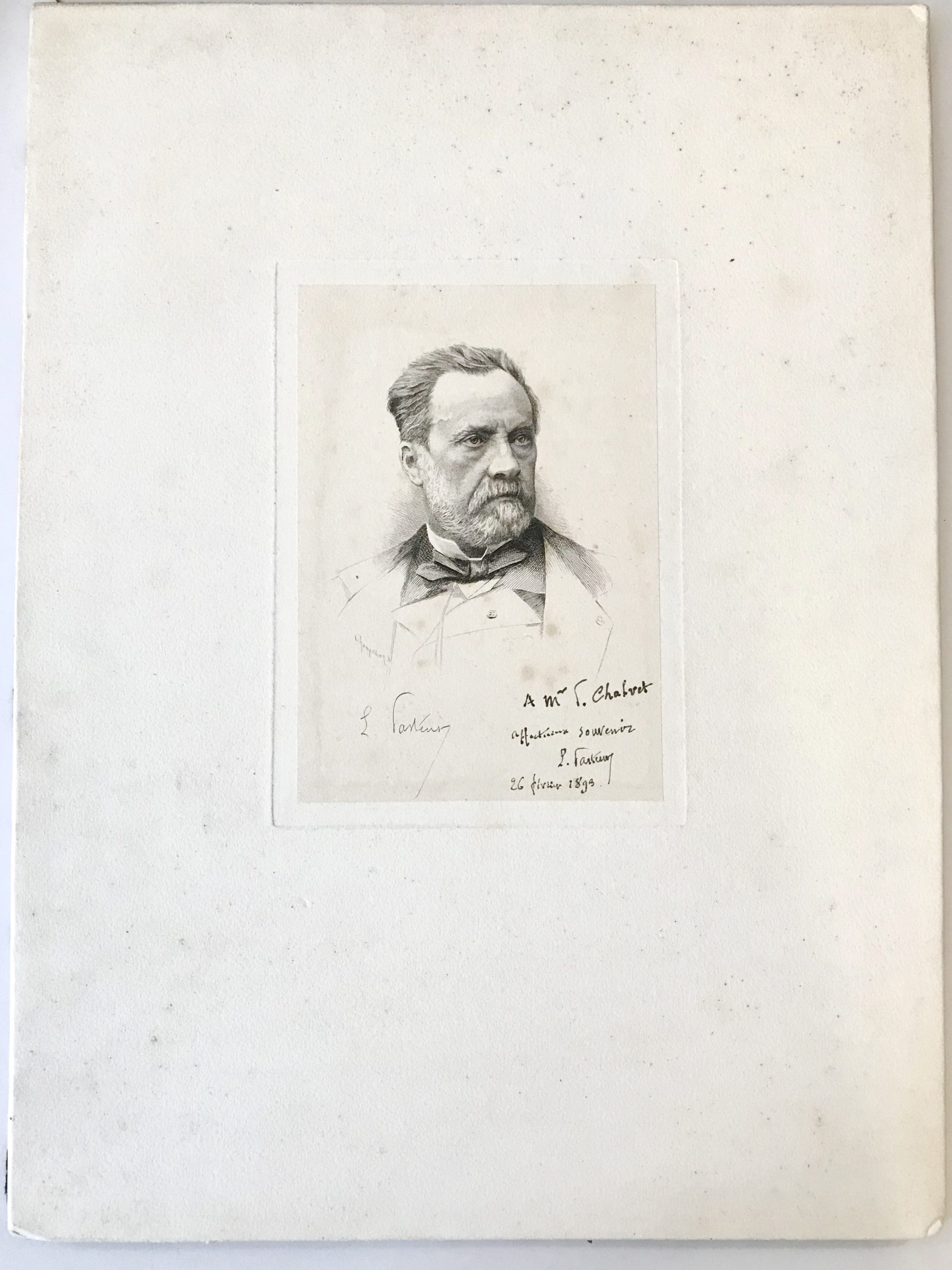 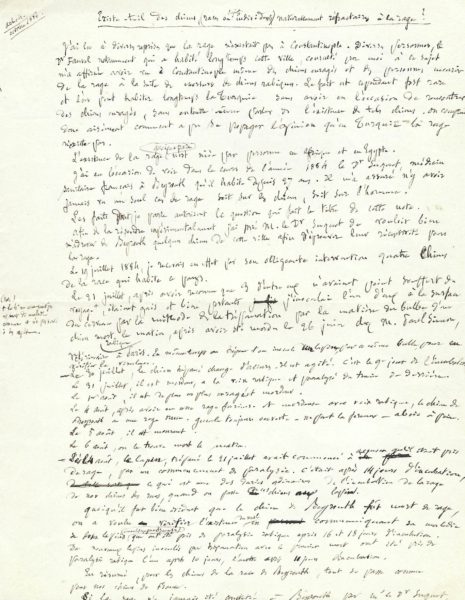 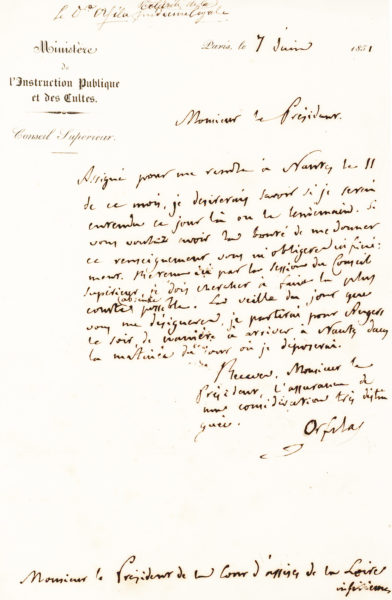 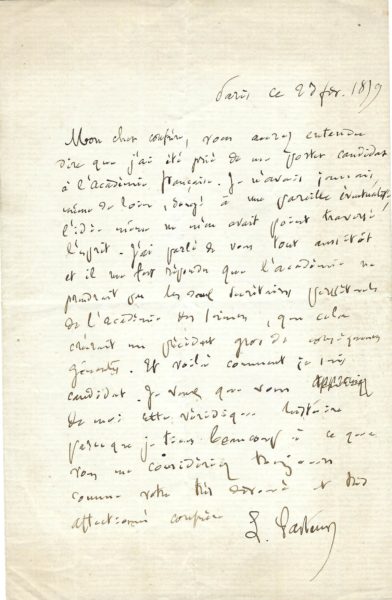