While still living in Russia, fueled by the pogroms and anti-Semitic legislation that proliferated in the Imperial Russian Empire in the 1880s, Ussischkin co-found Bilu, a movement dedicated to the agricultural settlement of Palestine. Ussischkin was secretary of the First Zionist Congress, and after making Aliyah in 1919, he headed the Zionist Commission in Palestine. In 1923, he became president of the Jewish National Fund, Keren Kayemeth Le’Israel, dedicated to purchasing land in Palestine for development.

Struck was a member of the Berlin Secession movement, who published an important treatise on etching, Die Kunst des Radierens (The Art of Etching) in 1908, and carried out commissioned portraits of high-profile figures including Albert Einstein, Oscar Wilde, Henrik Ibsen, and Fridtjof Nansen. During World War I, he earned the Iron Cross fighting for Germany, but was also an active Zionist and a founder of the Mizrachi Zionist movement. After his 1922 immigration to Palestine, he helped establish the Tel Aviv Museum of Art.

With deckled edges on two sides with a light paperclip impression in the upper left corner, otherwise in excellent condition. An identical image, though apparently only with Struck’s printed signature, is in the Schwadron Collection of the National Library of Israel. Rare. 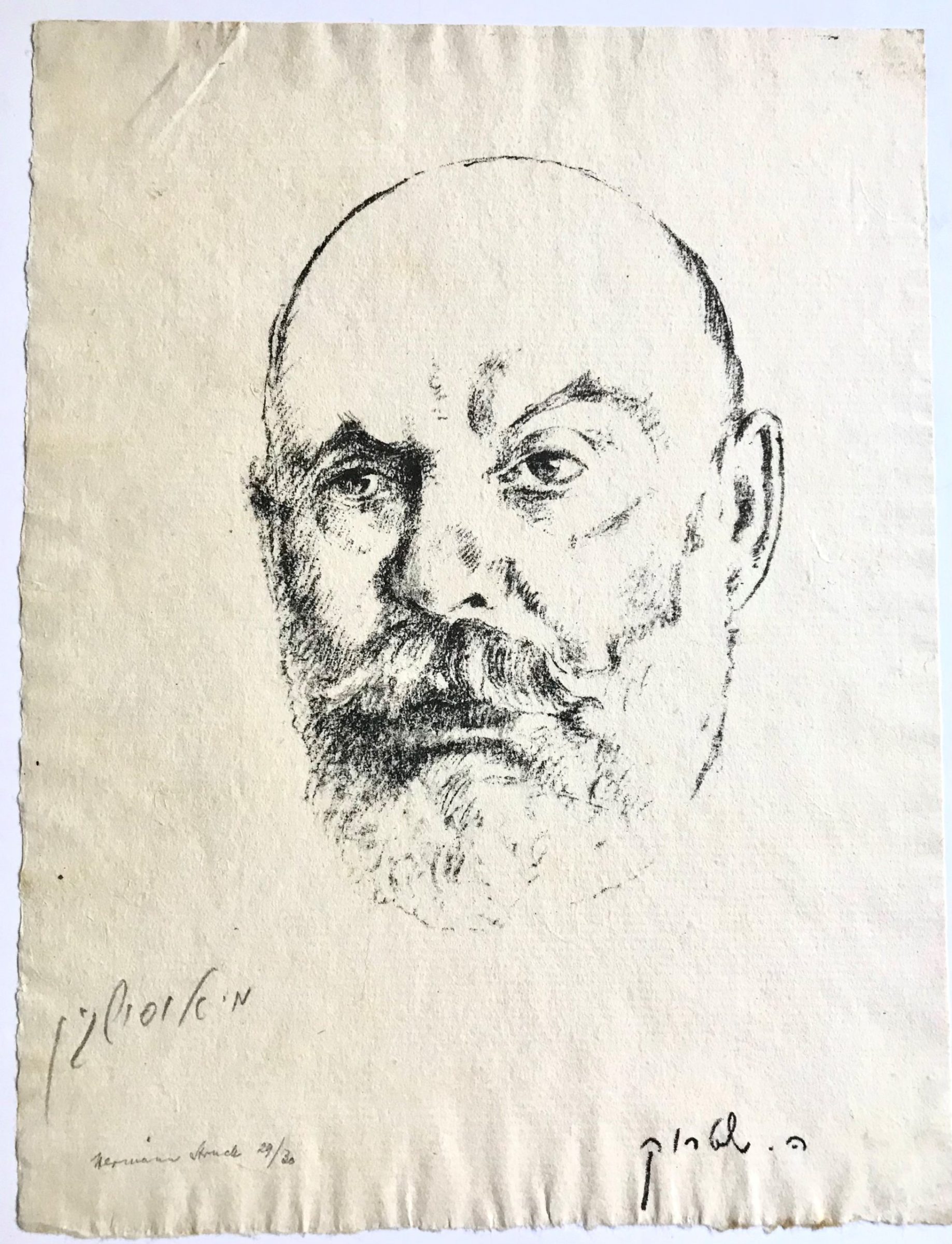