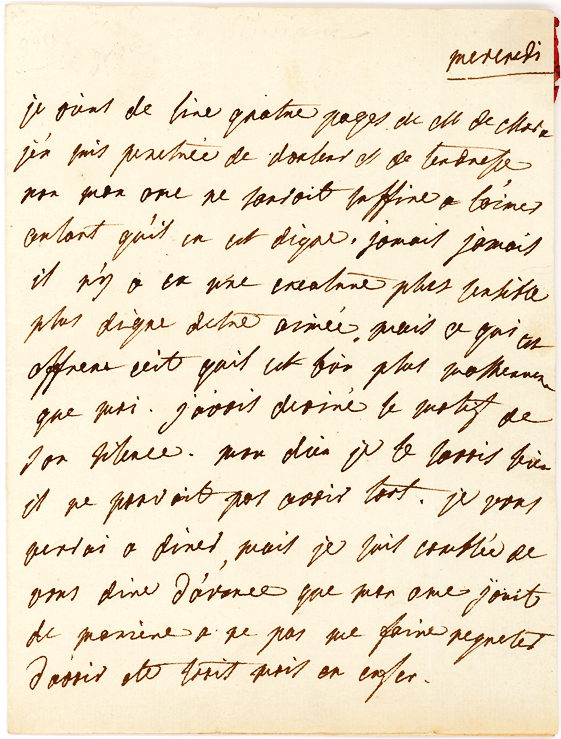 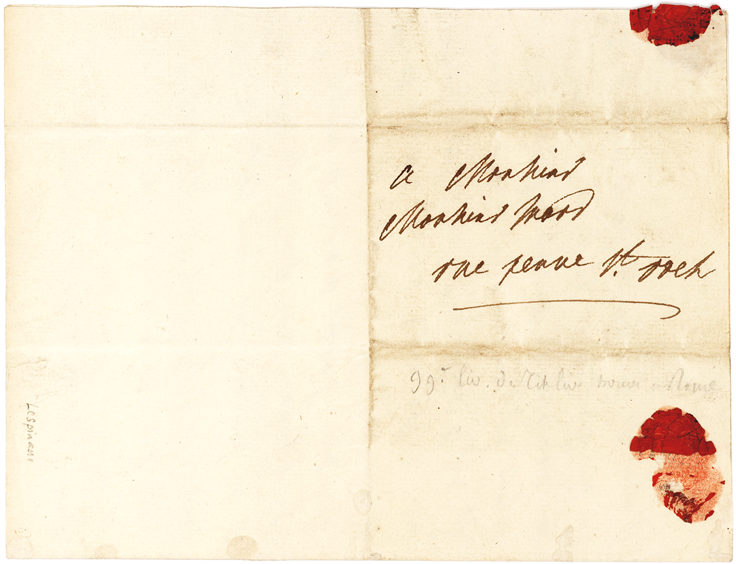 “I just read four pages from M. de Mora. They filled me with aching and tenderness, for my heart will not know how to increase my love for him as much as he deserves. Never, never has there been a being more kind, more deserving of being loved. But what hurts me is that he is much unhappier than I am. I had guessed the reason for his silence. Good Lord, I knew very well that he could not be wrong. I will see you for dinner but I must tell you in advance that my heart is full of joy not to have to regret having been in hell for three months.”

Born out of wedlock, Lespinasse received a convent education before becoming the companion and protégée of her aristocratic aunt, Marie Anne de Vichy-Chamrond, marquise du Deffand, a patron of the arts and prominent Parisian salon hostess. There, Lespinasse entertained diplomats, aristocrats, philosophers, and politicians, and after a decade, her popularity surpassed her aunt’s. Following a quarrel, Lespinasse established her own salon – one that was frequented by many of those who used to attend her aunt’s soirees.

Among the attendees was Don José y Gonzaga, Marquis de Mora (1744-1774), the son of the Spanish ambassador, who she met in 1766. The pair fell in love the following year despite his family’s disapproval and his engagement to another woman. At the end of his father’s diplomatic posting, in 1771, Mora was forced to return to Spain, and while there, fell gravely ill with tuberculosis. Though deeply distressed by his absence and despite her concurrent relationship with the French military strategist Jacques-Antoine-Hippolyte, Comte de Guibert, Lespinasse hoped to wed Mora upon his return to France. Sadly, however, he died on his way back to Paris at the age of 30, and her affair with Guibert ended with his marriage to another woman. Lespinasse, prone to depression and addicted to opium, died from a broken heart at the age of 43.

Her correspondence was published in 1809 and excited “profound interest… in the literary world, almost from the moment of their first publication, by pages that revived as it gave a second life to, the soul of a woman dead… thirty years and whose name was scarcely known to the new generation,” (Julie de Lespinasse, de Ségur). Recognized for both their passion and literary merits, her letters have been compared by critics to the letters of Héloïse and the anonymous 17th-century author of Letters of a Portuguese Nun.

Written on a folded sheet with the integral address leaf intact. Folded and with remnants of red wax seal. In very good condition and rare. 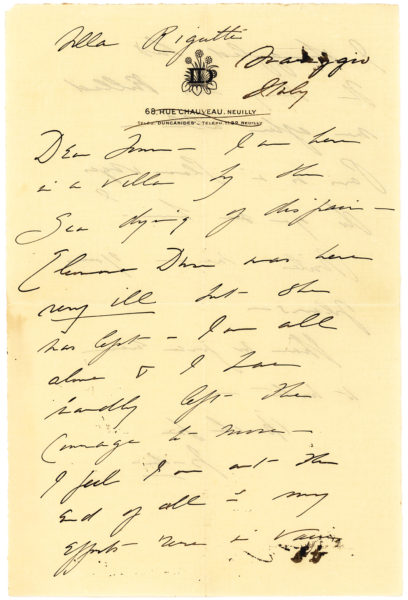