The “Mick’s” Bar-Coaster, Baseball-Related Note of Encouragement: “To Jim, Hope you hit 300 your Pal…”

“To Jim Hope you hit 300 your Pal Mickey Mantle”

Mantle was discovered by a New York Yankees scout in 1948 while still in high school. After his graduation he was signed to the Class-D minor league Independence Yankees where he played shortstop. After his promotion to the Class-C Joplin Miners, he was invited to the Yankees instructional camp where the manager decided to put him in right field during the 1951 season. 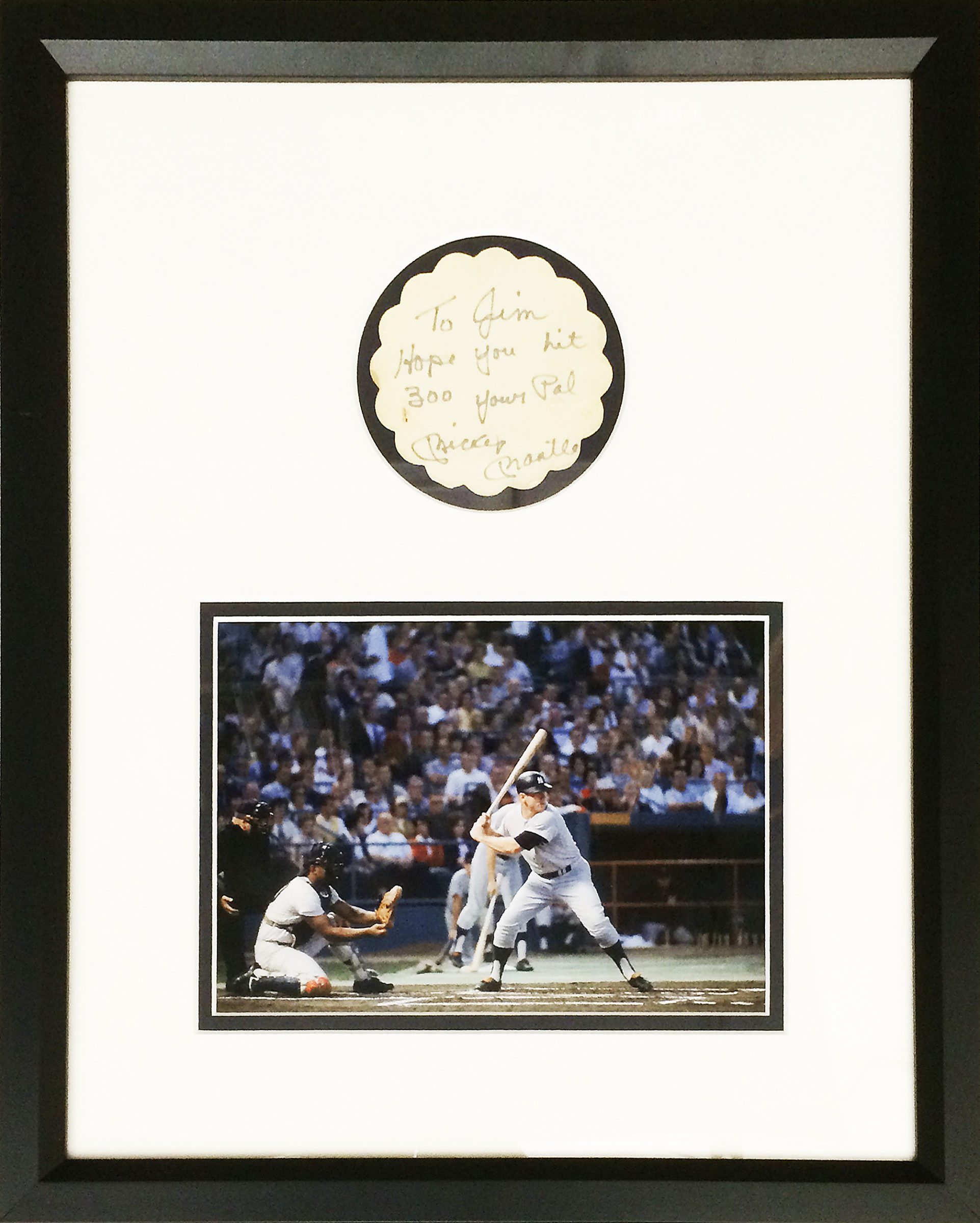 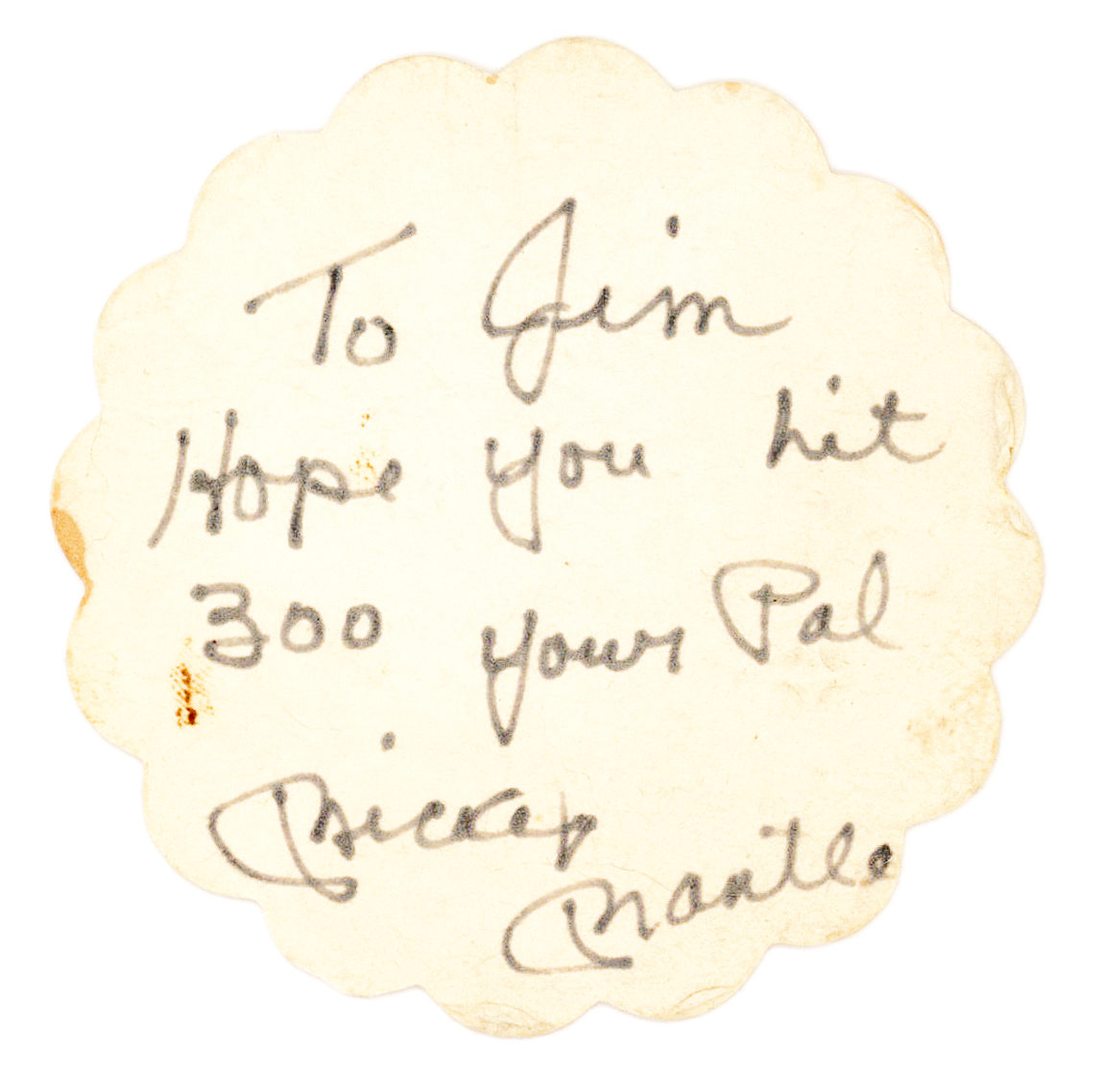 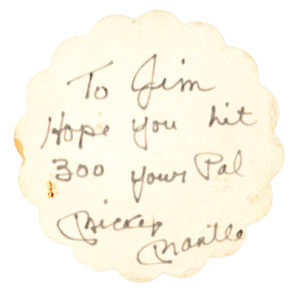 His first assigned uniform, #6, was the number directly after Joe DiMaggio, indicating the Yankees’ high expectations. After a brief slump he was demoted to the Yankees’ farm team in Kansas, but returned to New York where he soon replaced DiMaggio in center field, wearing the #7 jersey, and becoming famous for his performance as a hitter and a fielder. In 1956, his batting average was .353 with 52 home runs and 130 RBIs, winning him the Triple Crown and Most Valuable Player Award, a distinction he went on to win two more times. Mantle played for the Yankees until his 1969 retirement, which, due to the declining performance of his last four years, dropped his overall batting average to .298, just shy of the “300” he has penned on our coaster. However, Mantle is still remembered, along with DiMaggio, Lou Gehrig and Babe Ruth, as one of the greatest players of all time. During the 1980s, Mantle owned a sports bar in New York and worked for Claridge Resort and Casino in Atlantic City, which led Major League Baseball to distance itself from him for a time. He died after a lifetime of alcohol abuse at age 63. Embossed in gold with a picture of a royal flush and the phrase “The Winning Hand.” Paperclip impression, some scattered staining and wear. In very good condition. Archivally matted and framed.

The “Mick’s” Bar-Coaster, Baseball-Related Note of Encouragement: “To Jim, Hope you hit 300 your Pal…” 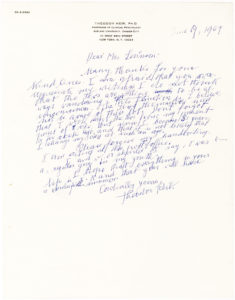 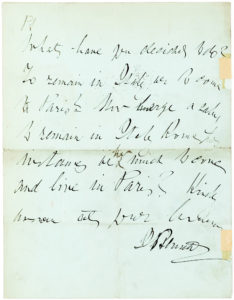 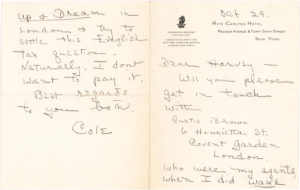