“Enclosed — the letters about the bomb inscription. How about using some quotes from Williams Ernest Hocking? They’re pretty good – I think he is top, in philosophy and otherwise – Anne discovered him for me, as usual. I see you have Whitehead’s name in the outline, now. have [sic] you read his Adventures of Ideas? I think the first two or three and the last chapters are wonderful. The middle of the book is too much for me – or at least it was the last time I attacked it, several years ago. I enclose a book Hocking gave me the last time I saw him. Please be very careful of this one. I went up to Cambridge to talk to Whitehead once, years and years ago. He was an extraordinary man. I’ll be off soon, but not sure what day…” 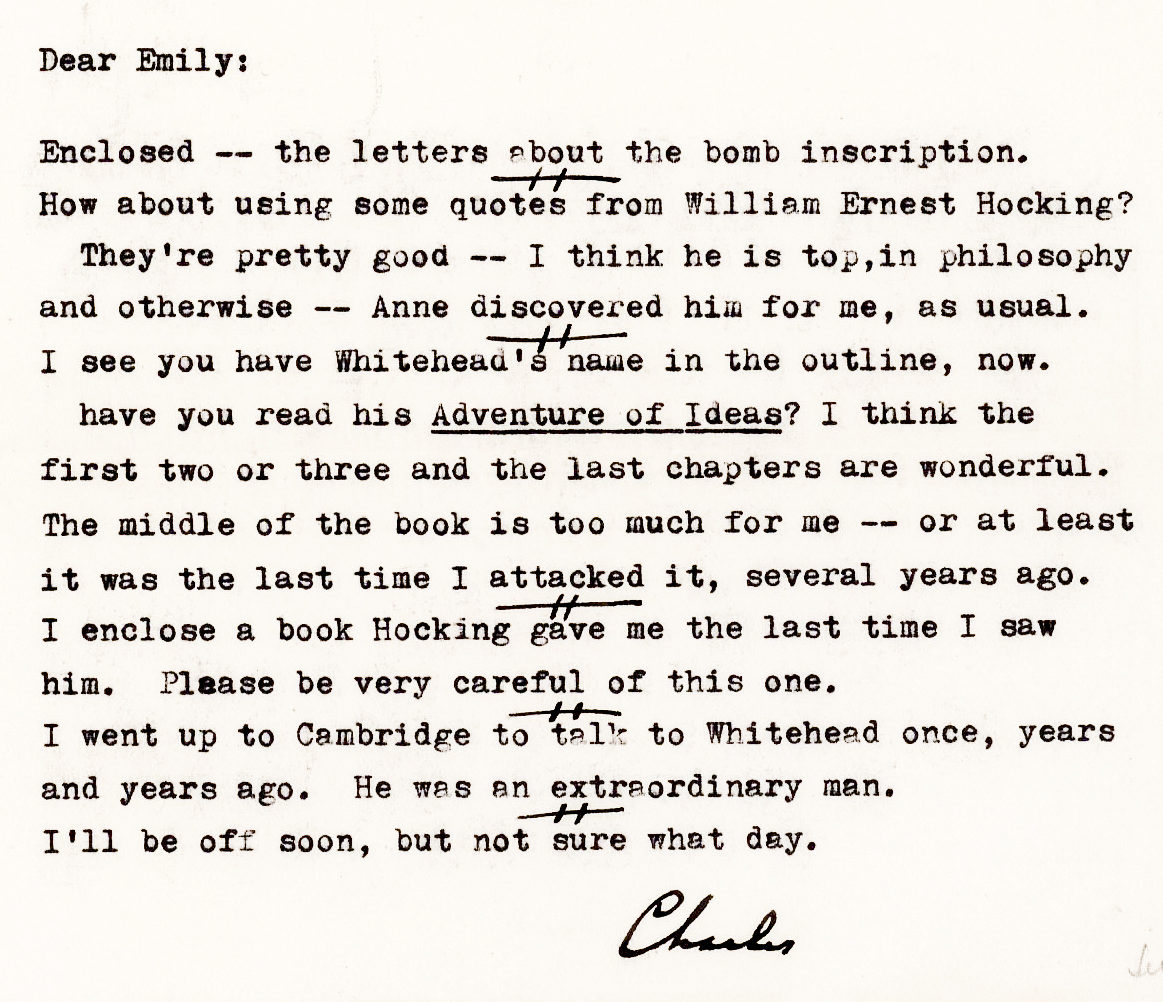 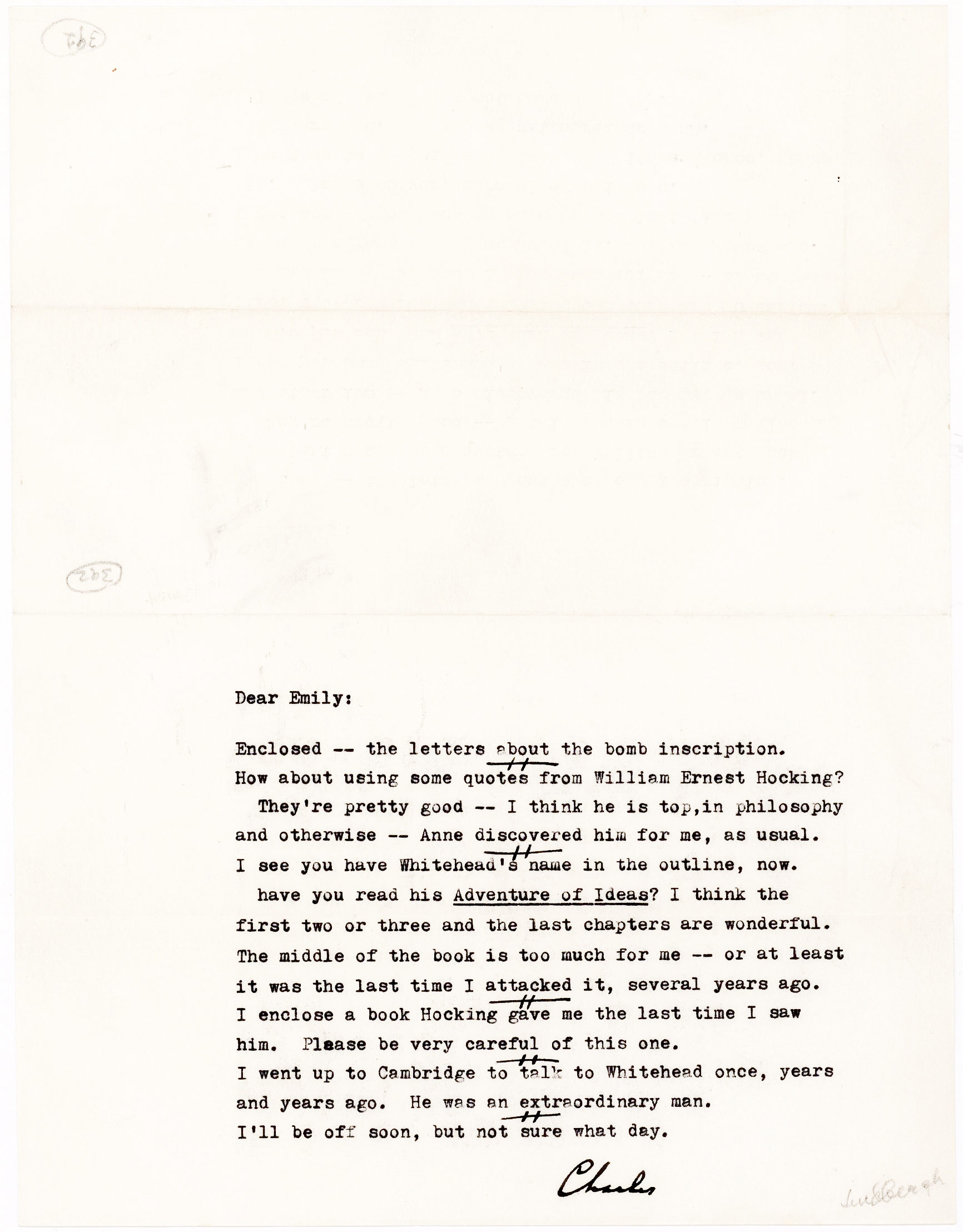 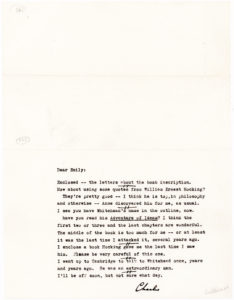 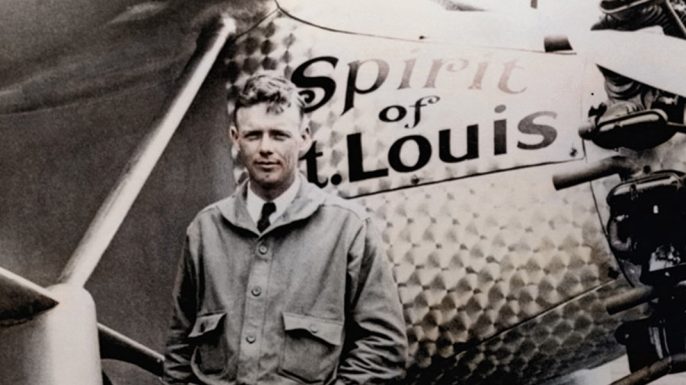 In 1927, Lindbergh’s transatlantic flight in The Spirit of St. Louis brought him international acclaim and led to a tour of the United States, Latin America and Mexico, where he met and courted Anne Spencer Morrow (1906-2001), the daughter of the recently-appointed American ambassador; they were married on May 27, 1929.

In 1954, Davie, the granddaughter of a founder of Standard Oil, authored Profile of America: An Autobiography of the U.S.A., for which Lindbergh wrote the foreword. “The book, an illustrated history of the United States, was a compilation of writing by Americans like Thoreau and Jefferson. It was critically acclaimed and a best seller,” (“Emily Kornfeld, 73; Wrote a Best Seller, ‘Profile of America,’” The New York Times). The book became the subject of controversy after “a U.S. House Subcommittee halted overseas distribution of [the book]… because it contained a photograph of a little red schoolhouse built in 1750. The U.S. Information Agency protested the decision, but Congress maintained that the offending picture would give the Russians the idea that one-room schools were prevalent in the United States. One member objected to the inclusion of a photograph of a Vermont schoolteacher because a friend had once seen a Russian book with a better-looking teacher. At this, Emily Davie, editor of Profile of America, told a Senate appropriations subcommittee ‘I didn’t think I had to show schoolteachers looking like the Rockettes,’” (Still Seeing Red: How The Cold War Shapes The New American Politics, White).

American philosopher Williams Ernest Hocking (1873-1966) served on the faculty of Harvard where he wrote and lectured on his philosophy of idealism, metaphysics and “negative pragmatism.” His most popular work, published in 1956, was The Coming World Civilisation.

British mathematician and philosopher Alfred North Whitehead (1861-1947) co-authored with his student Bertrand Russell Principia Mathematica, considered one of the most influential works of mathematics and logic of the 20th century. He is remembered for his later contributions to metaphysics and process philosophy and for his emphasis on the interconnectedness of the world. Whitehead was a prolific author whose works include the 1933 book Adventures of Ideas. His philosophy continues to influence such diverse disciplines as ecology, feminism, business, theology, education, and psychology. The philosophies of Hocking and Whitehead placed an emphasis on the development of the individual.

Typed on a folded sheet. Lindbergh has added paragraph breaks by hand. Folded and creased with a light pencil note in the lower left corner. In fine condition with the original handwritten envelope. 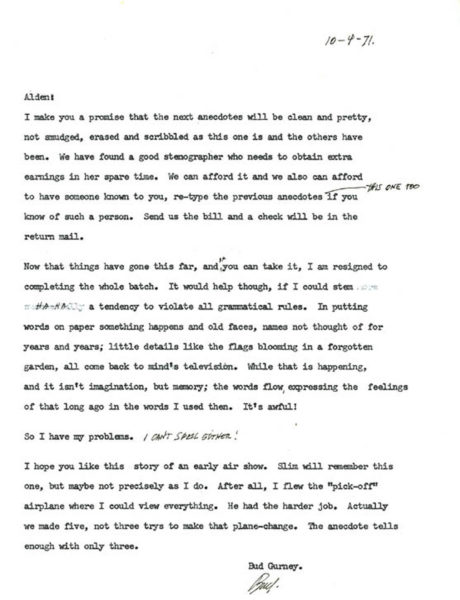