MILHAUD, DARIUS. (1892-1974). French composer of Le Boeuf sur le toit, La Creation du Monde and other staples of the 20th-century repertoire; a member of Les Six. SP. (“Milhaud”). 1p. 4to. (Aspen), 1959. A charming black-and-white head-and-shoulders photograph of the Milhauds. Inscribed on the lower blank margin to Austrian-American conductor FELIX POPPER (1908-2000), “who brought The Pauvre Matelot to Aspen.” Additionally inscribed by Milhaud’s wife, French actress MADELEINE MILHAUD (1902-2008) “Thanks for your patience and your good idea! MM” 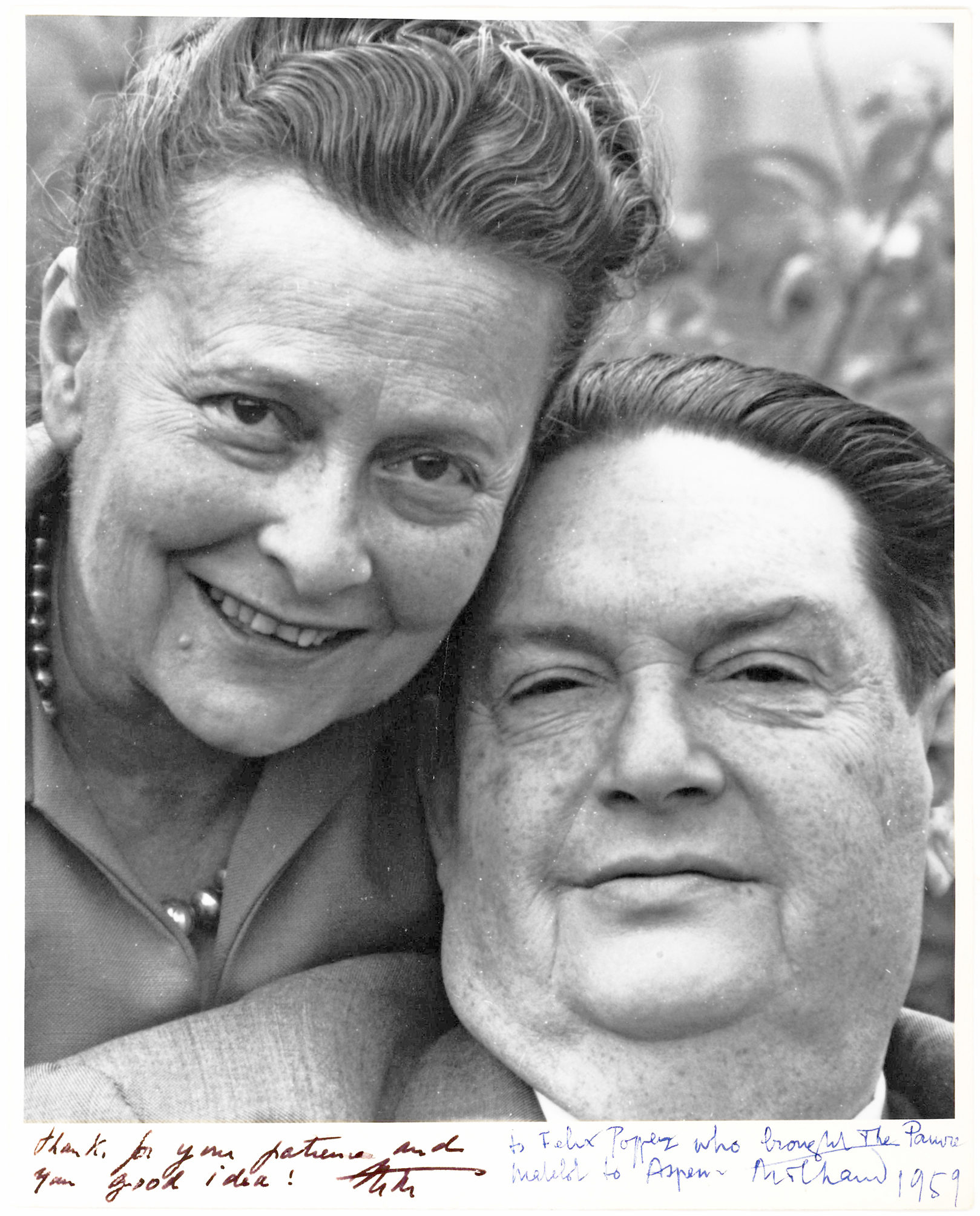 With the outbreak of war in 1939 and France’s subsequent defeat, Milhaud and his family fled to California. From 1940-1947, he taught composition at Mills College where his students included Dave Brubeck, Burt Bacharach and Steve Reich, and where Madeleine taught theater and French culture. Although he returned to France in 1947, he continued, until 1971, to teach at Mills College every other year (alternating with years he taught at the Paris Conservatoire) and was on the faculty of Aspen’s Music Festival and School.

Madeleine, was not only the dedicatee of Milhaud’s piano suite La Muse Menagère (The Household Muse) but also the librettist for Médée, Bolivar, and La mère coupable. Our photograph is dedicated to conductor Felix Popper who, like Milhaud, immigrated to the United States in 1940, from his native Vienna. Best known for his longtime affiliation with New York’s City Opera, he also served as director of the Aspen Music Festival’s opera department. Our inscription mentions Milhaud’s three-act opera The Pauvre Matelot (The Poor Sailor), with a libretto by Jean Cocteau. The opera premiered in Paris in 1927 and Milhaud recorded it with the Paris Opera in 1956. Rare in this large format and in very fine condition. 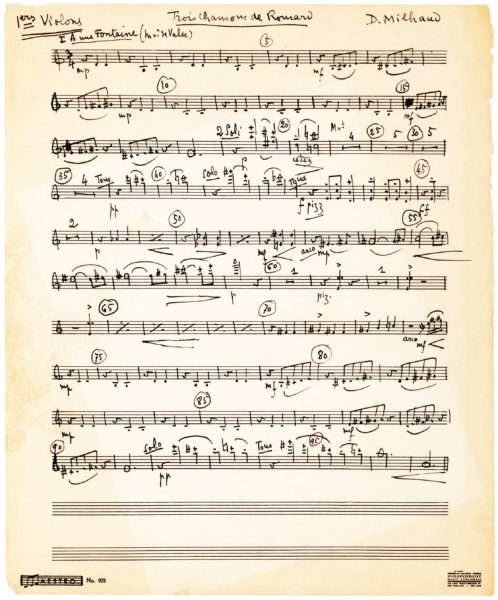 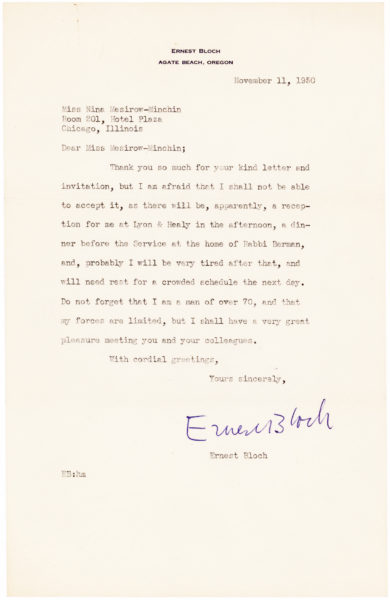 Typed Letter Signed by the Swiss-born, American composer of Schelomo and other 20th-century masterpieces