Signed by King of Jordan Hussein

A member of the House of Hashem, Hussein was mentored by his grandfather King Abdullah I and ascended to the throne in 1953 at the age of 17, following his father’s brief reign. Ruling from 1952-1999, Hussein survived numerous assassination and coup attempts to become the Middle East’s longest-reigning leader. The House of Hashem, whose members also ruled the kingdoms of Hejaz, Syria and Iraq, claims to be descended from Mohammad and, as such, is the oldest ruling dynasty in the Muslim world.

Hussein was an avid sportsman and hobbyist whose many interests included aviation, motorcycles, race cars, skiing, tennis, water sports, and amateur or ham radio. Popular in the ham radio community, the king used the call sign JY1 on the air, eschewing his royal title. Our photograph is inscribed “best 73s,” a common signoff for amateur radio operators which has its origins in Phillips Code, a numerical code devised in the early days of telegraphy to speed the transmission of messages. In his later years, Hussein became a champion of the power of the internet to promote communication and understanding.

With some creasing and wear to the corners and upper edge, otherwise fine. 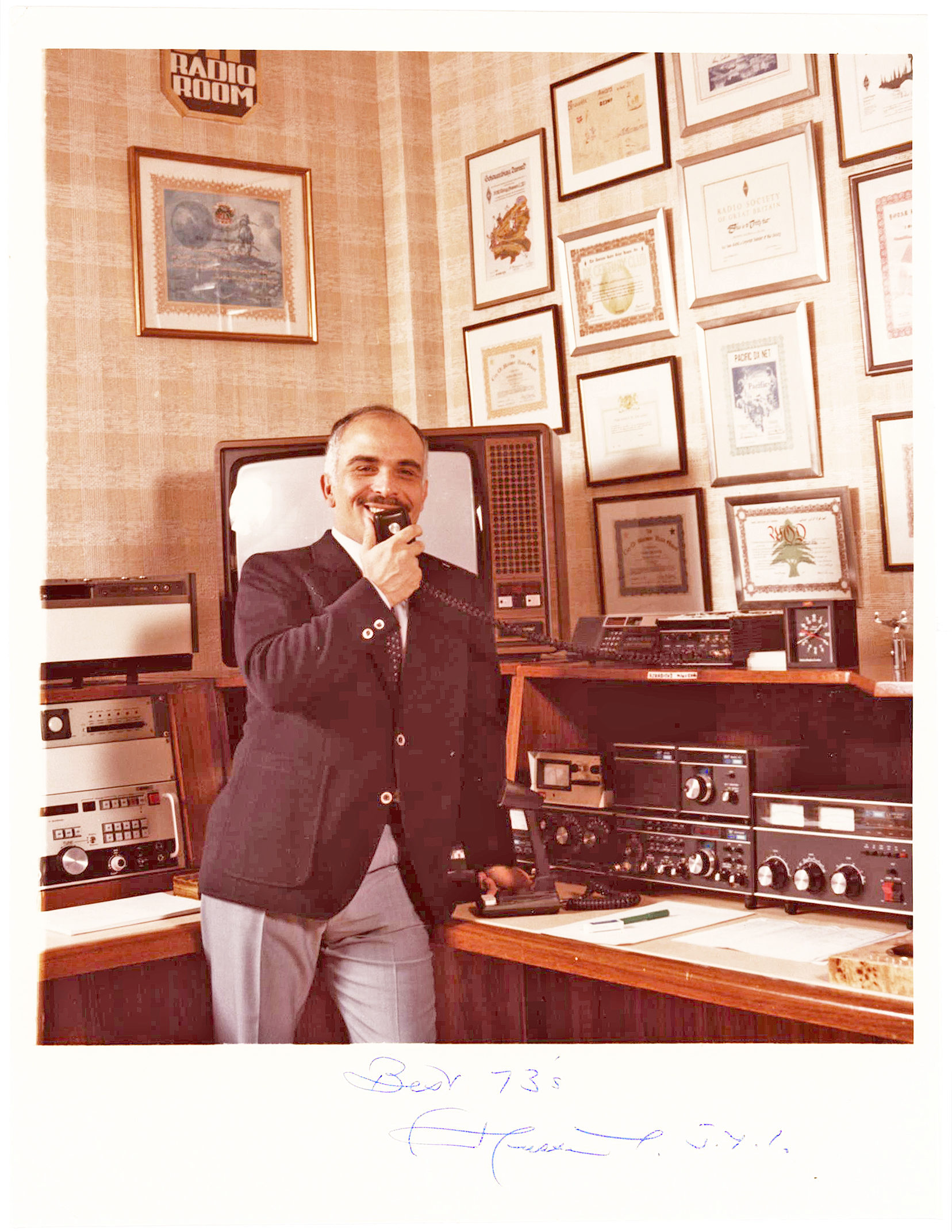 Signed by King of Jordan Hussein