Indian Agent and Founder of Johnstown, NY Acknowledges Receipt of supplies “for the use of the Indians at Johnson Hall”

JOHNSON, WILLIAM. (c.1715-1774). British agent to the Iroquois and a British commander during the French and Indian War. Manuscript DS. (“Wm Johnson”). 1p. 8vo. Johnstown, New York, December 25, 1764. A receipt for provisions for the “Indians at Johnson Hall” signed by Johnson.

“You will proceed from hence to Sir William Johnson Bar[o]net, with two Slays [sic] loaded with four barrels of flour and three barrels of pork for the use of the Indians at Johnson Hall. 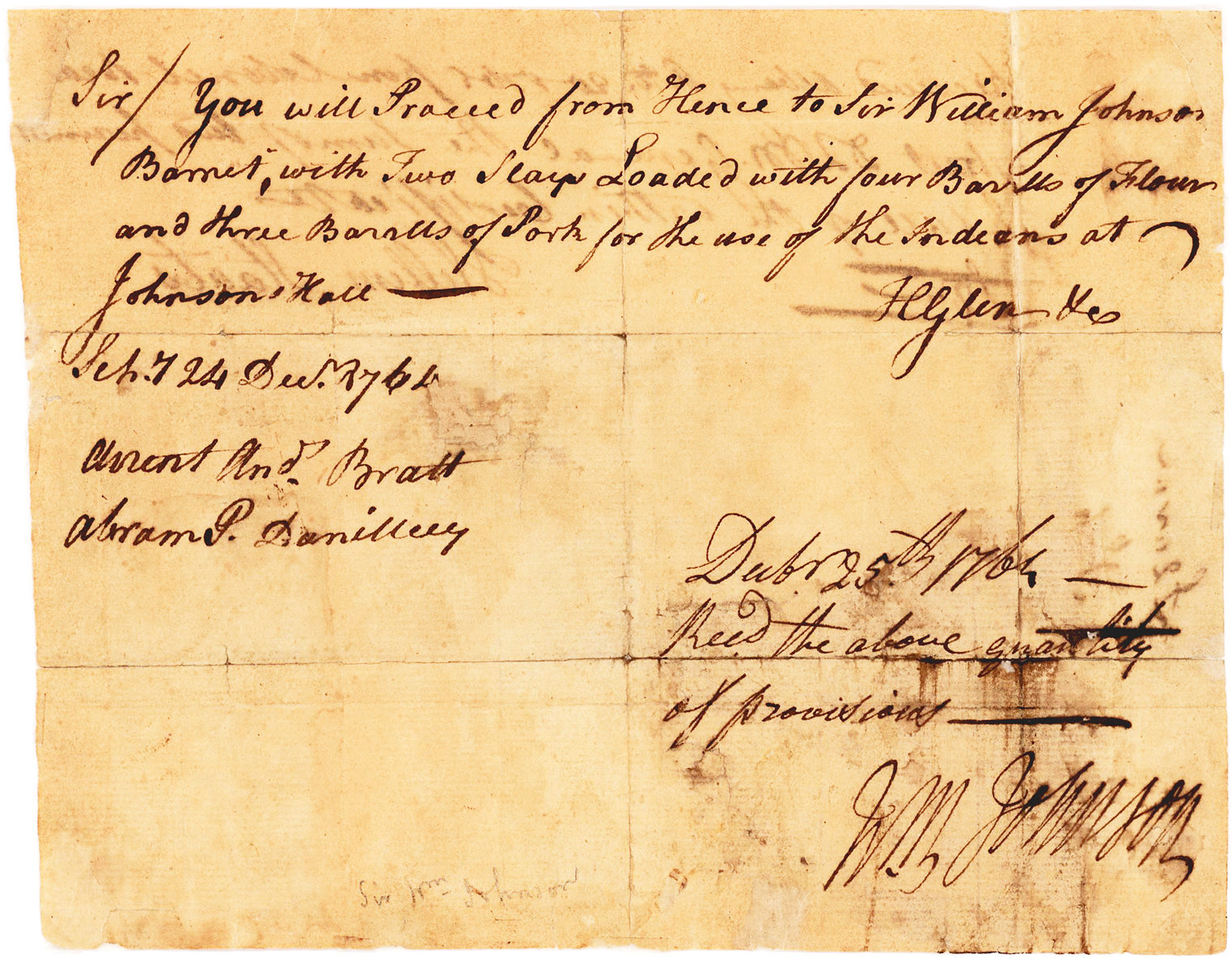 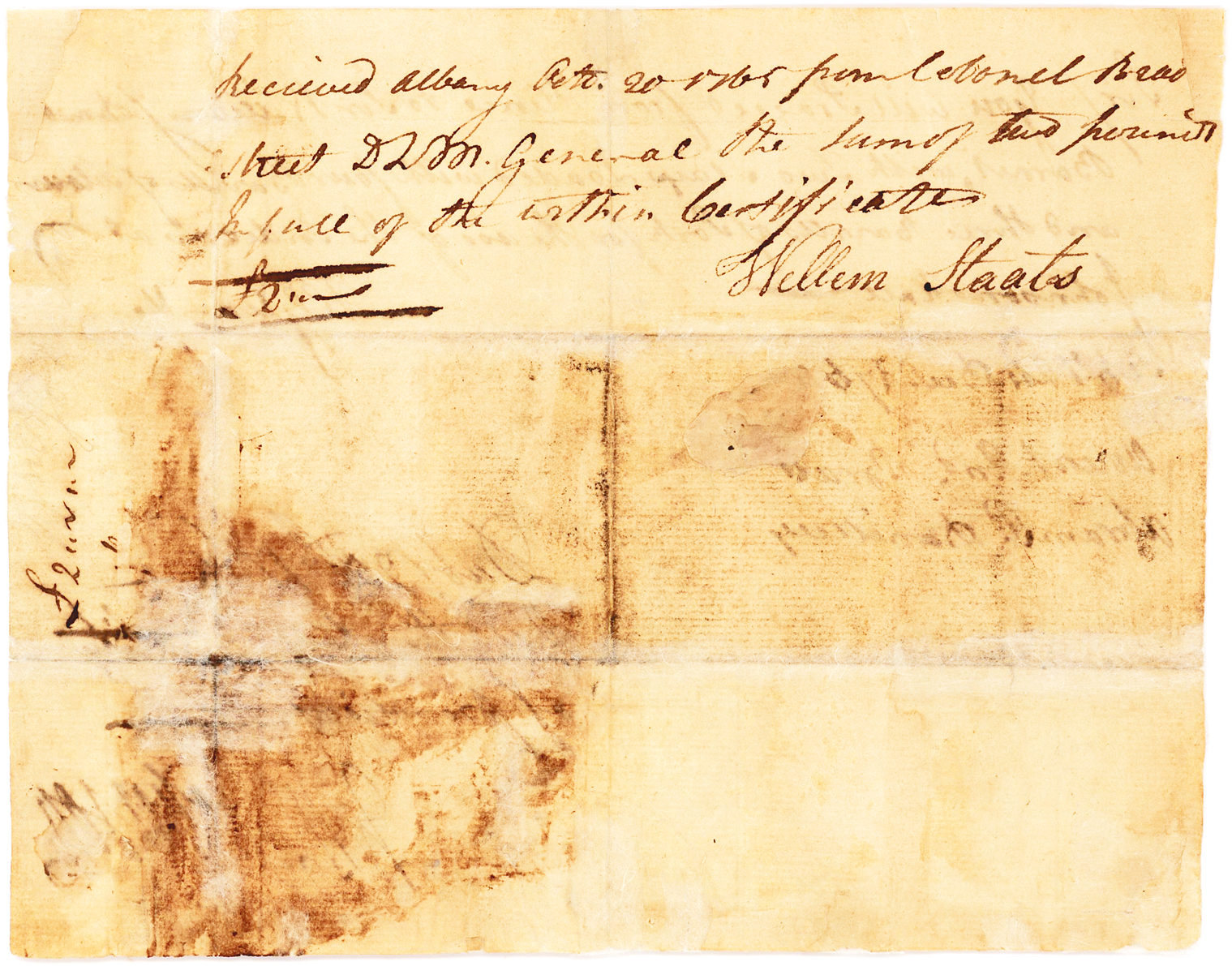 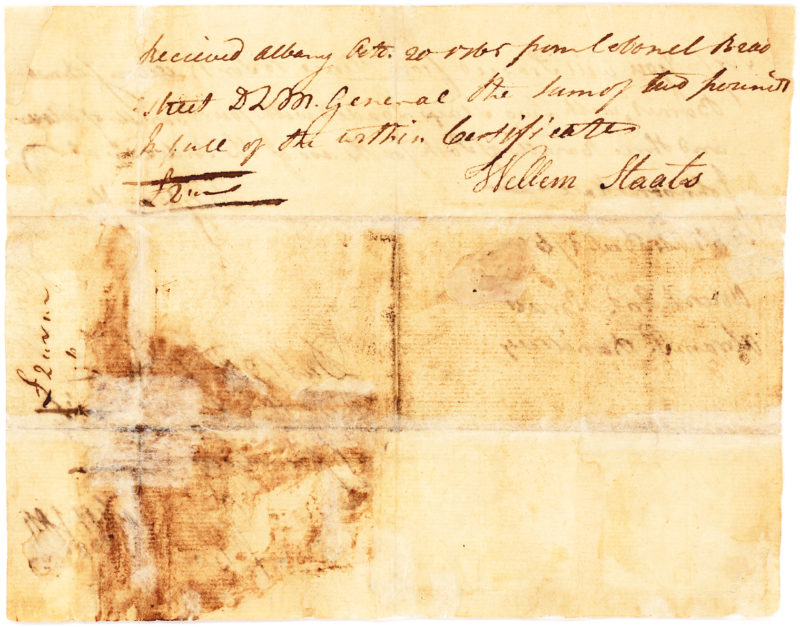 Underneath this note, Johnson has written:

On the verso is penned:

“Received Albany Octo. 20 1765 from Colonel Bradstreet D[eputy] Q[uarter] M[aster]. General the sum of two pounds in full of the within certificate, Willem Staats” 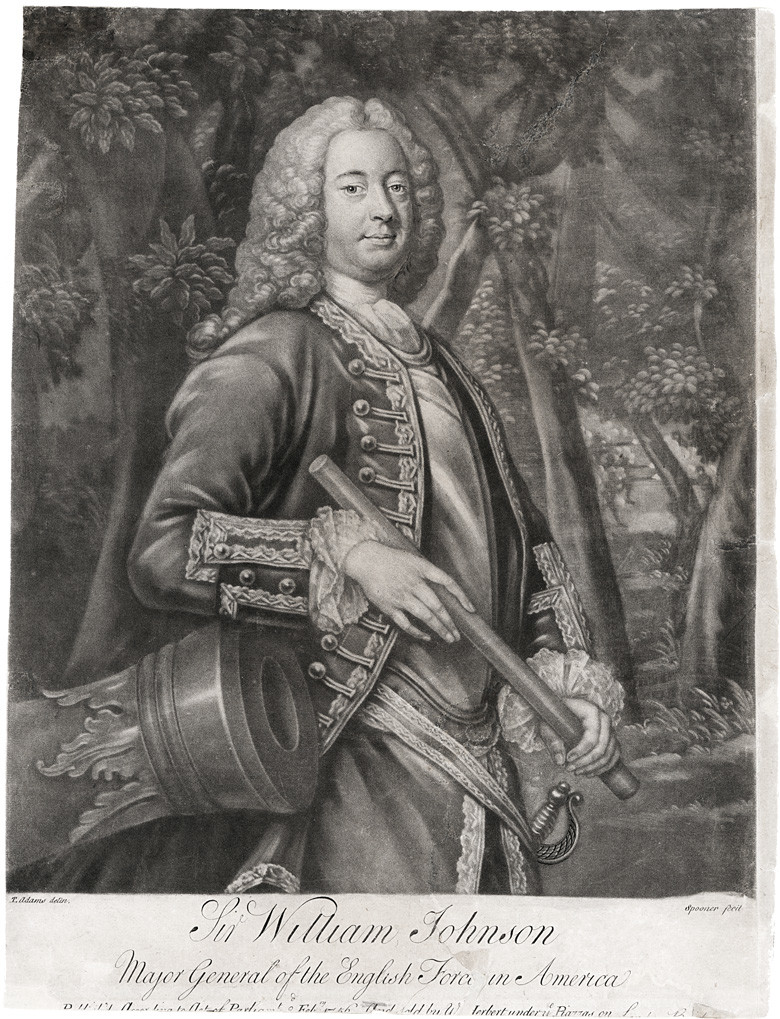 Born to Catholic gentry in Ireland, Johnson’s opportunities in Britain were limited because of his religion, prompting him to seek his fortune in North America. Around 1738, Johnson left for America where his uncle, Peter Warren, had purchased land in New York’s Mohawk Valley. There, he developed Warren’s land and purchased his own. He established a settlement in Johnstown and served as a trade intermediary between local Indians and New York City, becoming closely allied with the Mohawk nation, a part of the Iroquois League. In 1742, Johnson was adopted by the Mohawk who gave him the name Warraghiyagey, or “a man who undertakes great things.”

At the outbreak of King George’s War in 1744, Johnson was appointed New York’s agent to the Iroquois and “Colonel of the Warriors of the Six Nations,” enlisting both colonists and Mohawks to fight the French, despite the professed neutrality of the Iroquois League. During the French and Indian War, from 1754-1763, Johnson continued to lead frontier militias and the largest Native American force allied with the British army. He fought at the siege of Fort William Henry where French forces massacred English civilians and at the Battle of Lake George, for which he was awarded a baronetcy.

After the war, Johnson continued his role as arbiter between the British and discontented Native Americans, playing a key role in preserving Iroquois neutrality and negotiating a successful peace treaty between the British and Pontiac whose rebellion began in 1763 and ended in 1766. Johnson moved from Old Fort Johnson in 1763 to Johnson Hall in Johnstown, New York, referenced in our letter, where he remained with his Mohawk common law wife Molly Brant (Mohawk leader Joseph Brant’s older sister) until his death.

Arent Bradt (bef. 1732 – bef. 1796), whose name is written underneath the original request to send supplies to Johnson Hall, served in Johnson’s militia. A signatory to the 1772 Loyalist oath of allegiance, he was granted land in Canada after the Revolutionary War. Major General John Bradstreet (1714-1774), mentioned on the document’s verso, served as deputy quartermaster general in Albany until 1764 when he was appointed a colonel and dispatched to Detroit during Pontiac’s Rebellion. Willem (William) Staats (1736-1825) carried cargo for Johnson on his Hudson River sloop and, later, developed property in Albany. He also worked as an inspector and tax collector in Albany, before joining the revolutionary cause.

Folded with age toning, show through and wear; folds expertly repaired on the verso. Uncommon.

Indian Agent and Founder of Johnstown, NY Acknowledges Receipt of supplies “for the use of the Indians at Johnson Hall” 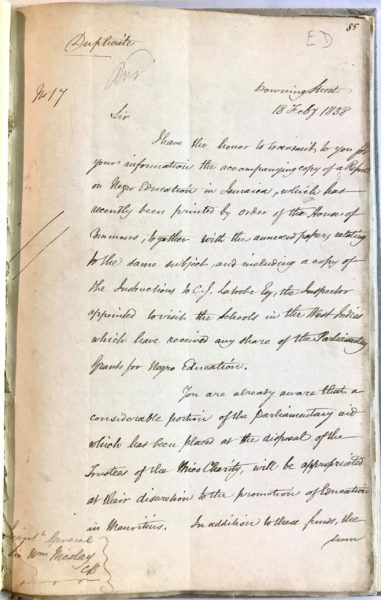 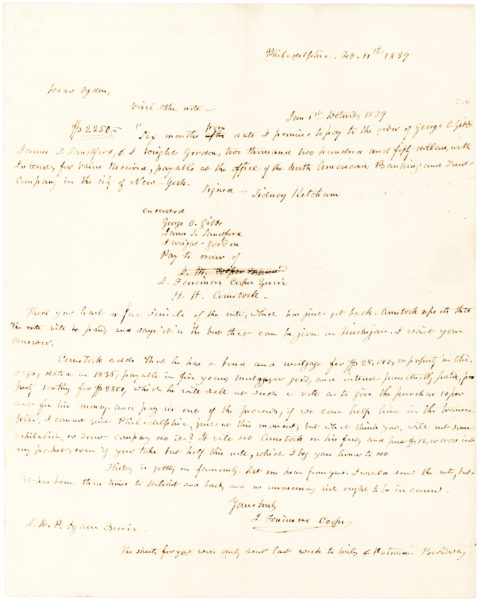