“If you are still at Mont Dore the 3rd or the 4th, we are going to see one another. I am going there for a cure. I am writing to you in Paris hoping it will be forwarded to you, and at the same time I am writing to Mont Dore assuming that the mailman will find you…” 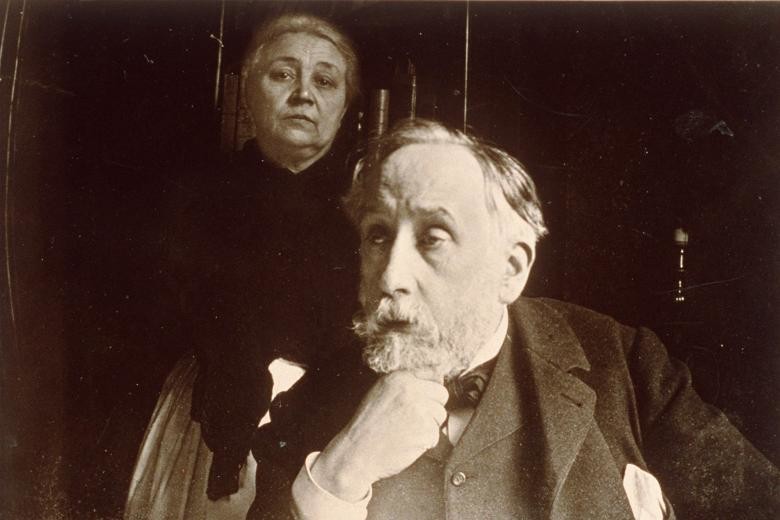 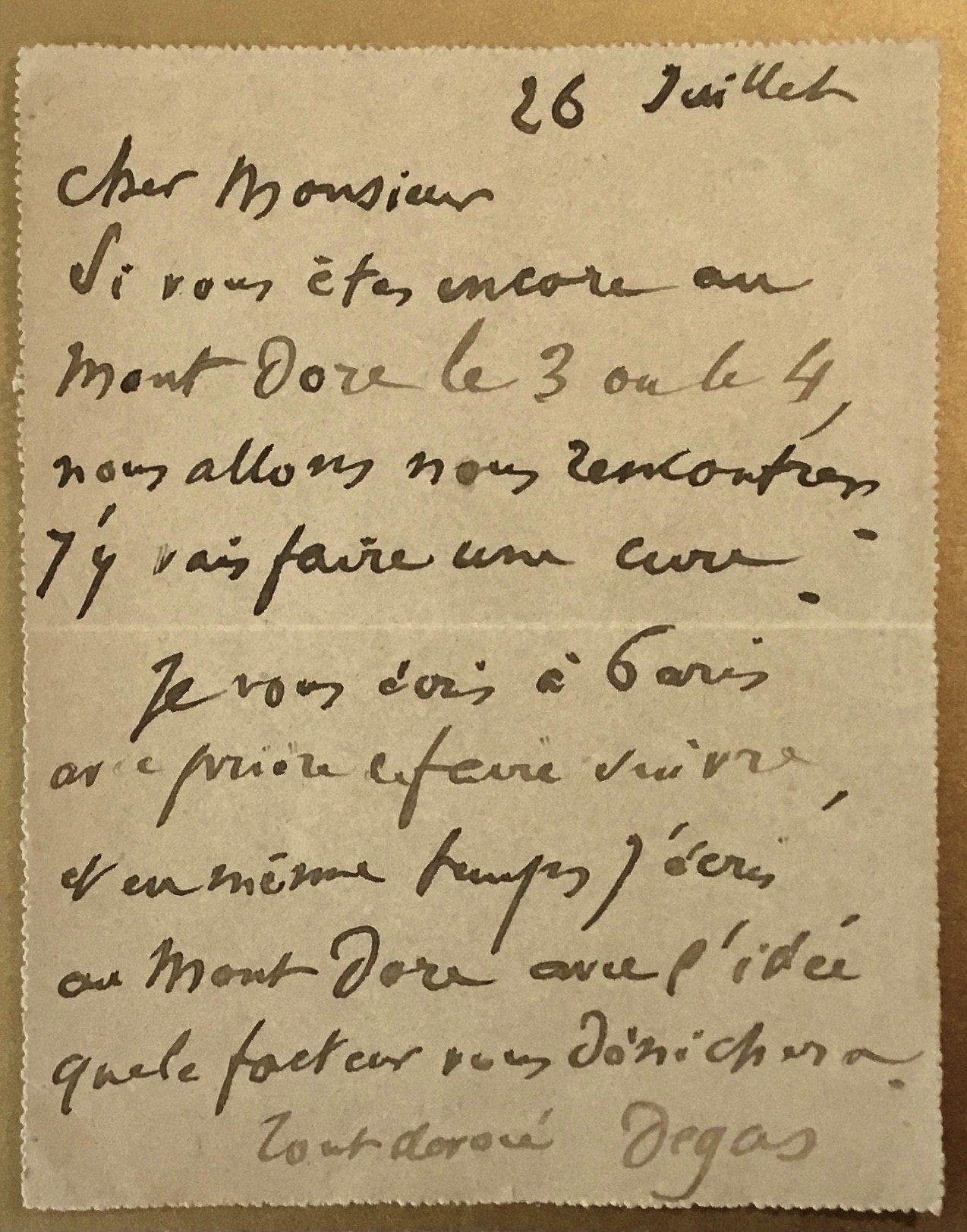 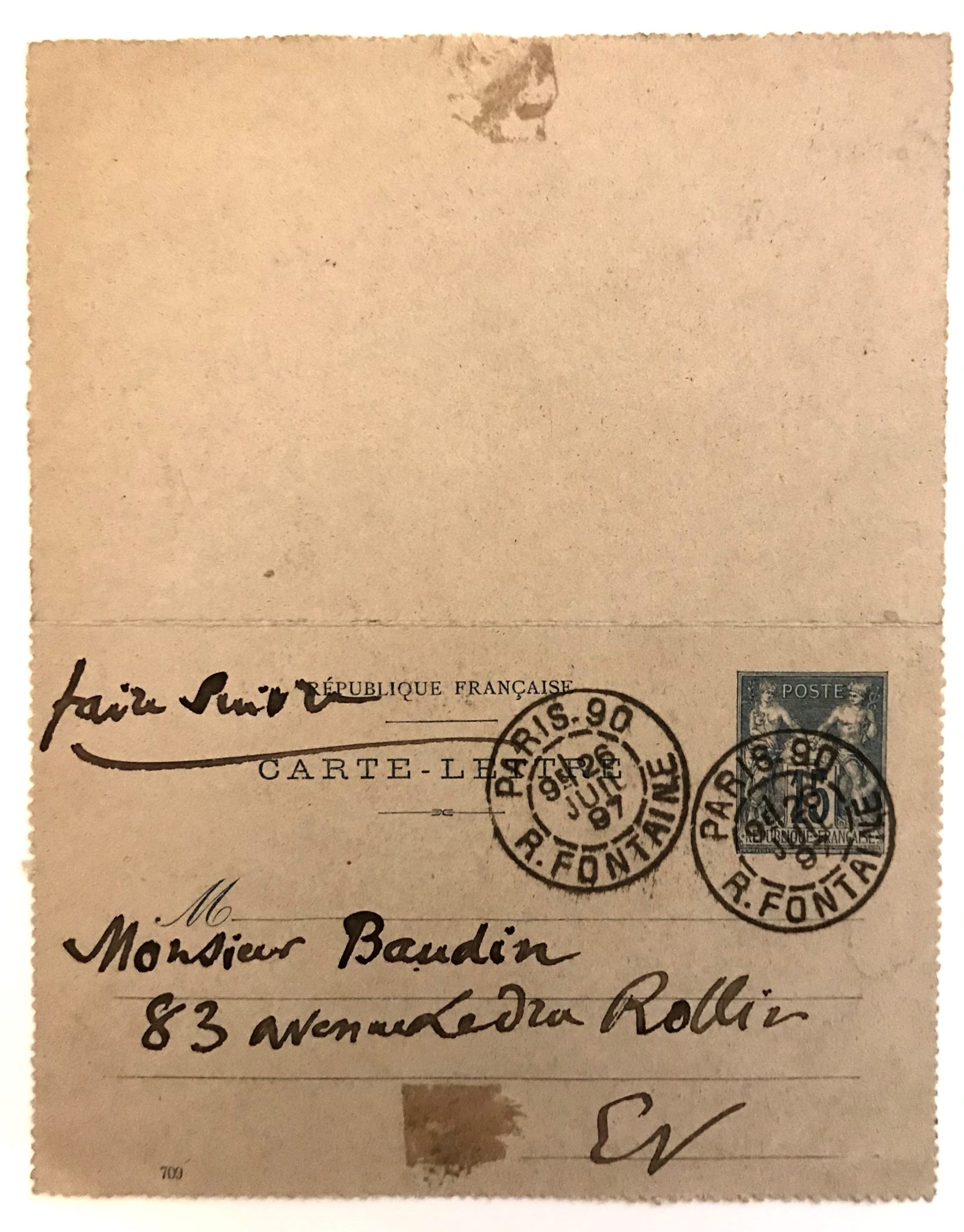 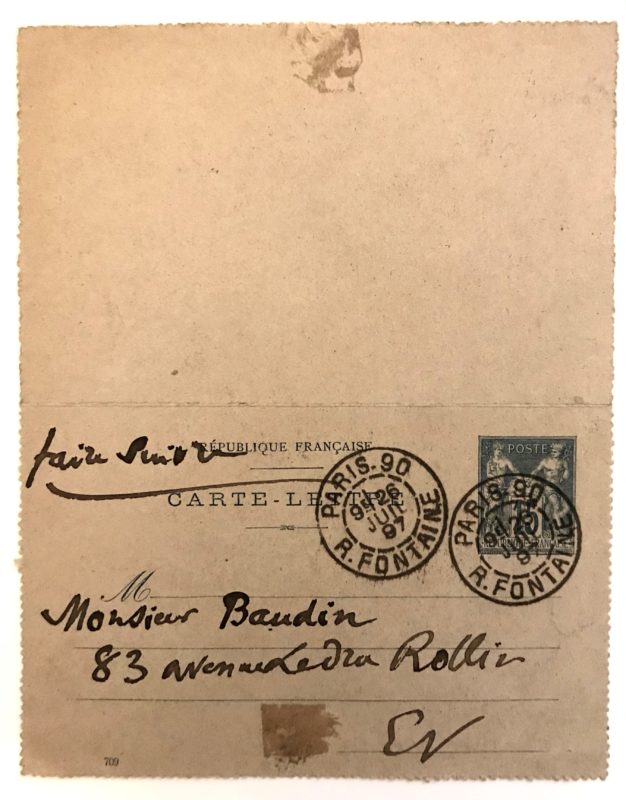 Degas began to study painting early – first at the Ecole des Beaux-Arts and then in Italy. He exhibited his realistic works at the Salon, but by the 1870s he had become disillusioned with that staid institution. At that time, he took a leading role among his colleagues Renoir, Monet, Sisley, and Pissarro to launch their own exhibit in 1874. Famously, Monet’s Impression: Sunrise was on view, earning its members the appellation “Impressionists,” a term which Degas firmly rejected. Unlike many of his Impressionist colleagues, Degas is not known for landscapes but rather for subjects such as racehorses, bathers and dancers through which he depicted the experience of isolation.

Degas’ attempted enlistment in the Garde Nationale in 1870 was hampered by poor vision, a condition that plagued him physically and emotionally, and left him totally blind at his death 47 years later. Additionally, by the 1890s, Degas suffered from “chronic bronchitis, incontinence, kidney problems (‘anemia caused by chronic nephritis’), wonky digestion, lumbago, [and] bladder trouble,” prompting him to undergo unusual treatments as “cupping, rye fungus, bismuth,… ‘a footbath, aconite and Dr Franck’s health grains,’…‘bismuth, laudanum and L’Elixir Asiatique’” as well as a turpentine treatment for the bladder, (“Letters of Edgar Degas,” London Review of Books, Barnes). In addition to those remedies, Degas took water cures at the spas of Cauterets, Pontarlier and Mont-Dore, a thermal spring located in the Dordogne Valley. Degas’ published letters show that he visited Mont-Dore in August 1895 and August 1897.

Written on a carte-lettre with one horizontal fold. Mounting traces on the verso. Evenly toned and in very good condition. 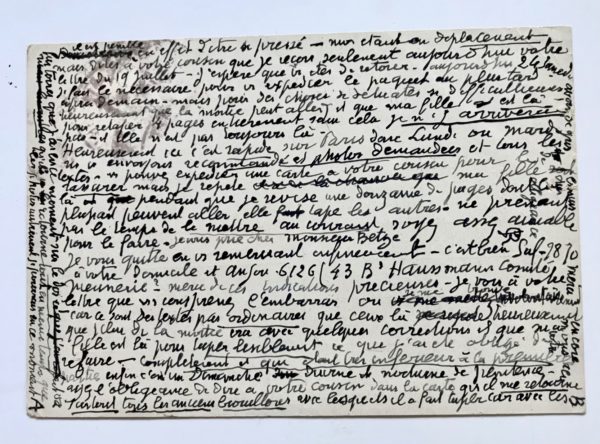 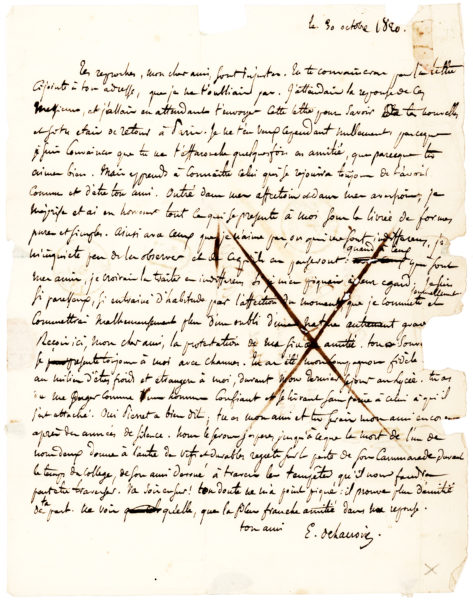