“I bear a guilty conscience for not writing to you for a long time, and I am afraid that I did not even answer the package of material, which Batz kindly sent to me about a year ago to Paris. When I arrived in Israel, I began to investigate the fate of various friends, and I was happy to hear that you still remain loyal to the ‘distant Negev,’ and let others take root in the center of the country, as the newspapers write. 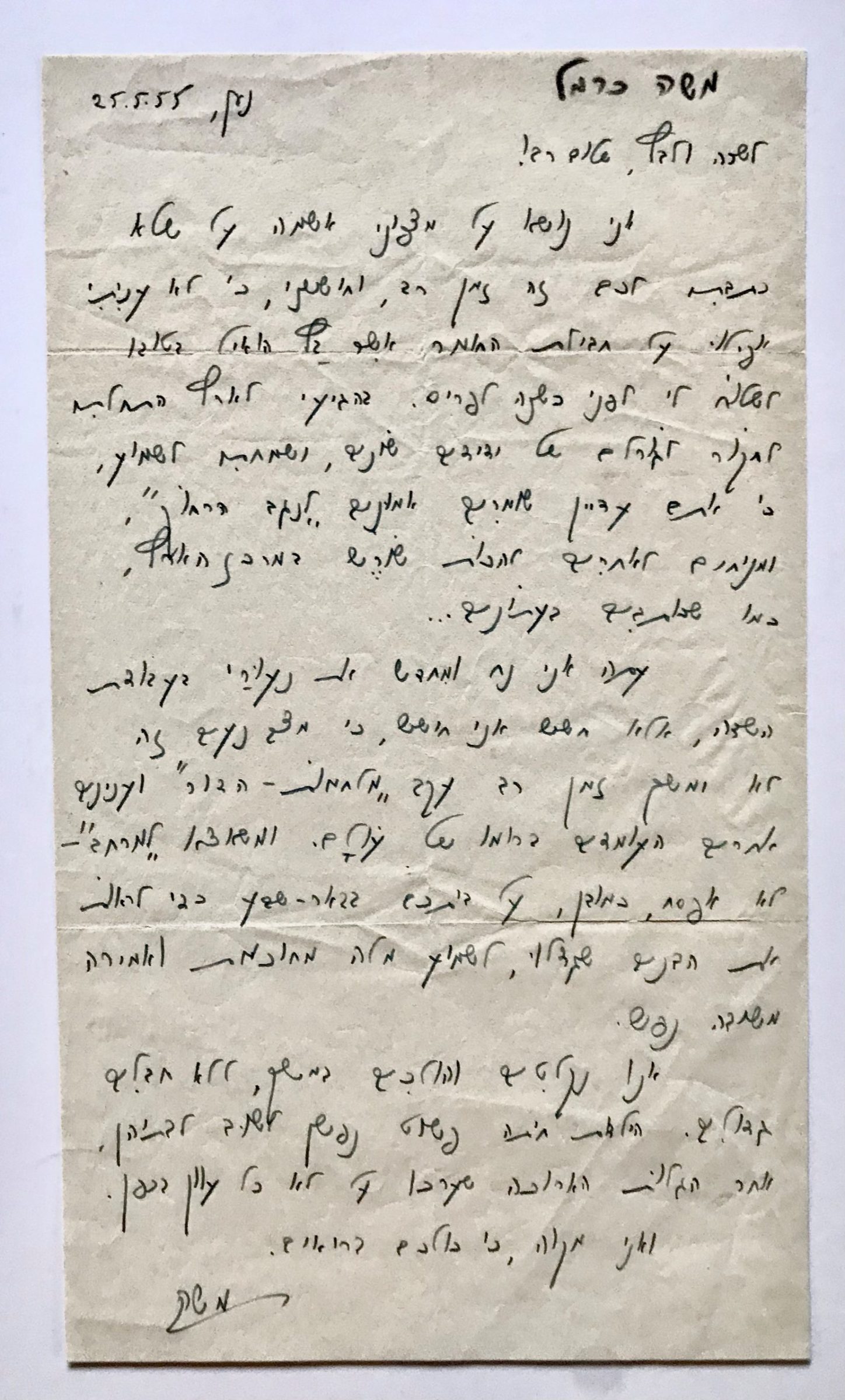 Now I am resting and rejuvenating my youth in the field work, but I am afraid that this pleasant situation will not last long due to the ‘wars of the generation’ and other matters that stand in the world, and when I will go out ‘into the space’ – I will not miss passing through your home in Be’er Sheva, to see how the boys grew up and hear your clever statement and kind words.

We are acclimatizing in the farm, without any big difficulties. The girls were happy to return to their homes, after a difficult exile, for no fault of their own.

I hope you are all healthy…” 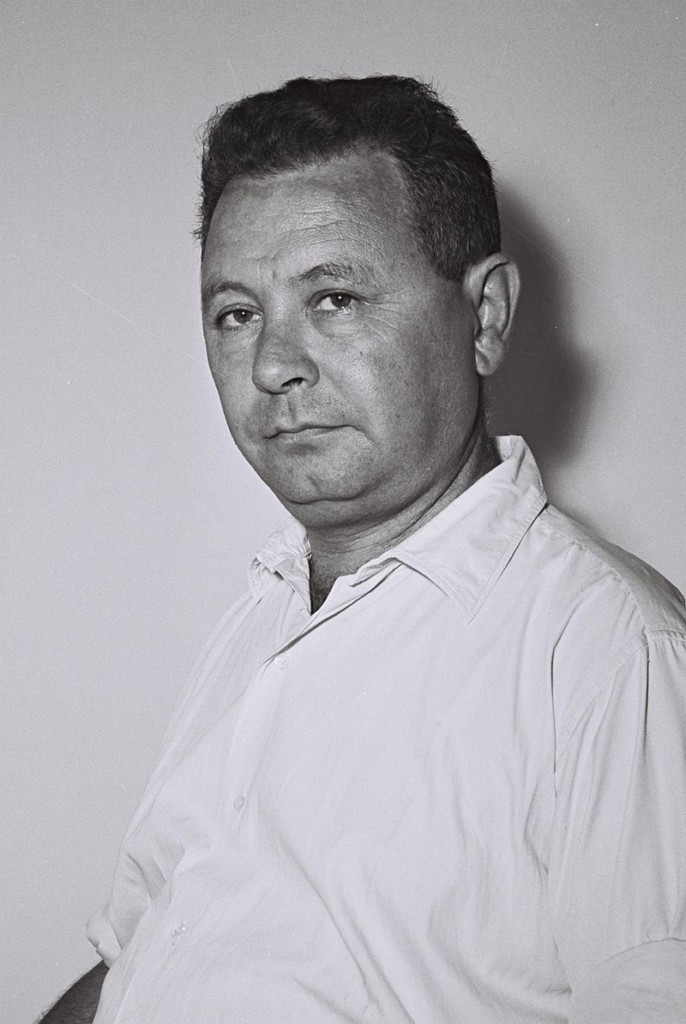 Born in Minsk, Poland, Carmel arrived in British-controlled Palestine as a teenager becoming a founding member of kibbutz Na’an, near Rehovot, and actively participating in the Israeli youth movement as well as the paramilitary organization Haganah. “In 1939, he and 41 Haganah members, including Moshe Dayan, were arrested by the British mandate police, determined to staunch inter-communal fighting as world war loomed. He was released in 1941, and joined the allied war effort,” (“Moshe Carmel” obituary, The Guardian, Joffe). During the 1948 Arab-Israeli War, Carmel commanded the Carmeli Brigade in Operation Hiram, “a three-day pincer movement that engulfed a swathe of Galilee, including Nazareth, most of which had been allocated by the UN to the Arabs,” (ibid.). After the war, “Carmel went on to become a major power broker in the socialist Zionist establishment. He served in the Israeli parliament, the Knesset, from 1955 to 1977, (ibid.).

Our letter, in which Carmel anticipates war, was written during escalating tensions between Israel and Egypt over control of the Suez Canal and Egyptian attacks on Jewish settlements. In 1956, Carmel, with Moshe Dayan, Shimon Peres and Golda Meir, participated in clandestine meetings in Paris with the French foreign minister to plan a coordinated invasion of the Suez Canal Zone that led to the Second Arab-Israeli War, lasting from October 29, 1956 to November 7, 1956. He later “had several terms as transport minister, and was Knesset leader of the Ahdut ha-Avodah (Unity of Labour) party until it combined with Mapai and other groups to form the Labour party in 1969,” (ibid.).

Our letter is written to friends in Beersheba, the largest city in the Negev desert in southern Israel.

Letter folds and some slight creasing, otherwise in fine condition.