[EDWARD VII, KING OF ENGLAND. (1841-1910)]. DS. 1p. Folio. N.p., February 4, 1910. A handwritten and illustrated royal license granting the use of the last name and arms of Luxmoore to Allan Aylmer Wilson (1880-1969) and his wife Lucy Luxmoore Dumville Lees Wilson. Signed by Alfred Scott Scott-Gatty (1847-1918) and William Henry Weldon (1837-1919) both officers of arms at the College of Arms and George Edward Cokayne (1825-1911), English genealogist, author of The Complete Peerage, and herald at the College of Arms and Clarenceux King of Arms. Also signed on the verso by Henry Farnham Burke (1859-1930) officer of arms at the College of Arms in his capacity as Somerset Herald of Arms in Ordinary.

The document, executed on vellum, is illustrated with the arms of Luxmoore in the upper left corner which include Argent Argent a chevron nebuly Sable between in chief two moorcocks proper and in base a fleur-de-lys Azure a canton Gules, surmounted by a closed  helmet, denoting the rank of gentleman. Above the helmet is an axe with blue fleur-de-lis on each side. To the right of the Luxmoore arms are arms of the Duke of Norfolk, the royal arms of King Edward VII and the armorial achievement of the College of Arms. 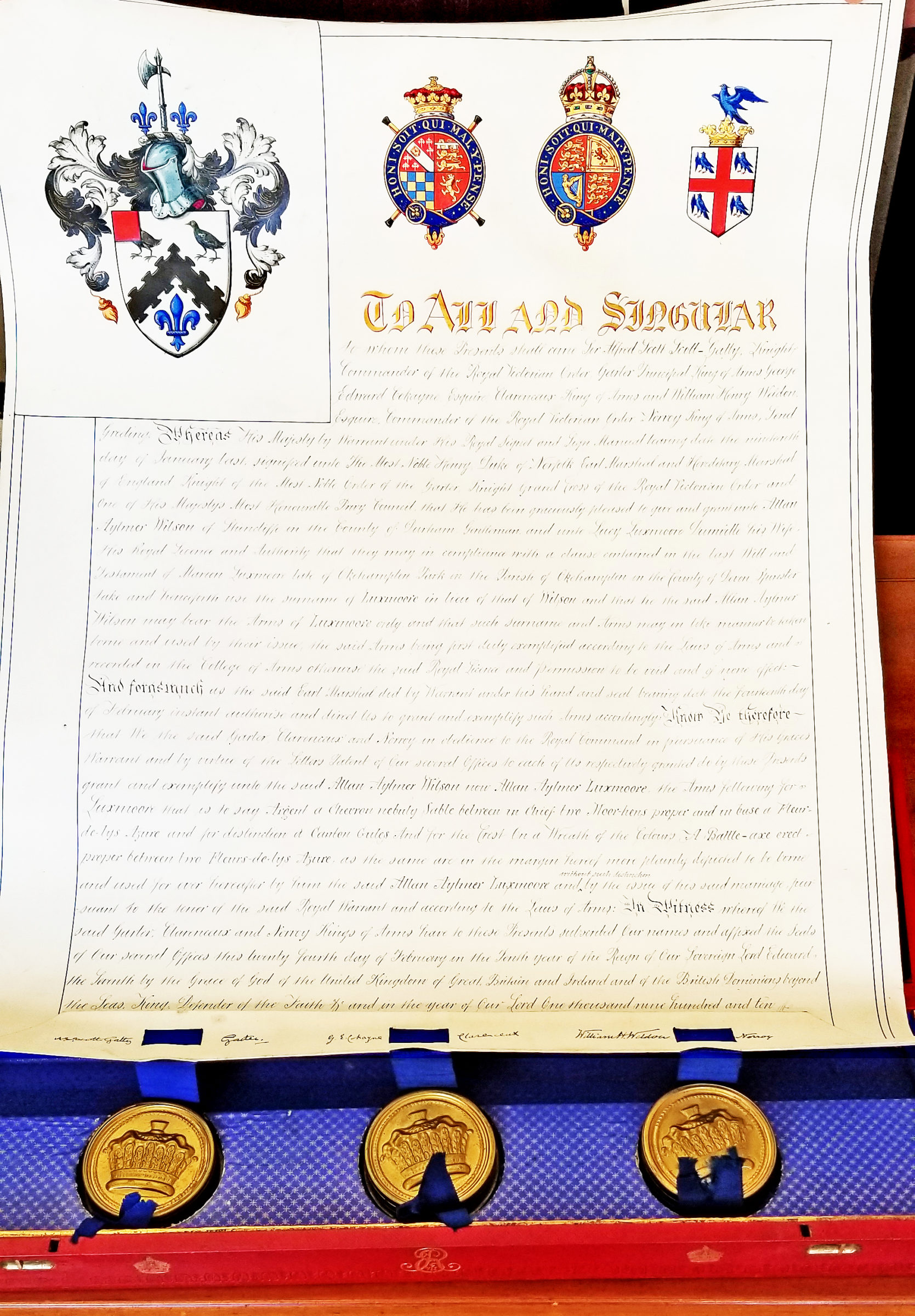 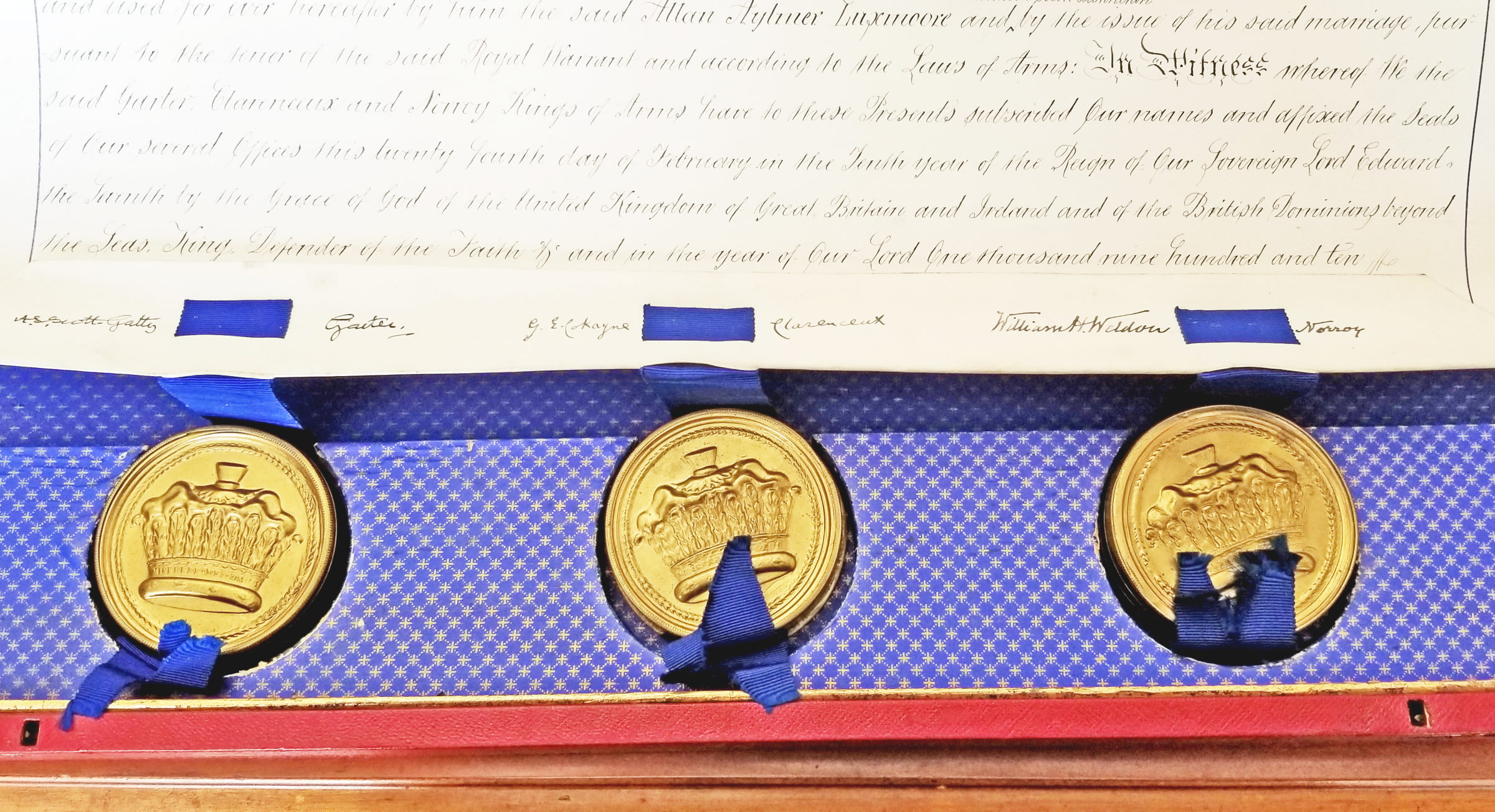 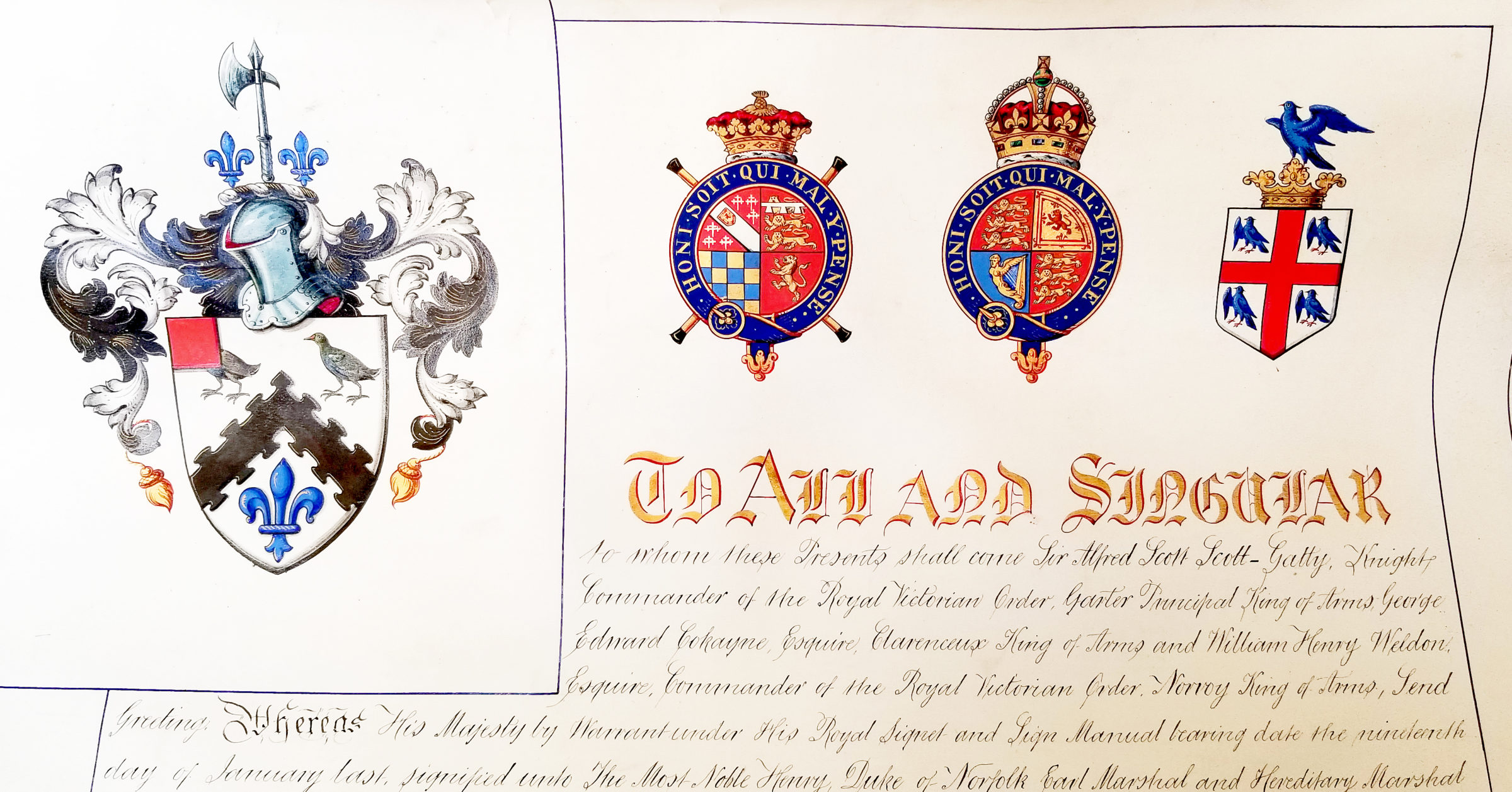 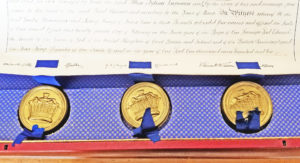 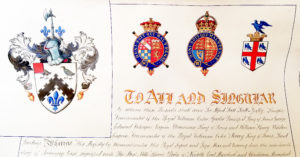 Three red wax seals, attached to the bottom of the document with blue ribbons, are contained in metal skippets embossed with an image of a crown. The three representatives of the college of arms have signed on either side of each ribbon.

Alan Ayler Wilson graduated from Oxford’s Trinity College in 1902, began practicing as a solicitor and married Lucy Luxmoore Dumville Lees (1880-1965), the granddaughter of Reverend John Bridgman Luxmoore. The couple resided in Durham at Shincliffe Hall, and Alan fought in the First World War, attaining the rank of captain. Our document grants the Wilsons use of the name Luxmoore as was stipulated in the will of Lucy’s unmarried aunt, Marion Luxmoore (1833-1893) of Okehampton Park in Devon.

The vellum document is tightly rolled up and contained in its original red leather box with blind and gold embossed decoration and the gilt monogram of King Edward VII. The interior of the box is elegantly lined with gold-decorated blue paper. In excellent condition and uncommon. 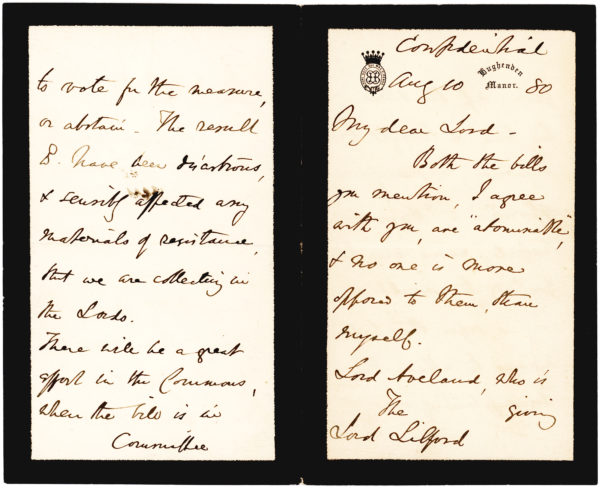