“Your letter dated January 29 arrived at noon today, so it took only 3 days! What is more, it contained the good news that you now have one of my works in your museum! And from 1925, meaning an early and very rare glass painting, Most likely a sand-blown one. But which one?

As far as I know, Mme Bollag recently had none of my glass paintings. I will surely hear from her, but probably not for a while. So, I would be glad if you could soon tell me more about it. 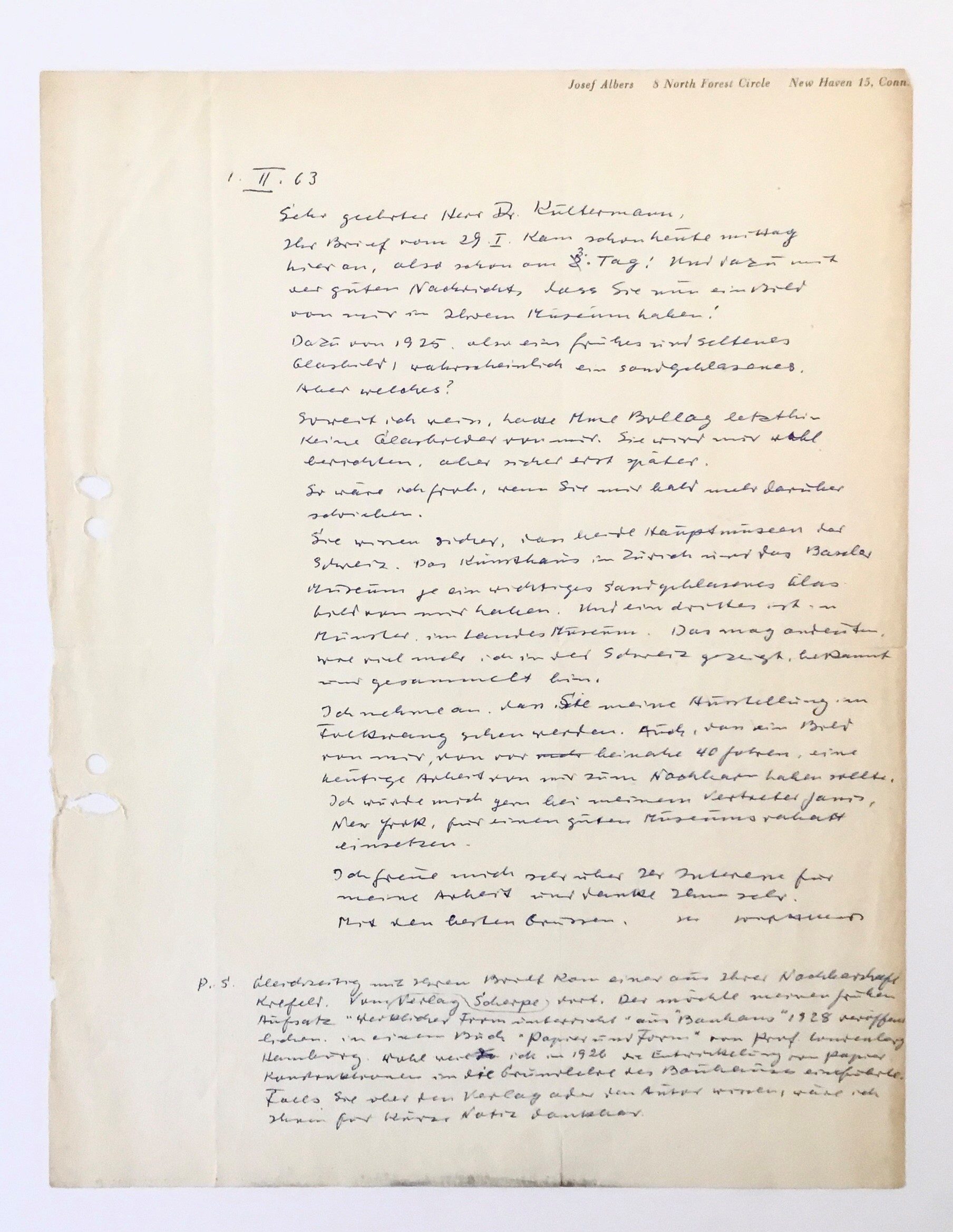 You probably know that the two top Swiss museums, the Kunsthaus in Zürich and the Basel Museum, each own one of my sand-blown paintings. A third one is in the regional museum of Münster. That may indicate that I am shown, known and collected much more in Switzerland.

I assume you will see my exhibit at the Folkwang. And one of my paintings from almost 40 years ago is to have one of my recent works by its side. I would like to talk my New York representative Janis into a good museum discount.

I am very happy and grateful for your interest in my work.

With my best wishes,

P.S.  Arriving at the same time as your letter was one from your area, the Krefeld publishing house Scherpe. They want to publish my early essay that appeared in 1928 in “Bauhaus,” “Hands-On Form Lessons” [Werklicher Formunterricht] in a book Paper and Form by Prof. Londenberg, Hamburg. I guess because in 1926 I introduced the development of paper constructions into the basic teaching of Bauhaus. If you know anything about either the publisher or the author, I would appreciateit if you sent me a brief note.” 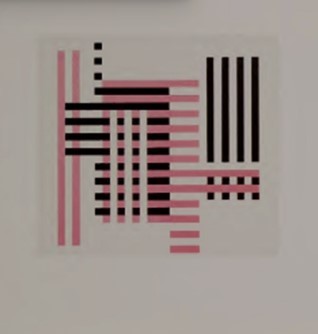 Albers’ Fabrik B (Factory B) 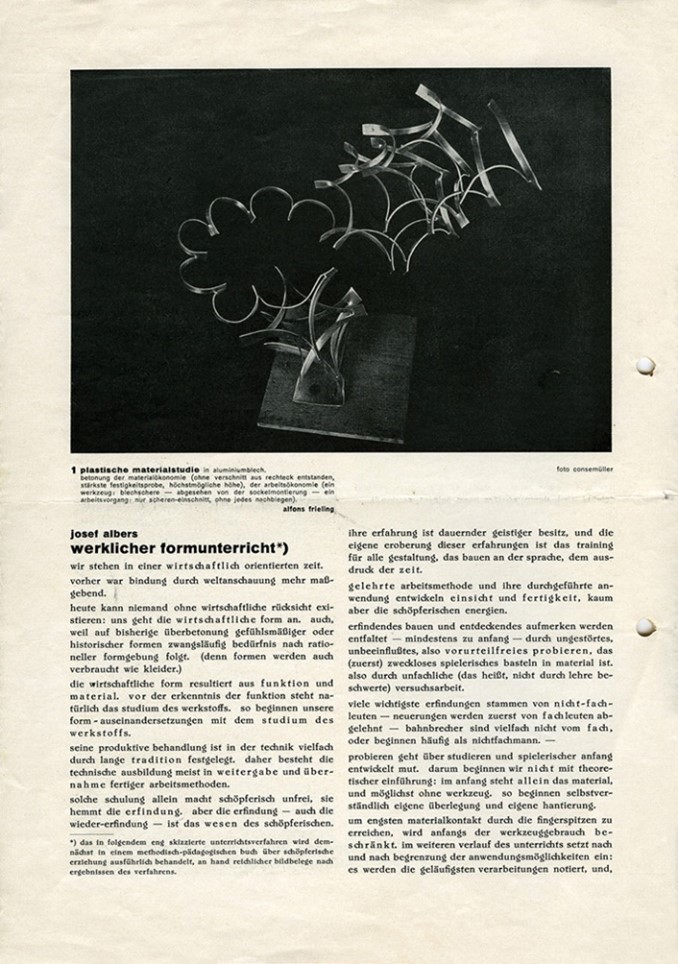 Albers joined the Bauhaus in 1920 and worked in such diverse media as glass, metal and paint in areas ranging from furniture design to typography. After the Nazis shut down the school in 1933, Albers immigrated to the U.S. and accepted a position at the avant-garde Black Mountain College. There his pupils included such notable artists as Robert Motherwell, Ray Johnson and Robert Rauschenberg. Albers left Black Mountain to take a post at Yale in 1950, where he headed the Department of Design and continued to exert his influence over the art world long after his retirement in 1958.

Our letter refers to the Morsbroich Museum’s acquisition of Albers’ 1925 work Fabrik B (Factory B),  sandblasted opaque flashed glass with black paint. “When Albers first arrived to study at the Bauhaus in 1920, he began using glass as one of his primary mediums, fusing together pieces of glass he found at the town dump. In 1925, he was the first Bauhaus student to be asked to become a professor, and he became an apprentice master of works in the glass workshop… Eventually, Albers began working with fellow Bauhaus artists Walter Gropius and Adolf Meyer, creating colored glass windows for a residential house in Berlin, in 1922. In 1926, Albers worked with the Berlin firm of Puhl & Wagner – Gottfried Heinersdorff, to create large glass windows that were installed in the Grassi Museum, Leipzig, and the Ulstein Printing Factory in Tempelhof, Berlin. All of these early windows were destroyed,” (“The Little-Known Glass Works of Josef Albers,” https://www.guggenheim.org/blogs/findings/the-little-known-glass-works-of-josef-albers, Lui). Our letter mentions Albers’ unusual technique of sandblasting a piece of milk glass covered with glass film and stencils and refers to some of his glass works held by other museums including his 1925 Fuge at the Kunstmuseum Basel.

Albers’ postscript about the book Papier und Form by renowned German bookbinder Kurt Londenberg was published by Scherpe and Krefeld in 11 editions between 1961 and 1972. In it, “Londenberg attributes great significance to Bauhaus educator and artist, Josef Albers, and reprinted his article on working with paper,” “Werklicher Formunterricht,” which first appeared in Bauhaus Nr. 2/3 in 1928, (“Review on Curved Creases in Art, Design and Mathematics,” Symmetry: Culture and Science, Demain, et.al.).

Folded with some wear and several irregular file holes in the left margin. In very good condition. 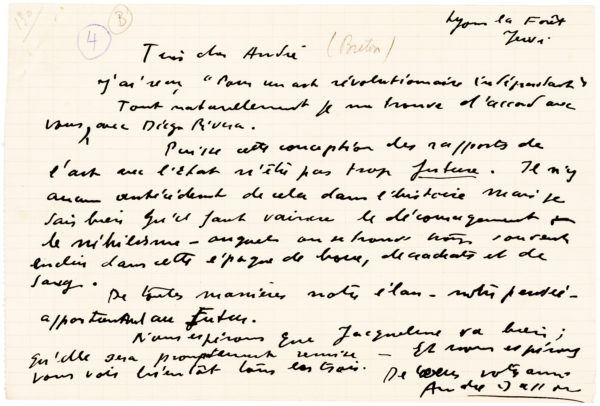 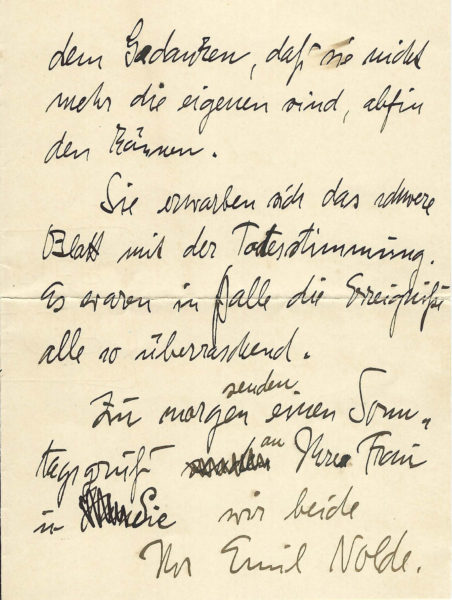