“As we close the books of our company on the last day of September of this year, we hereby address a polite request to you, the Jewish Colonial Trust, London. 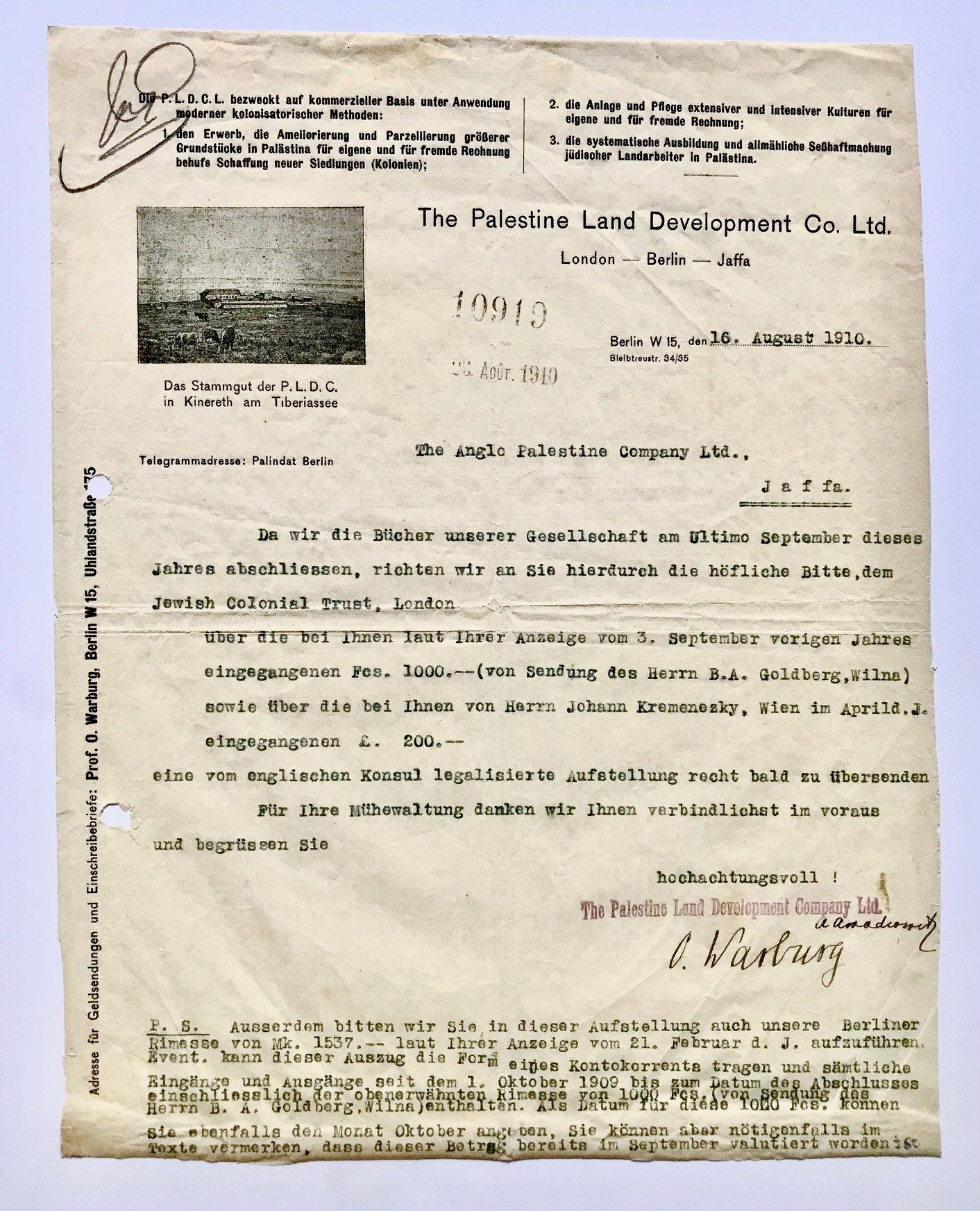 About the 1000. — Fcs you received according to your notification of September 3rd of last year (from the shipment of Mr. B. A. Goldberg, Vilna) as well as about the ones you received from Mr. Johann Kremenezky, Vienna in April of that year – 200 £, a list legalized by the English consul is to be sent very soon.

We thank you very much in advance for your effort and bless you.

P.S – We also ask you to include our Berlin remittance of 1537.— Mark, according to your notification dated February 21st of that year. In such case this statement can be in the form of a current account and include all incoming and outgoing payments since October 1st, 1909 up to the date of the summary, including the remittance of 1000 Fcs mentioned above (from the shipment of Mr. B.A. Goldberg, Vilna). As for the date for these 1000 Fcs. you can also specify the month of October, but you can, if necessary, note in the text that this amount was already valued in September.” 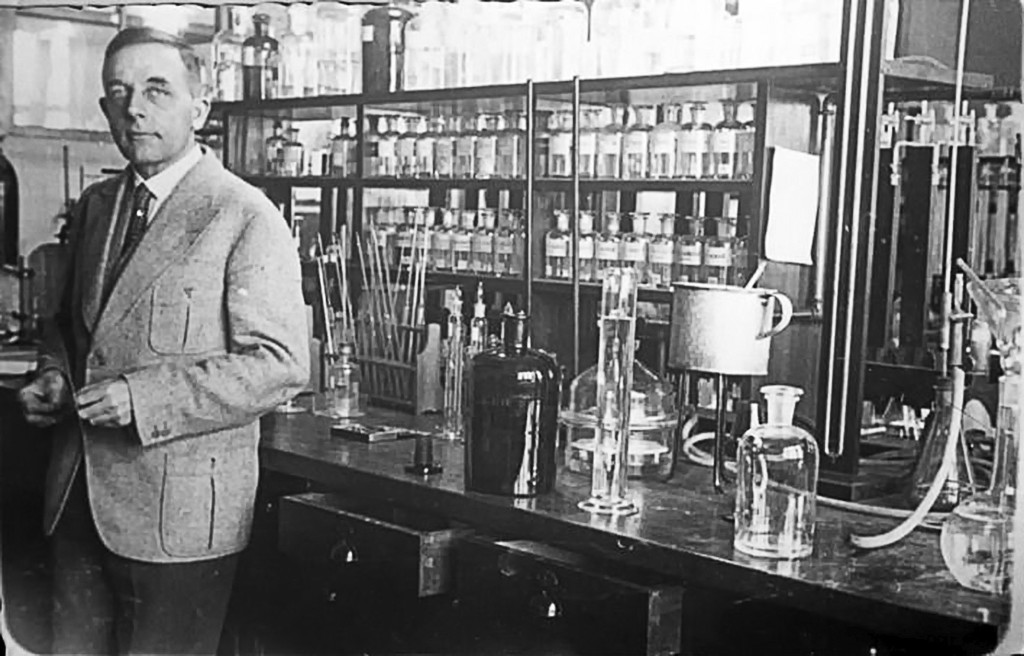 “A member of the wealthy and assimilated Hamburg banking family, Warburg became a distinguished professor of botany and an advisor on German colonial settlement. In the Zionist Organization his interests lay in practical Jewish settlement rather than in political activity,” (Who’s Who in Jewish History, Comay.). Warburg helped found the Palestine Land Development Corporation, Tel Aviv’s Agricultural Experimental Station (later the Institute of Agriculture and Natural History) and was cofounder of the National Botanic Garden of Israel at Hebrew University.

Our letter concerns financial operations between the Palestine Land Development Corporation and the Jewish Colonial Trust, the financial organ through which Jews would be able to establish a homeland and settle in Palestine. Registered in London, the bank enlisted subscribers and sold shares. Vienna industrialist Johann Kremenezky (1850-1934) was founder of the Jewish National Fund and personal secretary to Theodor Herzl. Economist Boris Goldberg (1865-1922) was a member of the Central Office of the Zionist Organization in Vilna and simultaneously fought for Jewish rights in Russia and the establishment of a Jewish homeland in Palestine.

At the top of the stationery of the Palestine Land Development Co., located in London, Berlin and Jaffa, it states “The P.L.D.C.L. aims to be a commercial basis using modern colonizing methods: 1. The acquisition, the amelioration and parceling of larger pieces of land in Palestine for one’s own account and for the account of others for the purpose of creating new settlements; 2. The creation and maintenance of extensive and intensive cultures for one’s own account and for others; 3. The systematic training and gradual establishment of Jewish agricultural workers in Palestine.”

With the stamp of The Palestine Land Development Company Ltd. Just above Warburg’s signature. Folded with file holes in the left margin. Creased with a bit of wear at the top and bottom edges. Two ink date stamps in the top portion of the page do not affect any text. With an illegible ink docket in the upper left corner. In very good condition. Uncommon.