“I appreciate your letter and thank you for it. You are quite right about the platform. Each plank – and that includes the tariff plank as well – must state precisely what we, if we are returned to power, will attempt to do, and it must state no more than what we intend to carry out if we are able to. The one thing that I have always insisted upon is that we should never make any promises on the stump that we are not ready to carry out in practice as soon as we have the power. The reason that some of my opponents have been so bitter in their denunciation of me, is that they know that if I am returned to power, I will use every endeavor to carry out in practice what I have advocated in my speeches and addresses. Whereas, they know very well that they can support with safety many of our opponents, who make all kinds of impossible promises, without the slightest intention of ever trying to carry them out in practice. Faithfully yours…” 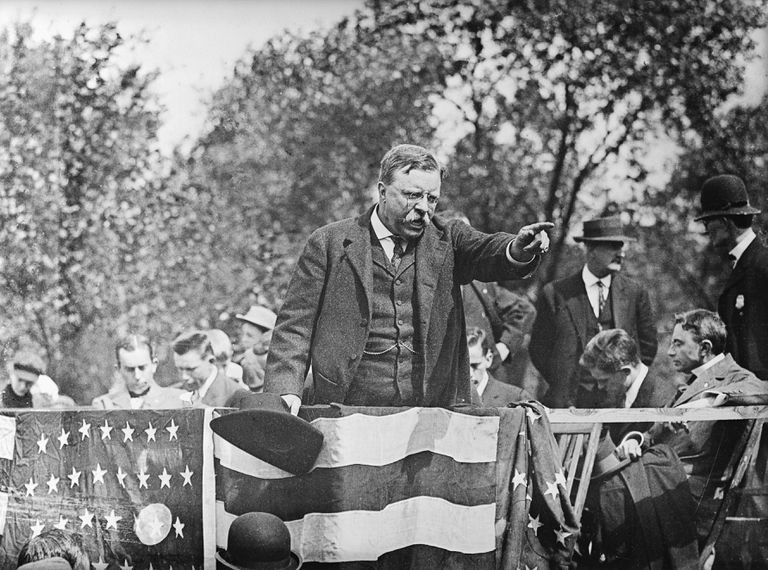 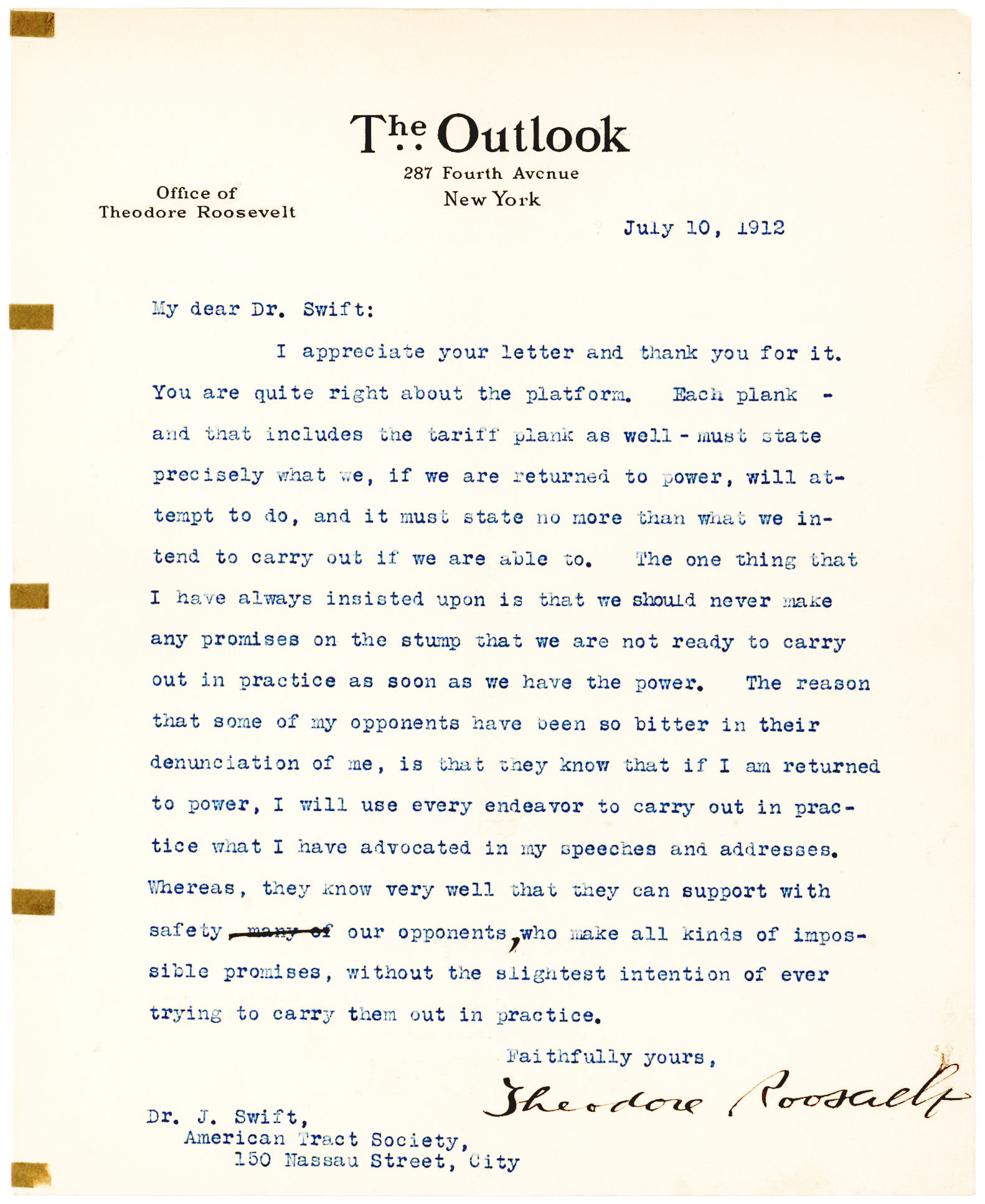 The 1909 conclusion of TR’s second presidential term was by no means the end of his political career. Roosevelt continued to play an active role as an unofficial ambassador, lecturer and author of books and articles, which appeared in the Metropolitan Magazine, The Saturday Evening Post, The Kansas City Star, and Outlook. Maintaining a hectic schedule, he continued to play a leading role in political affairs for the rest of his life.

Though he had handpicked his presidential successor, William Howard Taft, their political differences were obvious. In 1909, just months after his inauguration, Taft called a special session of Congress to discuss tariff reform. Though Taft’s intention was to reduce tariffs, the resulting Payne-Aldrich Act actually raised tariffs on products like printing paper, and led to deep divisions within the Republican Party. The 1910 New York State Republican Convention, held at Saratoga and presided over by Roosevelt, echoed the ideological split. Despite Roosevelt’s progressive influence, the convention endorsed both the Taft administration and the Payne-Aldrich Act and Roosevelt subsequently distanced himself from his party’s adopted platform.

In 1912, Roosevelt announced his intention to run against Taft for the Republican nomination and for an unprecedented third term. Though TR controlled the progressive wing of the Republican Party, Taft’s support among the conservatives ensured his party’s approval. Failing to receive the nomination, Roosevelt held his own convention in Chicago on August 5, 1912, less than a month after writing our defiant letter where he established the Progressive Party, often referred to as the Bull Moose Party. The split between Taft and Roosevelt contributed to Woodrow Wilson’s election as the 28th President of the United States. In fact, TR came in second, soundly defeating Taft in the popular and electoral vote (88 to 8).

The American Tract Society was founded in 1825 as the country’s first organization to publish and distribute religious literature on a mass scale. Swift, who had previously worked as a field secretary, served as the organization’s general secretary from 1910 until his death in1921.

The last two letters of Roosevelt’s surname are slightly feathered and there are two minor corrections in TR’s hand. Five small paper hinges in the left margin; otherwise in excellent condition.