“I must say your person really appealed to me in the short time we spent together, to which your young wife, whom I had always been happy to see, contributed her part. It was with the greatest regret that I since learned about your fate. I see it as a sign of the disintegration of marriage in our days, (and) I was careful not to take sides. That your wife did not turn to me may be based either on the absence of a feeling of illness or else on the more personal connections of the families which do preclude intimate influence. I will happily keep it in mind that your magazine is available if I have a public statement to make that falls within the range of your interests. At the present time I have had it with working; quite in vacation mode. I especially never want to connect with Harden because I want to avoid any distant association whatsoever with his Vienna analog (Kraus). Wishing you once again all the very best for the thriving of your undertaking…” 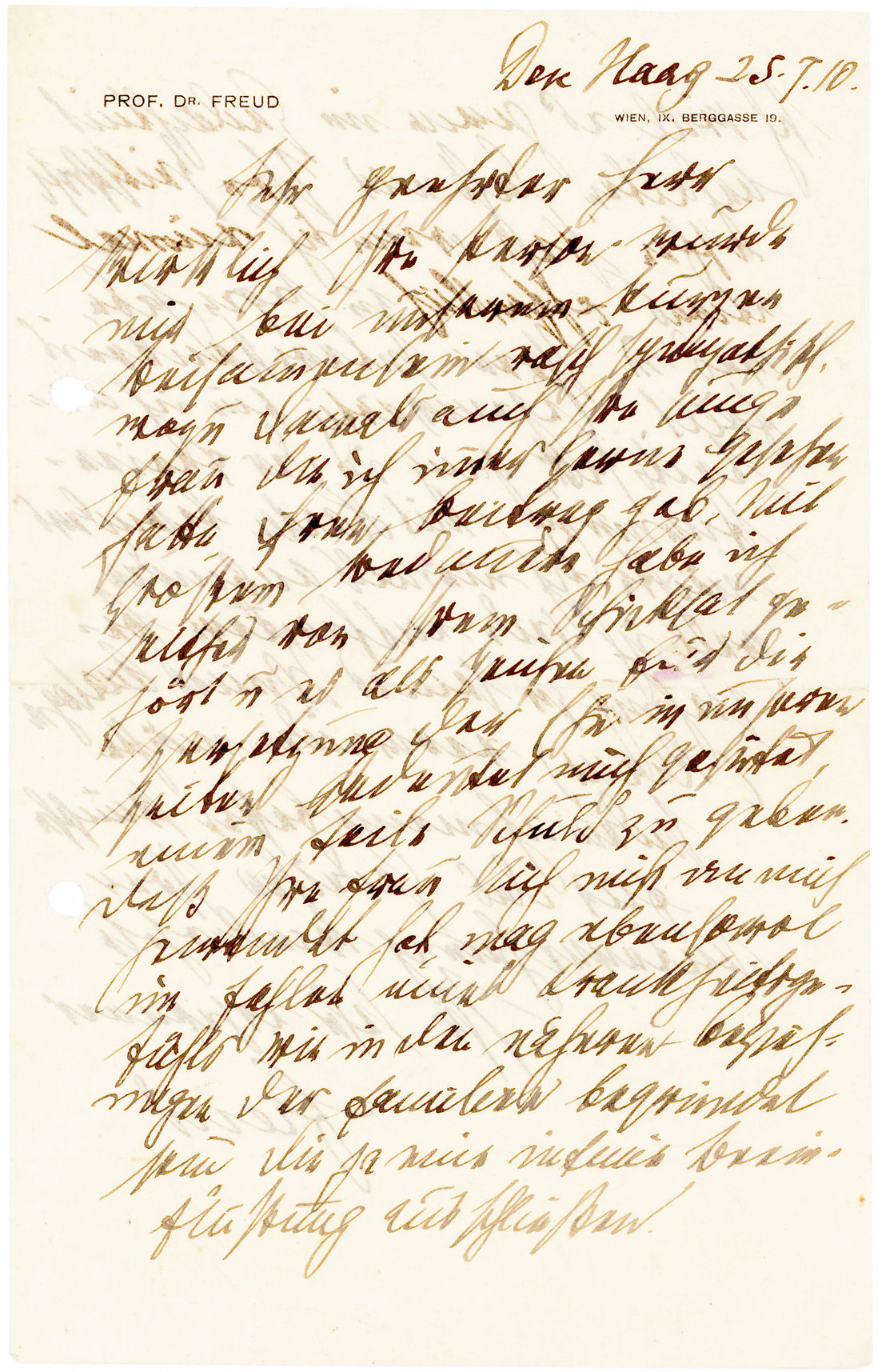 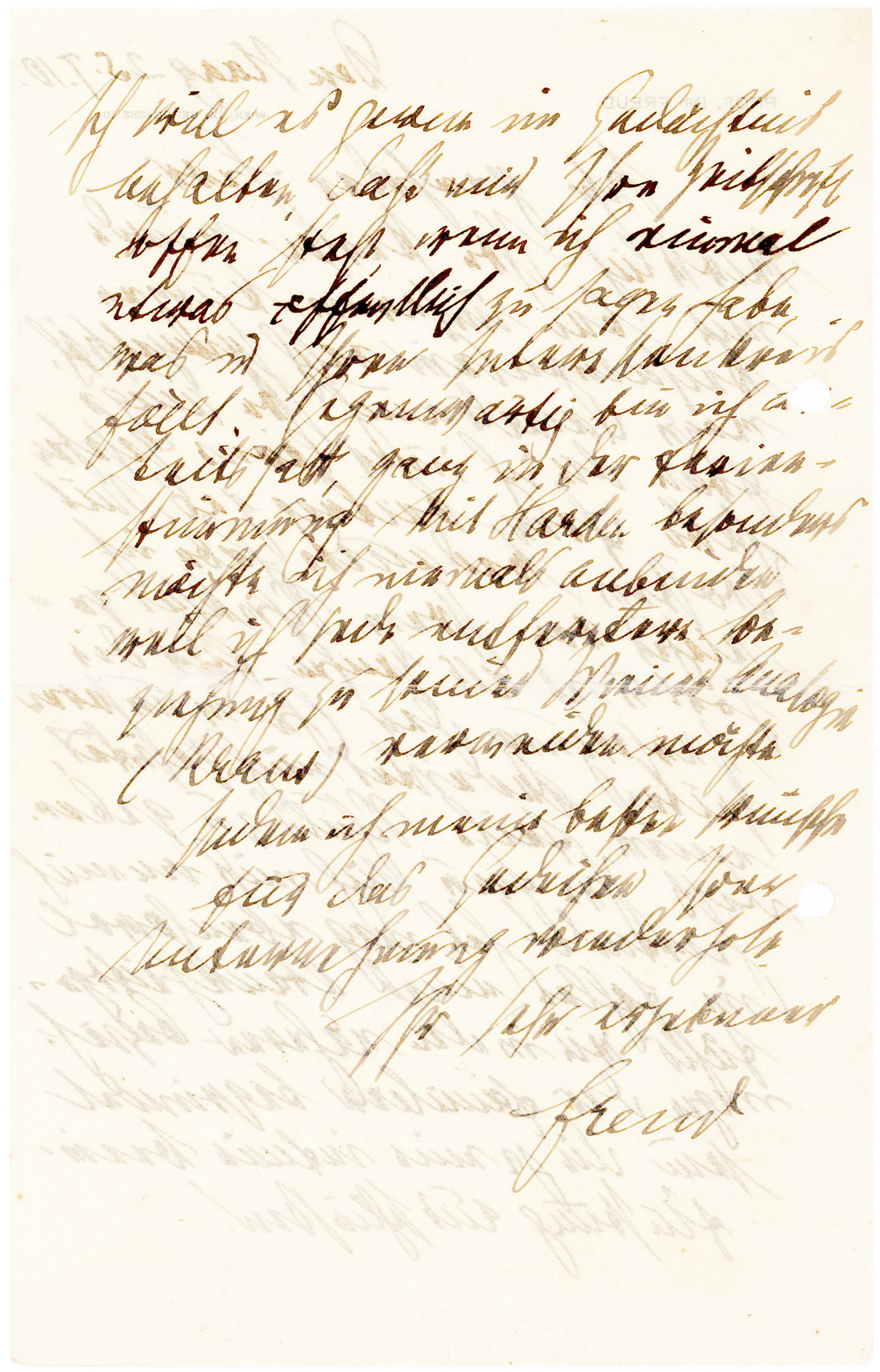 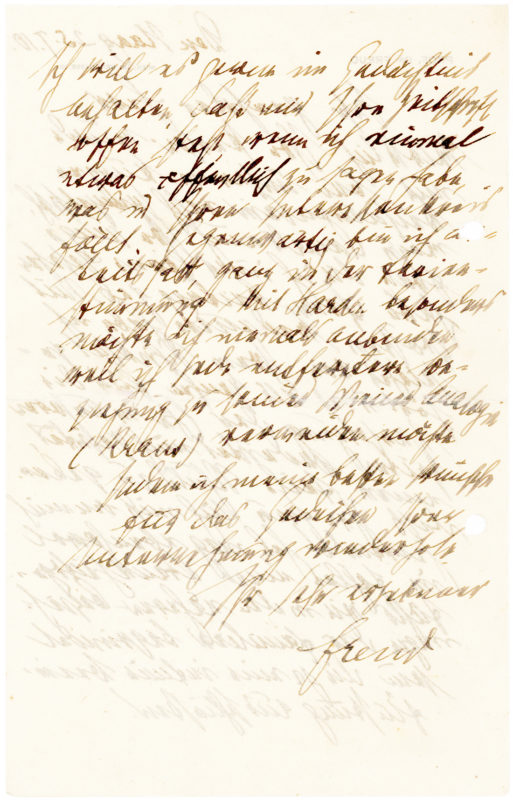 Trained as a neurologist, Freud developed psychoanalysis, a clinical method for treating psychoses, after studying with the French expert in hypnosis and hysteria, Jean-Martin Charcot, from 1885-1886. He published his ground-breaking The Interpretation of Dreams in 1899, and by 1902 he had acquired a number of followers who formed the Wednesday Psychological Society – later known as the Viennese Analytic Society ­– a weekly gathering in which physicians discussed psychoanalysis. Remembered as the father of psychoanalysis, his monumental works include Civilization and Its Discontents and Beyond the Pleasure Principle. With his students and colleagues, Freud not only shaped the future of psychoanalysis, but the very consciousness of modernity.

Our letter mentions German journalist Maximilian Harden (born Felix Ernst Witkowski, 1861-1927) who was at the center of a scandal from 1907-1909 after he exposed widespread homosexuality in German Emperor Wilhelm II’s inner circle. Harden was publisher of Die Zunkunft (The Future) in which he criticized the Kaiser and in April 1907 outed Prince Philip of Eulenburg as a homosexual. Eulenburg was Wilhelm II’s closest friend and at the center of the homosexual “Liebenberg [‘Love Mount’] Round Table” within the Emperor’s entourage. Another member of the circle, Count Dietrich von Hülsen-Haeseler, an infantry general, attempted to cover up the scandal only to drop dead from a heart attack in November 1908 while dressed as a ballerina and dancing for the Kaiser during a hunting retreat. The ensuing attempted cover up of that bizarre event only drew more attention to the widening scandal. The series of courts martial against accused homosexual officers and libel trials against Harden is referred to as the Harden–Eulenburg affair and was the biggest scandal of the time, often compared in importance to the trial of Oscar Wilde.

Austrian satirist and journalist Karl Kraus (1874-1936) was a close friend of Harden but criticized his baroque writing style and, later, the public airing of the private details of Eulenburg and his associates. He voiced his disapproval in an obituary Maximilian Harden. Eine Erledigung (A Settlement). At the time of our letter, the recipient, Halbert, was the editor of the monthly periodical Der Brief.

A warm, personal letter mentioning the “disintegration of marriage in our days” and alluding to a homosexual scandal making the rounds through the German and Austro-Hungarian empires. Normal folding with two file holes in the left margin affecting two words; some minor restoration, otherwise in excellent condition. 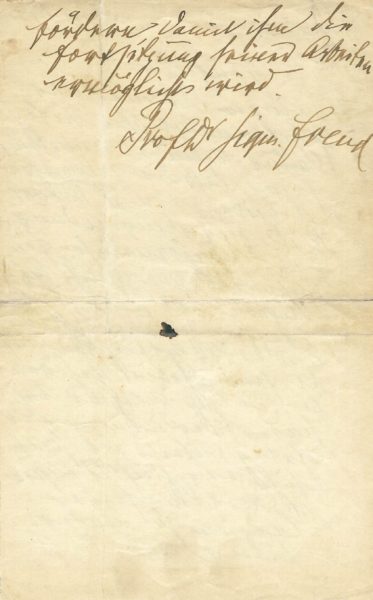 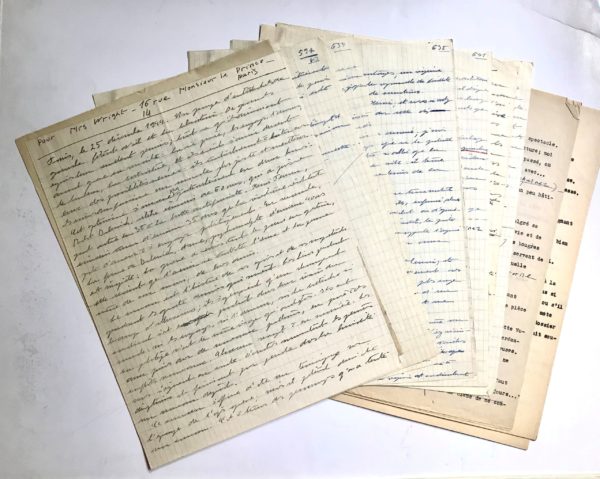