SCHOENBERG, ARNOLD. (1874-1951). Austrian composer and creator of the revolutionary twelve-tone school of composition which abandoned fixed tonality. DS. (“Arnold Schoenberg”). 2pp. 4to. N.p., August 1941. ACA-ASCAP Survey for his “Bach Choral Prelude Orchestration,” which he completes in his hand by answering several questions, including: the date of composition (1922), date of copyright (1925), publisher (U[niversal].E[dition].), year published (1925), who commissioned the work (Josef Stransky), and  where it was first performed (New York by the New York Philharmonic Orchestra with Stransky conducting in 1922). Bearing several date stamps, including one noting that ASCAP received the form back from Schoenberg on August 11, 1941.

Although he began composing in the Romantic tradition, Schoenberg soon turned toward an atonal structure through which he became a leading force in 20th-century music. During the 1920s, he developed his famous twelve-tone system, which he employed in Variations for Orchestra, op. 31 and many other works. He also taught music theory and composition, instilling his technique in many students including his two most famous pupils, Anton Webern and Alban Berg. In 1934, shortly after the Nazis labeled Schoenberg’s music degenerate, he immigrated to the United States, joining UCLA’s faculty two years later. There he continued to influence such students as John Cage, Lou Harrison and Leon Kirchner, composing such groundbreaking works as A Survivor from Warsaw, Op. 46. 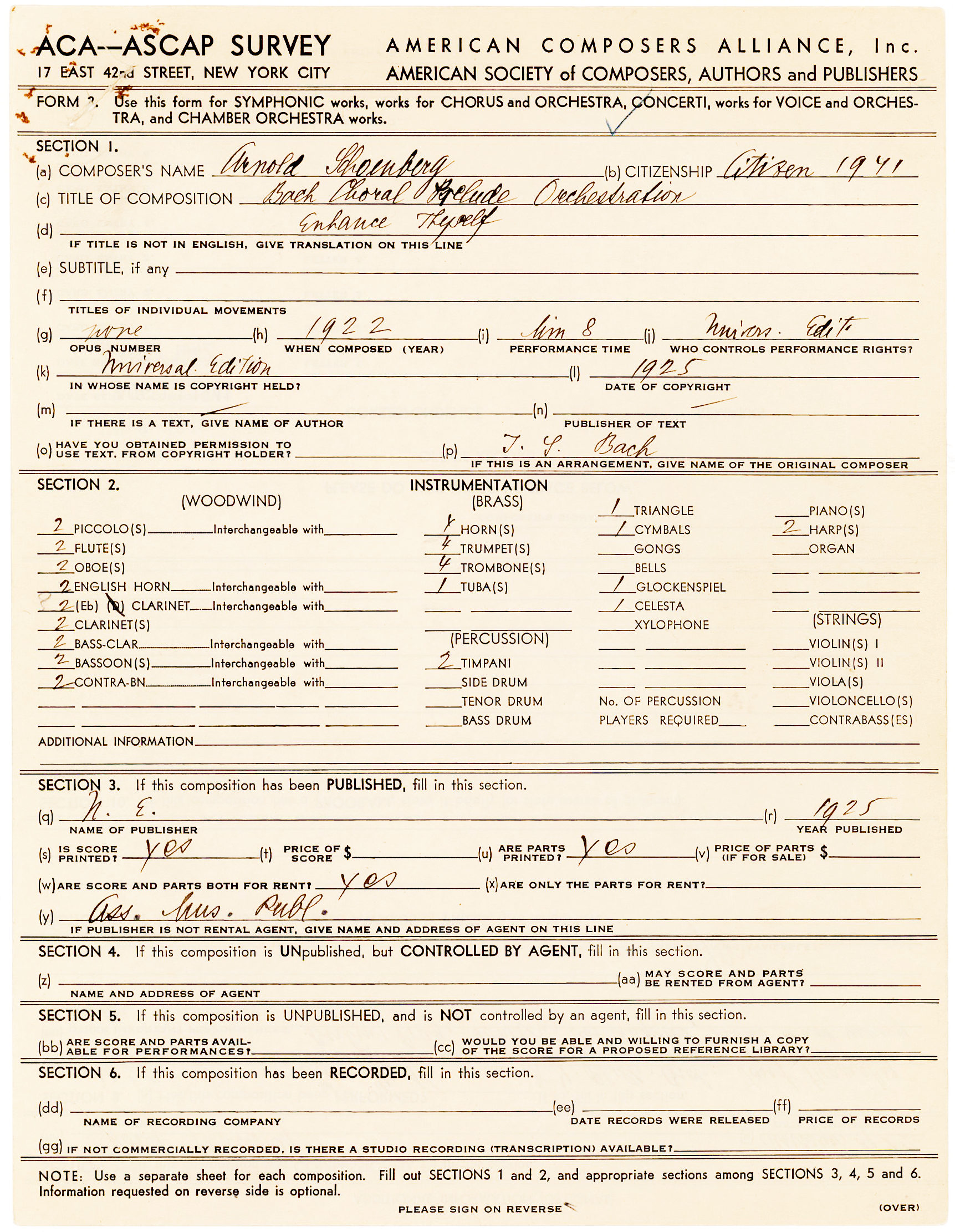 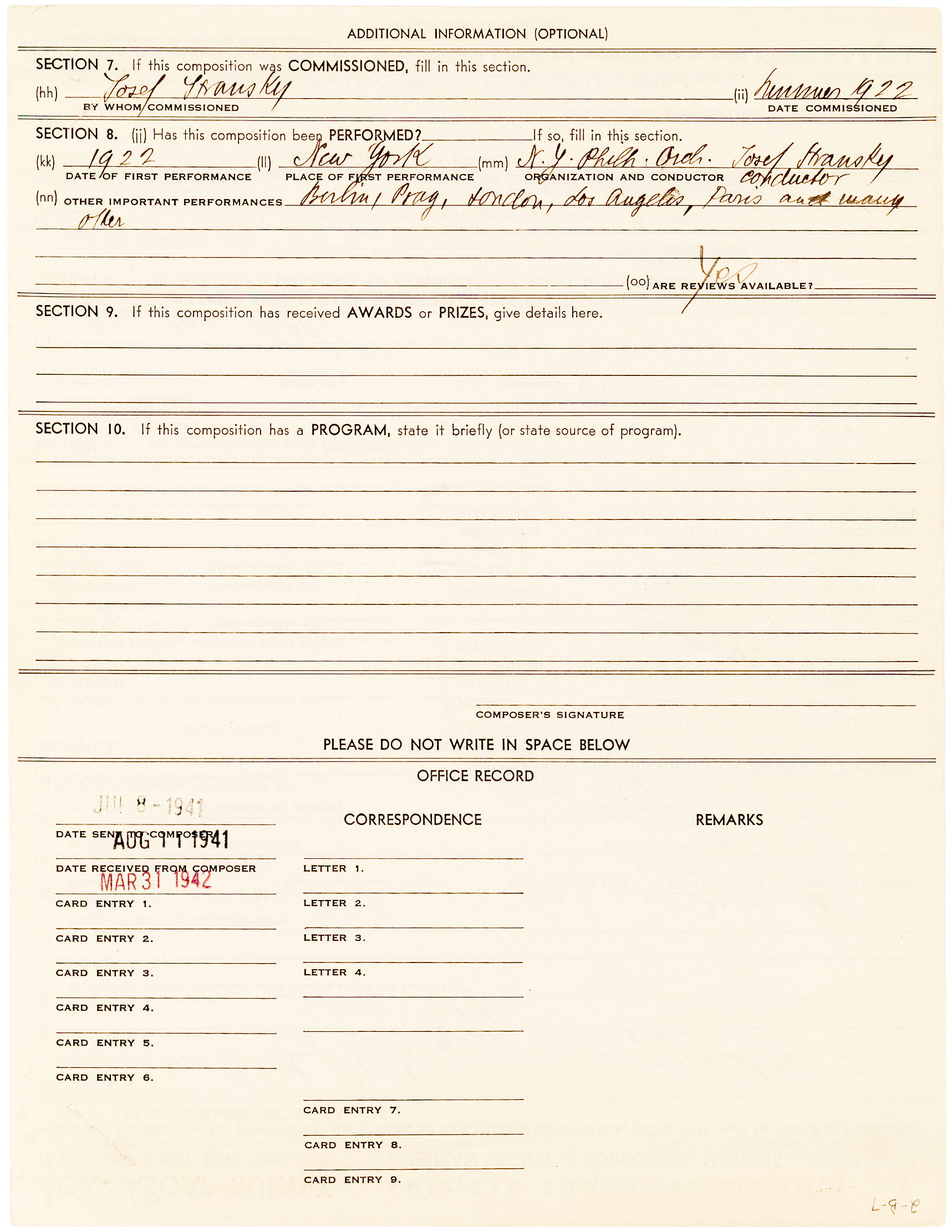 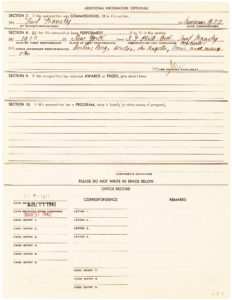 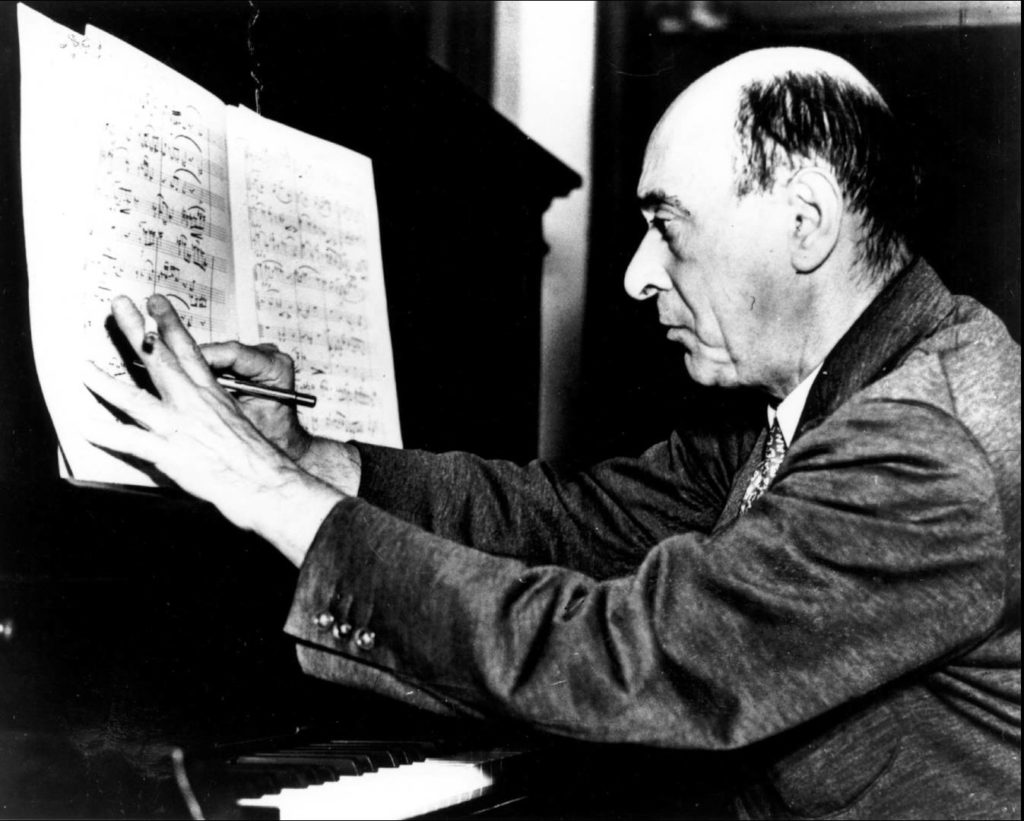 Schoenberg’s study of Bach had a sizable influence on his own work. “That Schoenberg undertook his orchestration of the Choral Prelude (BWV 631) in 1922, a year in which he was experimenting with his first twelve-tone compositions, is certainly no coincidence. Bach’s example had acquired significance for his development in several critical respects. In his 1911 Theory of Harmony, for example, Schoenberg had described the highly expressive harmonies of Bach’s chorale settings as historical precedents for his own “emancipated dissonances.” As far as his own compositions were concerned, however, his interest lay less in composing music that audibly resembled Baroque style, still less in recreating the sound world of that period, than in demonstrating affinities in terms of compositional technique… Summarizing in 1931 what he had learned from Bach, Schoenberg identified the following three aspects: ‘1. Contrapuntal thinking, i.e. the art of inventing musical figures that can be used to accompany themselves. 2. The art of producing everything from one thing and of relating figures by transformation. 3. Disregard for the “strong” beat of the measure.’ He was doubtless singling out features of Bach’s music that best fit his own practice at the time, just as his idiosyncratic approach to orchestrating Bach’s organ music highlighted the kind of relations he considered constitutive for his own compositions,” (“Back to Bach: The Conscience of History,” American Symphony Orchestra Bauhaus Bach program, Hinton).

Folded with very light creasing and wear. In very good condition. Scarce in this form. 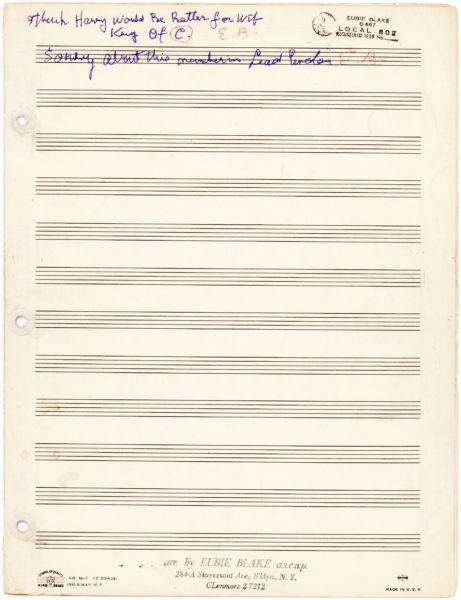