“As requested, I have the honor of sending you the score of the Preciosa, while at the same time asking for the usual response [?] of the honored theater director. Most respectfully Well-born devoted…” 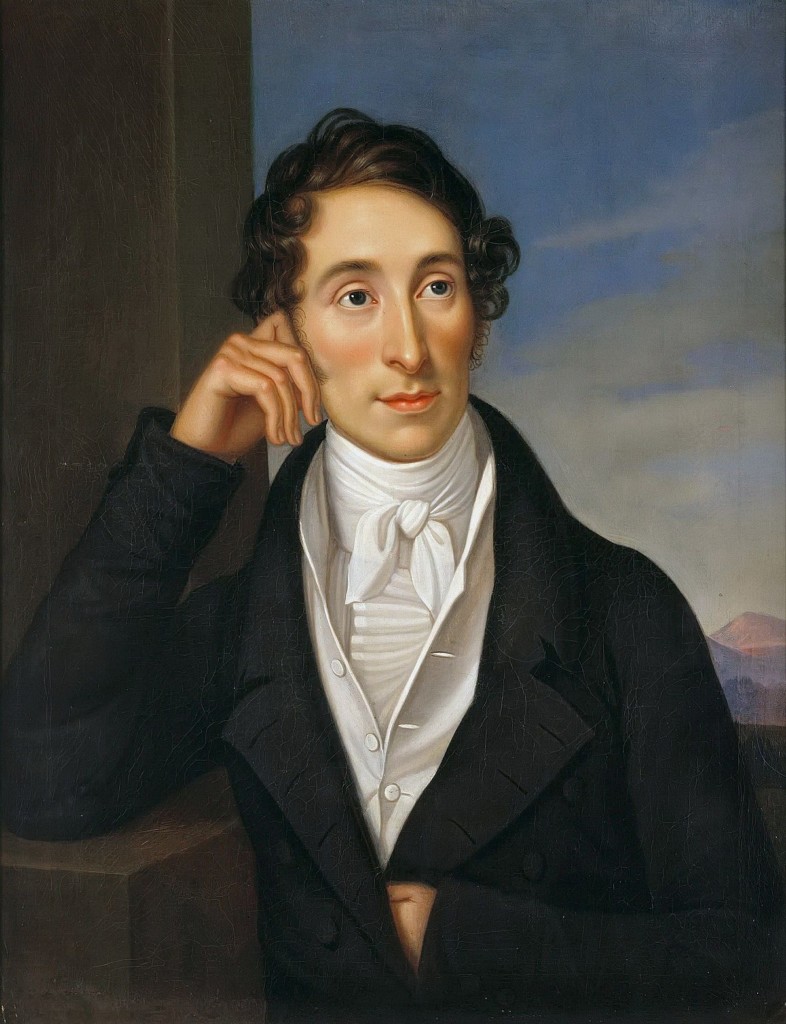 Weber began composing in his youth and, by the age of 17, was director of the Breslau Opera. After briefly leaving the musical scene to serve as Duke Ludwig’s private secretary which led to charges of embezzlement and his banishment from Württemberg, Weber returned to his musical career, as a composer and conductor. In June 1816, at the request of the King of Saxony, Weber became director of German opera at Dresden, whence our letter was penned. With the 1821 success of Der Freischütz, an opera that made use of German subjects and folk music, Weber widely promoted the idea of a German operatic tradition. Although his career was cut short by an early death, his contributions to the world of music are significant. “Weber’s role as a father figure of Romanticism was acknowledged by all those who succeeded him in the movement,” including Berlioz, Wagner, Debussy, and Mahler, (The New Grove Dictionary).

Eichhorn was a bookseller in the city of Nuremburg who brokered a Nuremburg theater’s purchase of the scores of Weber’s opera Der Freischütz and the incidental music for Pius Alexander Wolff’s 1821 play Preciosa (Opus 78), the subject of our letter, between 1822 and 1823.

Folded and creased with normal wear. With the integral holograph address leaf, which is postmarked and endorsed. In fine condition. Published in the Weber Gesamtausgabe. Uncommon. 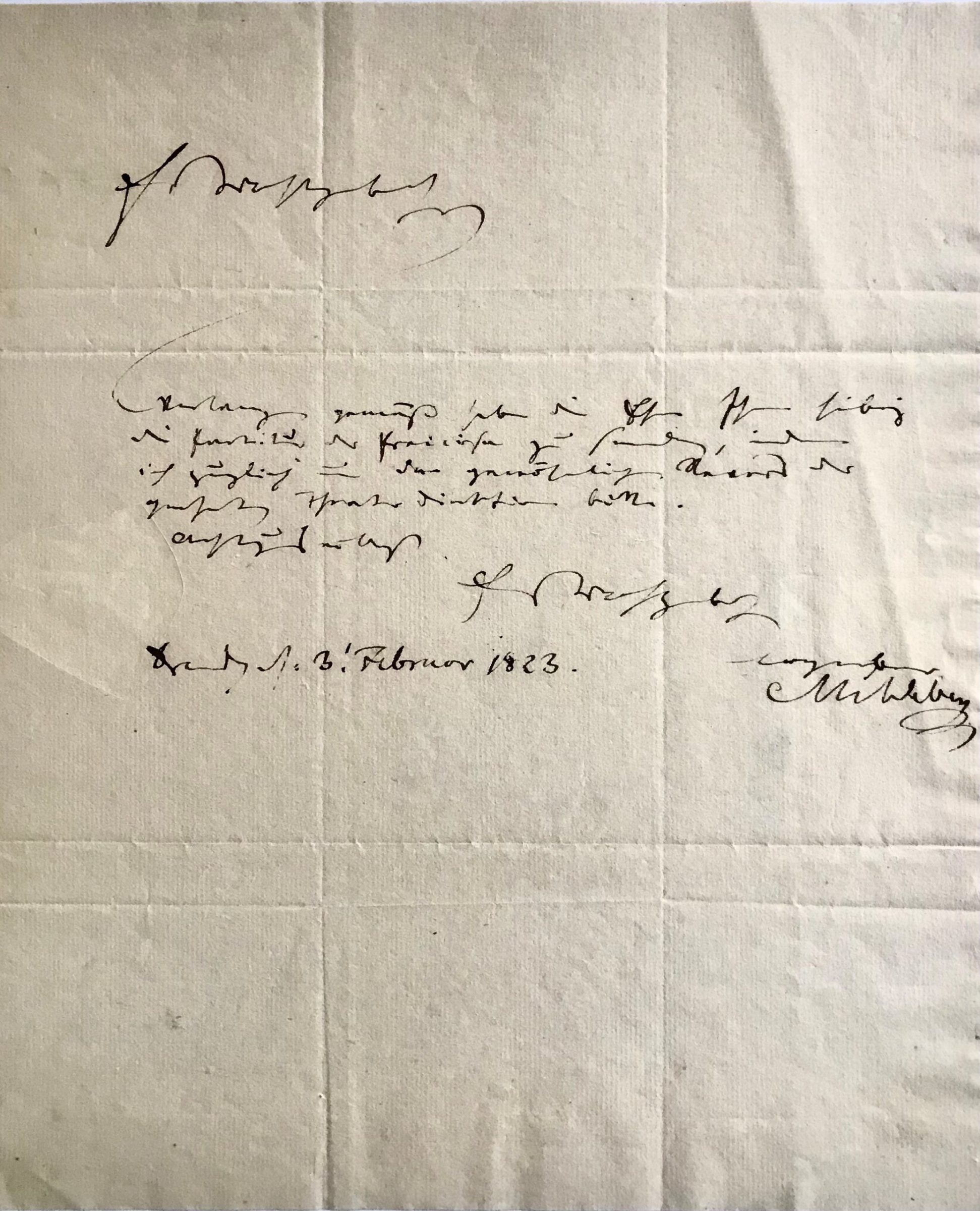 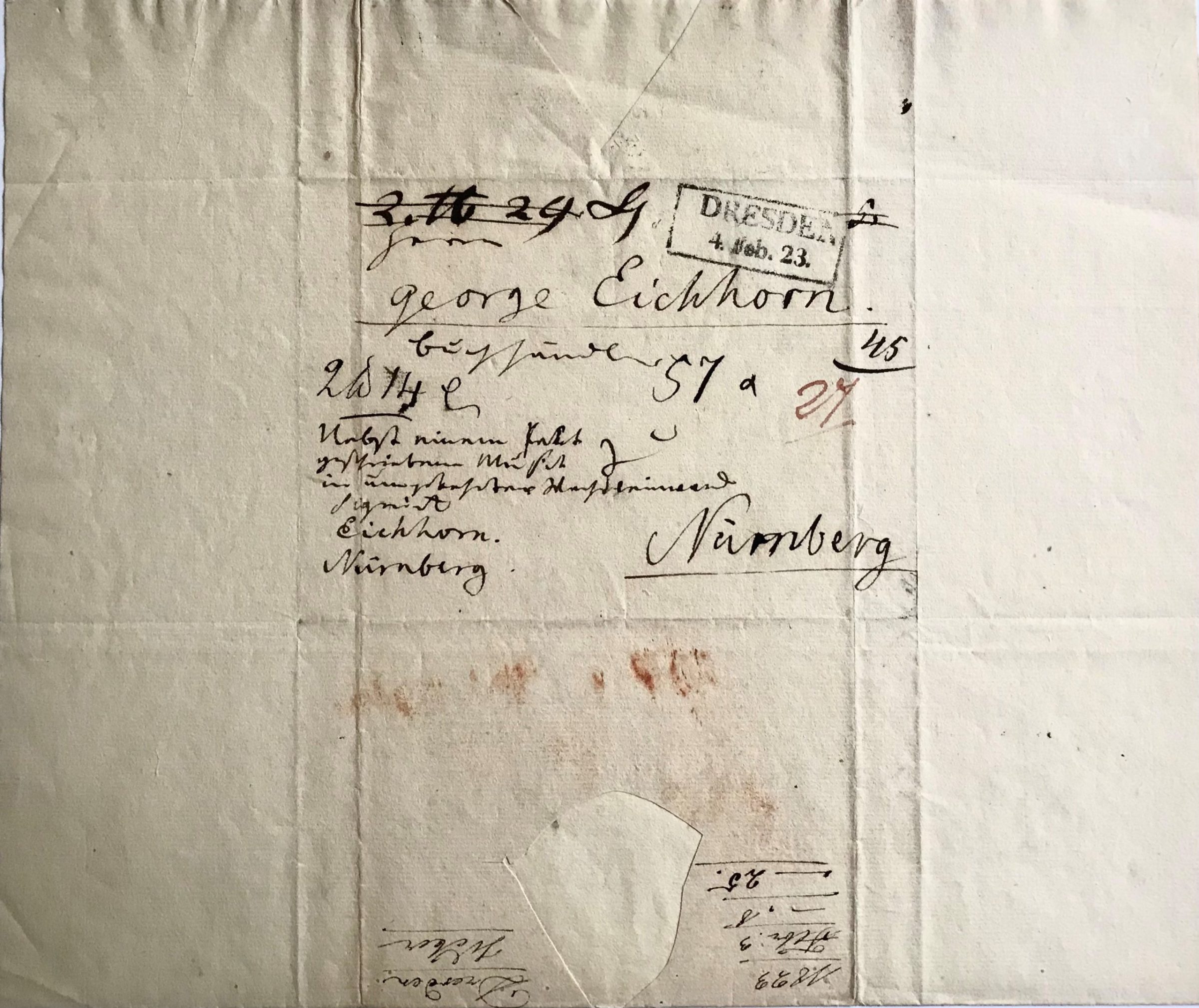 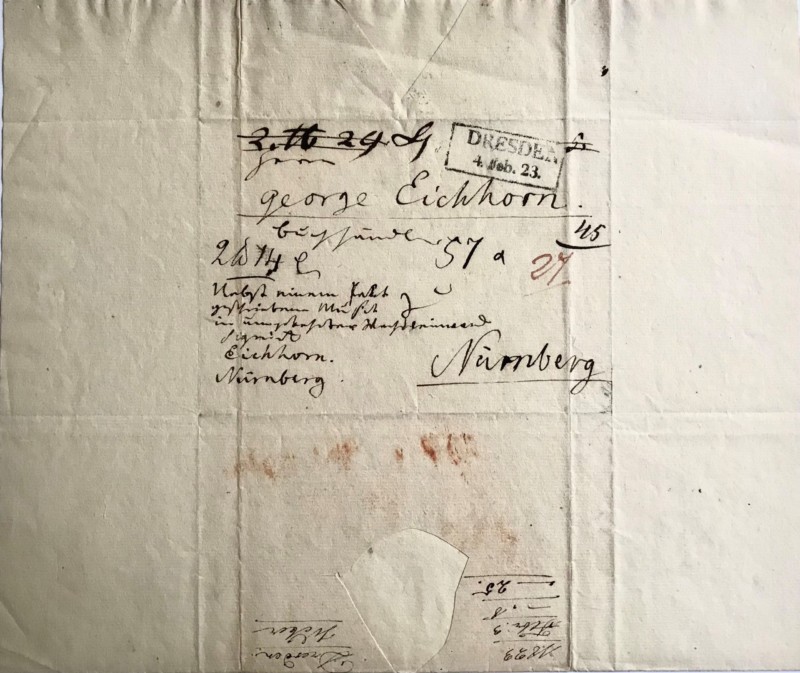 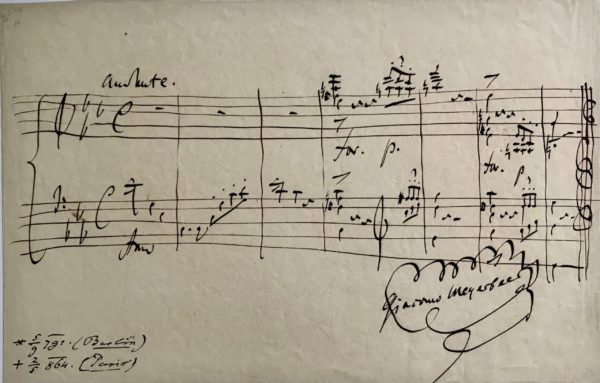 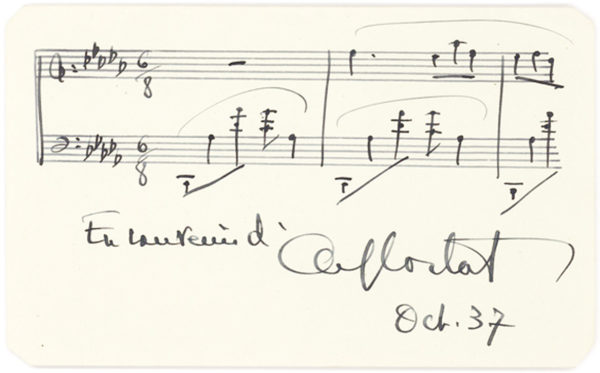