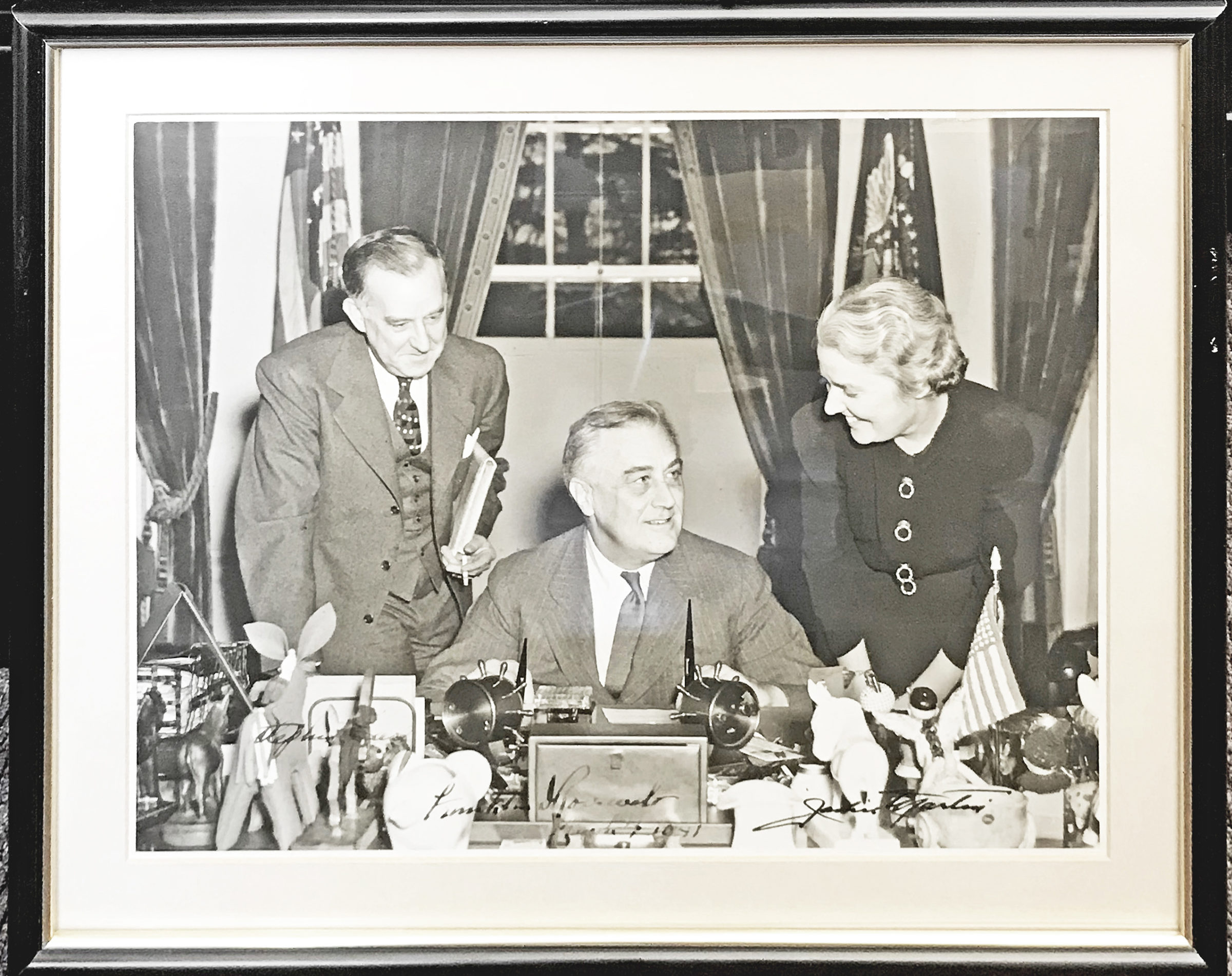 Between 1935 and 1939 the U.S. Congress enacted legislation designed to keep America out of another European war. However, during this period Italy invaded Ethiopia, China fought Japan, a bloody civil war engulfed fascist Spain, and on September 1, 1939, Germany attacked Poland, precipitating the Second World War, which involved England, France, Australia, New Zealand, India, South Africa, and Canada. Four days later FDR announced the U.S.’s official policy of neutrality, popular support for which stemmed from America’s initially reluctant involvement in World War I a generation earlier and the subsequent growth of U.S. isolationism. By the end of 1939, however, Roosevelt urged the repeal of the Neutrality Act so the U.S. could provide aid to its allies. On March 8, 1941, the Senate passed the Lend-Lease Bill, and Roosevelt signed it a week after autographing our photograph, on March 11. The law allowed the U.S. to supply Allied nations without entering the war, and was one of the most consequential actions of his presidency.

LeHand started working for Roosevelt in 1920 and saw him through his polio, governorship of New York and into the White House. “At a time when executive secretary was the highest practical career ambition of most American women, Marguerite LeHand… was the first secretary of the United States. At a time when executive secretaries were often in practice or at least in theory ‘office wives,’ she was that, too,” (Franklin D. Roosevelt: His Life and Times, Graham, et. al.). When Eleanor was unavailable, LeHand was hostess in her stead and FDR often consulted her on political matters. After collapsing at a White House function in June 1941, LeHand suffered a massive stroke which left her an invalid. “The nature of her relationship to FDR remains speculative. He paid all her hospital bills [after her stroke], and though she predeceased him, his will stipulated that her medical expenses be covered from income from the estate,” (ibid.). (It has been speculated that LeHand’s stroke was precipitated by the stress caused by Roosevelt’s affection for Crown Princess Märtha of Norway. The princess was married to King Olav, with whom Roosevelt lunched on the day our photograph was signed.)

Roosevelt first met Early when the journalist was covering the 1912 Democratic National Convention, and Early reported on the Navy from 1913-1917, while Roosevelt was its assistant secretary. After his return from World War I, Roosevelt asked Early to be an advance man for his 1920 vice presidential run. Early then worked for the Associated Press and Paramount News before returning to politics to become one of FDR’s press secretaries in 1932, a post he held until 1950. He went on to become President Truman’s Deputy Secretary of Defense and, later, his press secretary.

Martin was a pioneering female photojournalist, art director and editor of the Washington Times-Herald. She covered World War II in France and Italy, and her work appeared in major American magazines. At the time of our photograph she was associate editor for Women’s Home Companion as well as starting her freelance career which lasted several decades. Framed, but not examined out of the frame. Very minor mounting traces barely visible along the top edge. Near fine; portions of Early and FDR’s signature and date are a bit light. An impressive and evocative photograph of FDR, nine months prior to Japan’s attack on Pearl Harbor. 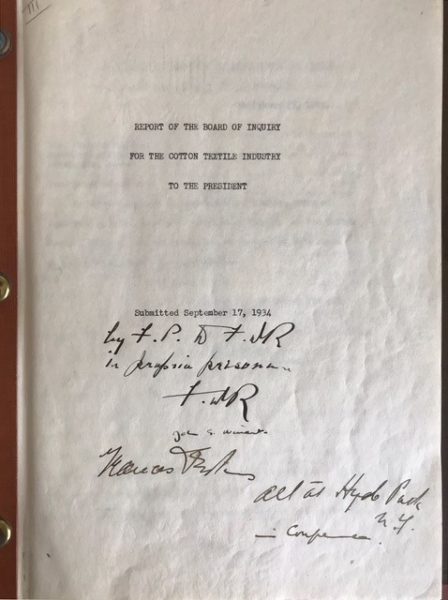 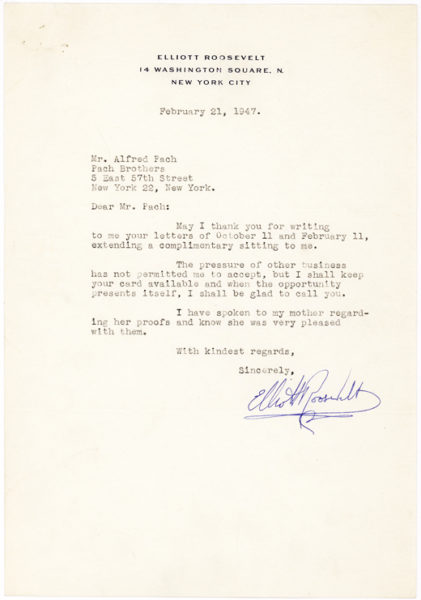