“But I cannot do this for you again. You had better offer it to the Hearst Press, which is pressing me for an utterance on the subject and would pay me handsomely for it. … 4/12/29” 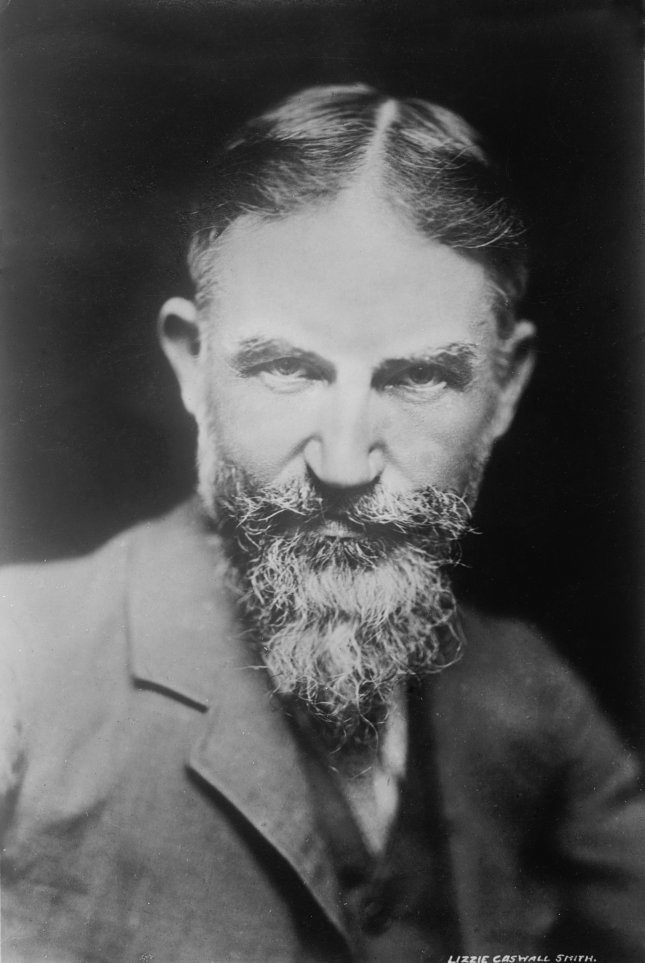 World War I prompted Shaw to abandon the creation of socially critical drama, and instead write criticism about the horrors of the period, including his controversial pamphlet, Common Sense about the War, suggesting that both Great Britain and the Allies were as responsible as the Germans for the atrocities committed, and argued for negotiation and peace. He also gave numerous anti-war speeches, provoking much criticism from his countrymen.

In 1928 Shaw authored The Intelligent Woman’s Guide to Socialism, Capitalism, Sovietism and Fascism and by the 1930s had identified himself as a communist. Shaw also had strong opinions on the Treaty of Versailles signed at the end of World War I. “Shaw recognized that there was a human instinct called nationalism that made people ‘dissatisfied unless they think they are governed by themselves and not by foreigners’. He believed that the Treaty of Versailles, which placed Germany in an inferior position, was an affront to that instinct, and that Hitler had been hoisted to power by the force of national resentment. Such was the outcome of an abuse of victory. He had urged the Allies to dismantle the military frontiers imposed by the Treaty, and when they failed to take this initiative he applauded Hitler for ‘the political sagacity and courage with which he has rescued Germany from the gutter and placed her once more at the head of Central Europe,’” (Bernard Shaw: The Lure of Fantasy 1918-1951, Holroyd). It is undoubtedly because of his many published comments on these matters that Shaw’s opinion was sought by newspaper syndicates, including the Hearst corporation.

With a faint paper clip impression in the upper left corner and a series of small stains in the upper right corner. In very good condition. Accompanied by an envelope addressed to Russell by Shaw. 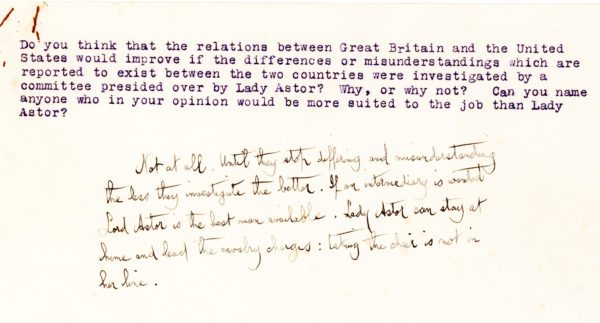