“I am very pleased that you wish to purchase the small maquette of the large ‘Sheep piece’ – which is 2/7 (of an edition of 7.) I am sure that the work you have put in during the last two days (& previously) will produce a very good film & I look forward to seeing the final result…”

Though influenced by classical sculpture Moore, from the beginning of his career, created non-traditional works that were initially rejected by the mainstream art world. In the late 1920s, his abstract sculpture captured the public’s interest and he was awarded commissions, gallery shows and a teaching post. During the late 1950s Moore began to concentrate on larger works designed to be viewed outdoors and for which he became known throughout the world. One such example is Moore’s sculpture Lincoln Center Reclining Figure, commissioned in 1963 and installed in New York’s Lincoln Center’s reflecting pool between the Vivian Beaumont Theater and Avery Fisher Hall. 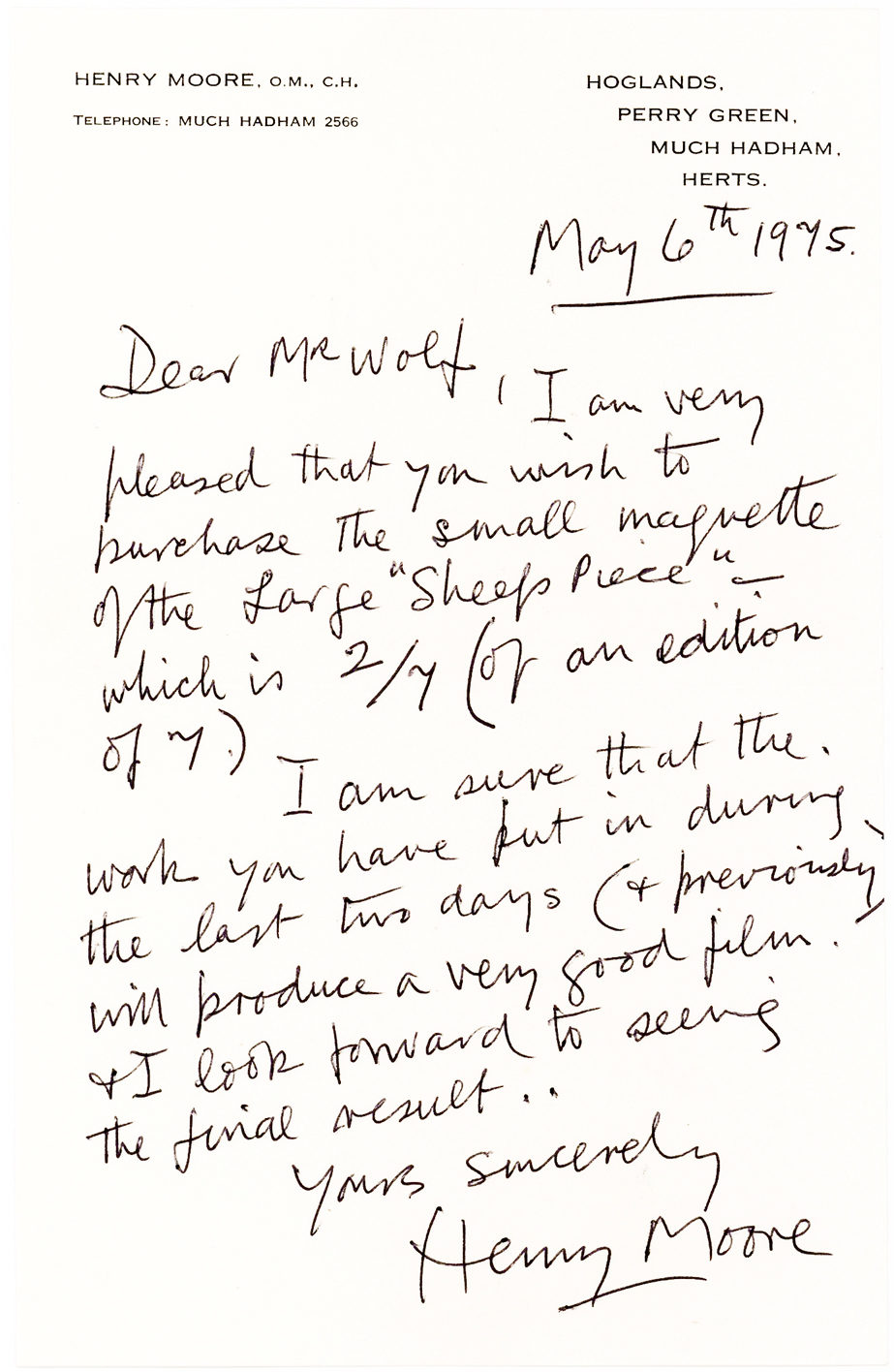 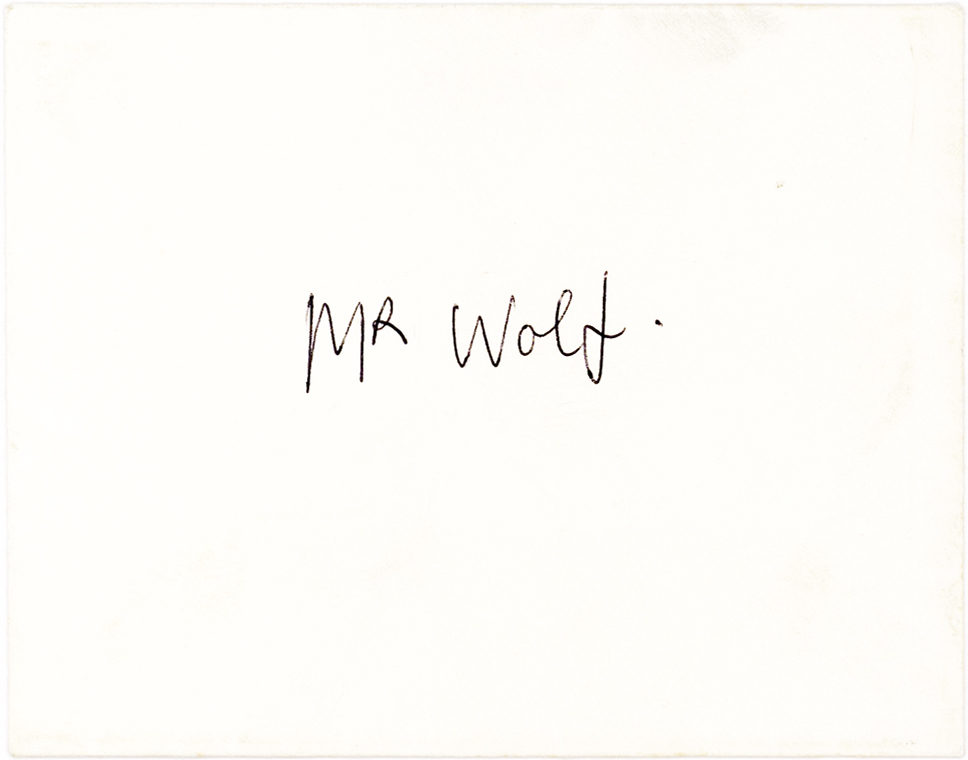 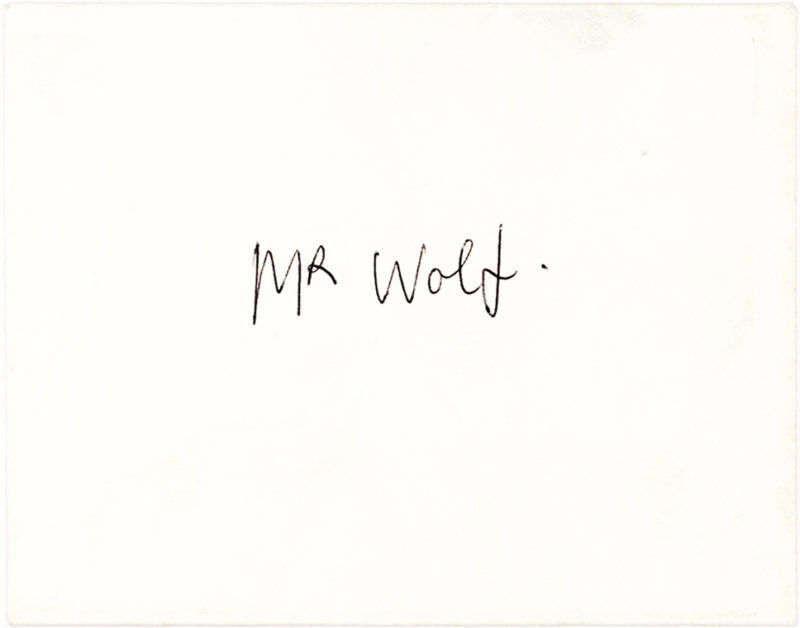 Inspired by sheep grazing in the Hertfordshire hamlet of Perry Green, Moore created Sheep Piece between 1969 and 1972. The sculpture began with a 14 centimeter maquette (Henry Moore Foundation catalogue number LH 625), modeled in plaster then cast in bronze. In 1971, a larger maquette of 142 centimeters (HMF catalogue number LH 626) was created from which came the limited edition bronze cast, the subject of our letter. Over the course of the next year, Moore produced a monumental full scale bronze in an edition of 3+1 (one artist’s copy). The four casts are located in Perry Green; Zurich; Kansas City; and Purchase, New York.

Arthur Wolf was a principal of the Centron Corporation in Lawrence, Kansas. Although the company specialized in educational films, they also ventured into documentaries, one of which won an Academy Award in 1969. Their documentaries include the 1970 film Henry Moore: Master Sculptor and Henry Moore: Art and the Art of Living released in 1976. The maquette for Sheep Piece in the collection of the Henry Moore Foundation (catalogue number LH 625 cast 2) was donated to the museum by Wolf. Folded and in very good condition. With an autograph envelope. Uncommon in ALS. 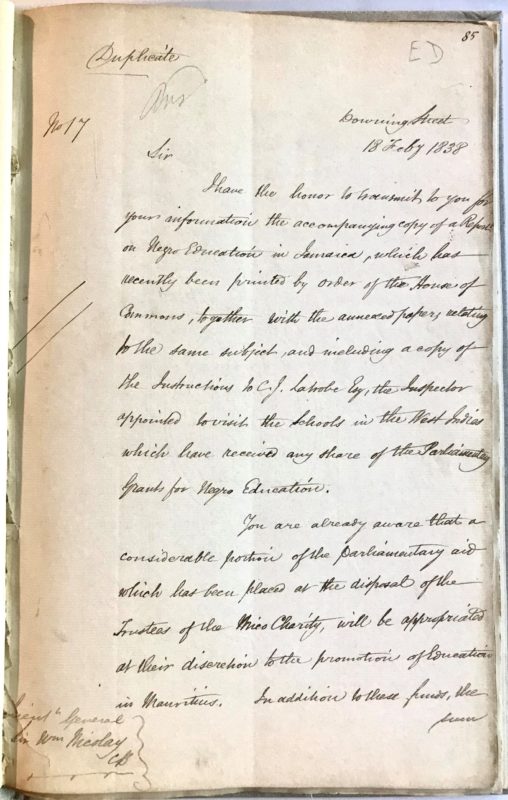 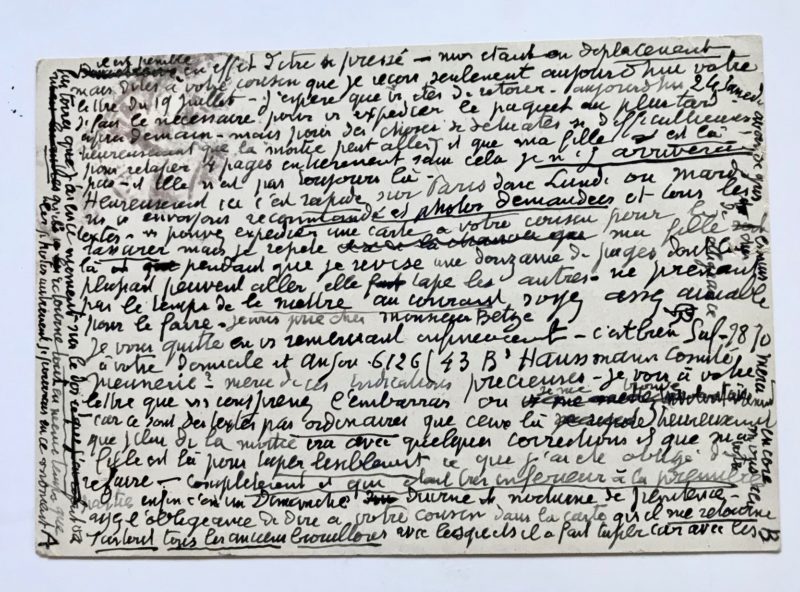