LEAK, ANN E. (1839(?)-1899). American armless sideshow performer, who earned her living by publicly displaying her dexterity with her feet during the decades after the Civil War. SP. (“Ann E. Leak Born without arms, Age 29 yrs”). CDV. Georgia, August 30, 1871. A sepia carte-de-visite photograph showing Leak on a covered table holding a knife and fork with her feet above a plate of food. Signed on the verso with the message “I write poetry & prose, Holding my pen between my toes.”

Born into a large and wealthy Georgia family and predicted to live for only a few days, Leak defied her doctor’s and family’s expectations. She not only became dexterous with her feet, but also attended college and obtained the education and training necessary to become a governess, even though her need of an assistant thwarted her career ambitions. The Civil War impoverished her family necessitating that she seek out a source of income. After earning money by teaching hair braiding, she reluctantly began to put on public display her remarkable ability to knit, sew, crochet, embroider, write, and use scissors and silverware. She first performed at P.T. Barnum’s New York City American Museum in 1865, before exhibiting her skills on the road. Leak rejoined Barnum in 1872 and toured with his Great Travelling Museum, Menagerie, Caravan and Hippodrome. She earned additional income by selling knitted goods and other souvenirs such as our signed photograph. Leak eventually married Pennsylvania circus manager William R. Thomson and gave birth to a son.

A newspaper illustration based on our image was used on the cover of her 1867 The Autobiography of Miss Ann E. Leak, Born Without Arms, published in Melbourne by Azzopardi, Hildreth and Co.

Uncommon and in excellent condition. 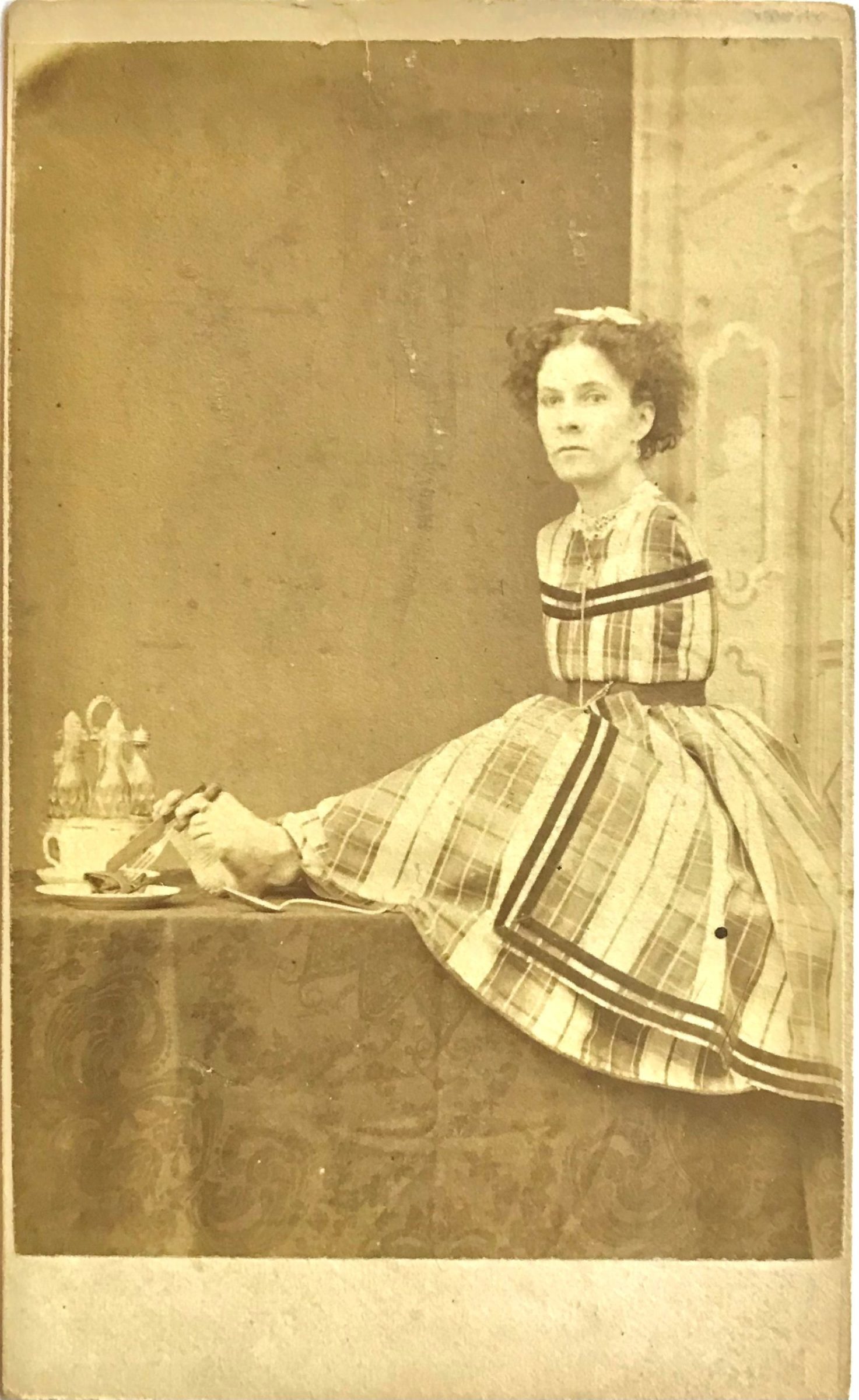 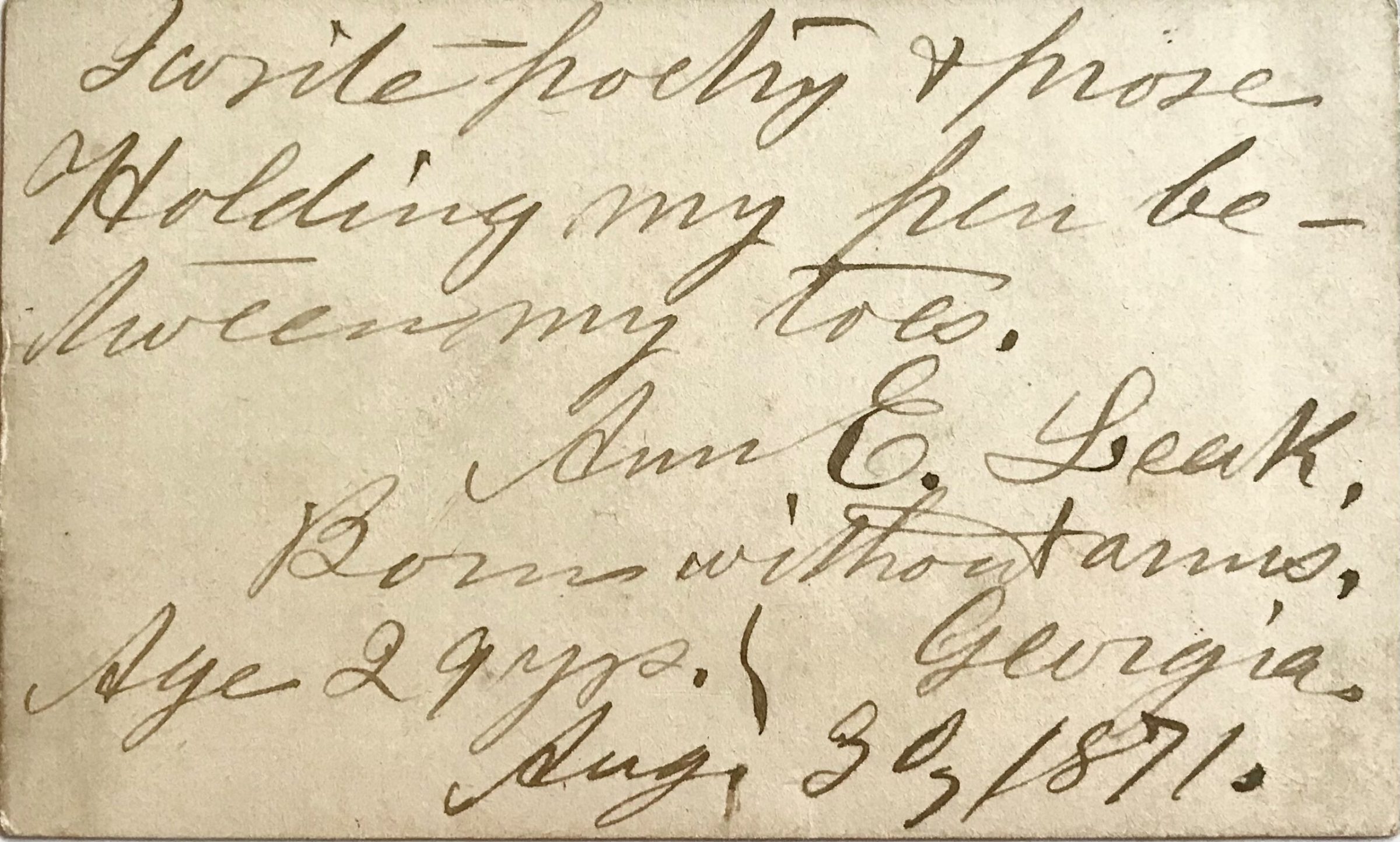 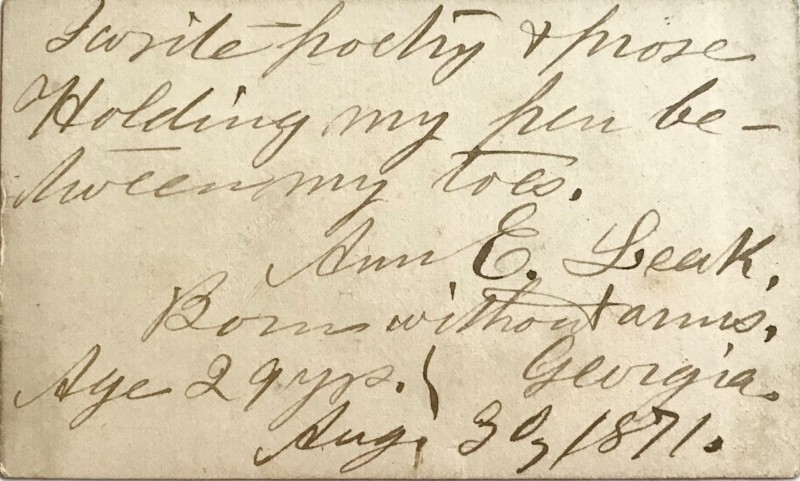 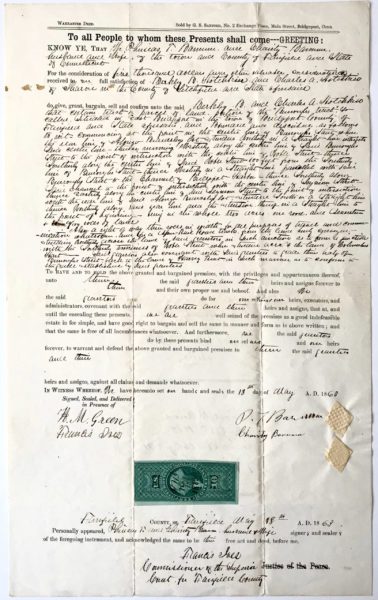