A Signed Photograph of the Famed Naturalist

Born on a farm in the Catskills, Burroughs was an ardent lover of nature whose career of writing and philosophizing on the subject began in 1860 with the publication of his essay Expression in the Atlantic Monthly. Editor James Russell Lowell initially thought it had been plagiarized from Ralph Waldo Emerson who was incorrectly credited as its author in subsequent publications. Encouraged by his close friend, poet Walt Whitman, Burroughs published a collection of essays, Wake-Robin, in 1871, while working as a federal bank examiner in Washington, D.C.

Burroughs’ work combined observations of nature with philosophy, religion and literature and made him a popular figure during his day. Among his fans was Theodore Roosevelt who, after meeting him in 1889, became a close friend for the next three decades. Burroughs’ essays also appeared in such collections as Locusts and Wild Honey, Squirrels and Other Fur-Bearers, Songs of Nature, Ways of Nature, and Camping and Tramping with Theodore Roosevelt.

In 1873, Burroughs purchased a farm in the Hudson Valley town of West Park and built an estate called Riverby, where he continued to write and cultivate various crops. 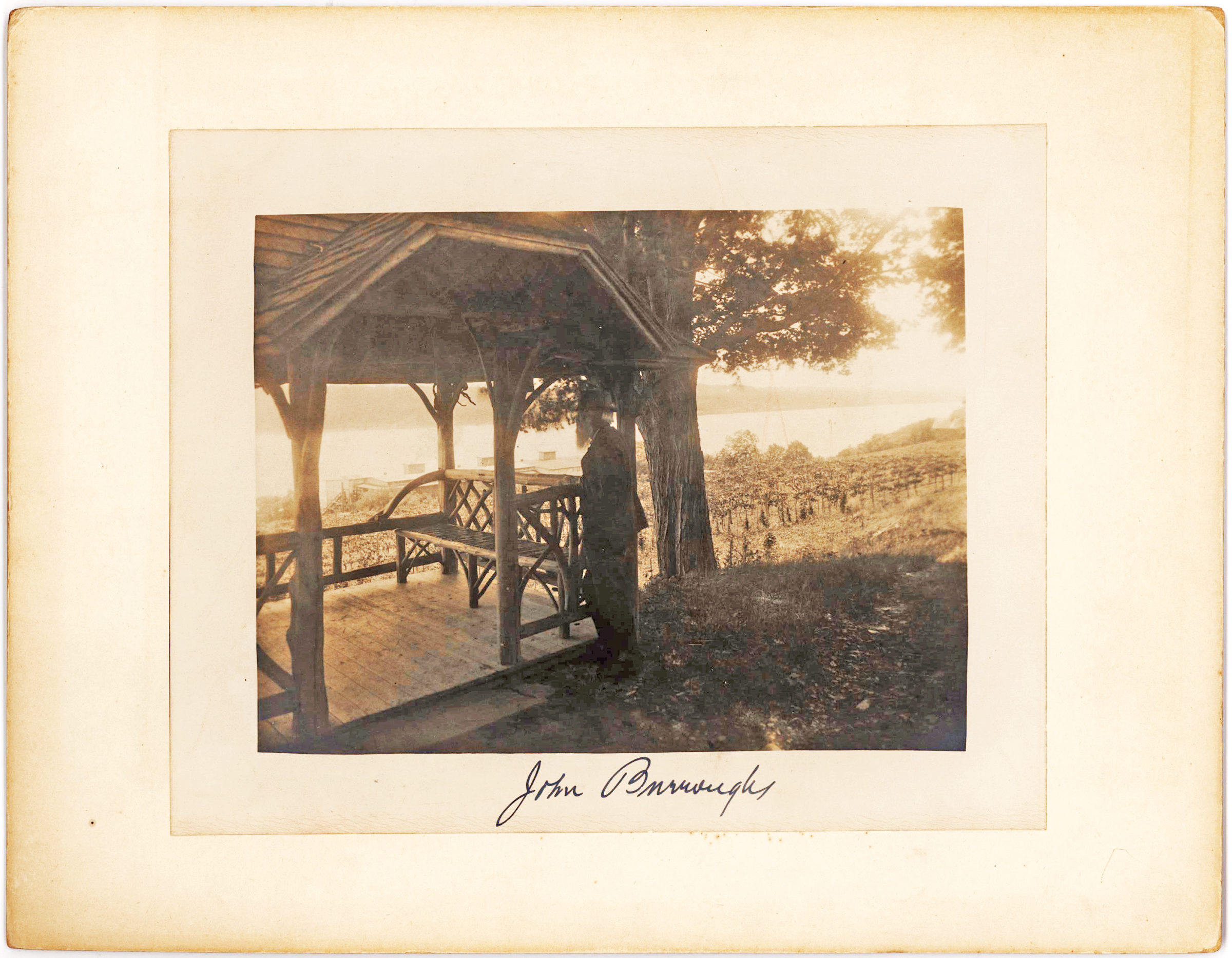 A Signed Photograph of the Famed Naturalist 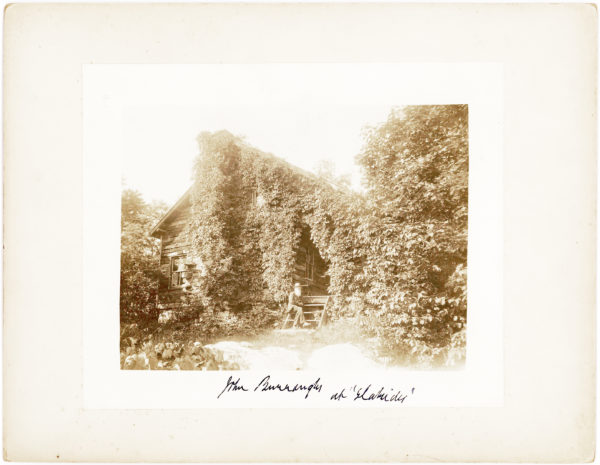