Inspired by Percy Bysshe Shelley and the Romantic Poets, Browning published his first work, “Pauline, a Fragment of a Confession,” as a tribute to Shelley, anonymously in 1833. Two years later he published “Paracelsus,” which was received favorably by prominent men of letters like William Wordsworth, Charles Dickens, John Stuart Mill, and Alfred Tennyson. Although his narrative poem “Sordello” negatively affected his reputation, by 1844 he was a scion of the Victorian literary scene. Among his most famous and influential poems are “My Last Duchess,” “Love Among the Ruins,” “Home Thoughts from Abroad,” “Porphyria’s Lover,” and “Meeting at Night,” the latter a love poem written while courting fellow poet Elizabeth Barrett, whom he secretly married in 1846. The pair eloped to Italy to escape from Elizabeth’s over-protective father and spent the rest of their lives together there.

Browning’s numerous admirers include Henry James, George Bernard Shaw, Ezra Pound, Jorge Luis Borges, Vladimir Nabokov, and even Stephen King. In his book Critic as Artist, Oscar Wilde described Browning as “the most Shakespearean creature since Shakespeare,” and critic Harold Bloom said that he was “the most considerable poet in English since the major Romantics, surpassing his great contemporary rival Tennyson and the principal twentieth-century poets, including even Yeats, Hardy, and Wallace Stevens,” (The Best Poems of the English Language: From Chaucer through Robert Frost, Bloom).

Elegantly matted with a lovely black-and-white portrait of the aged poet. Not framed. 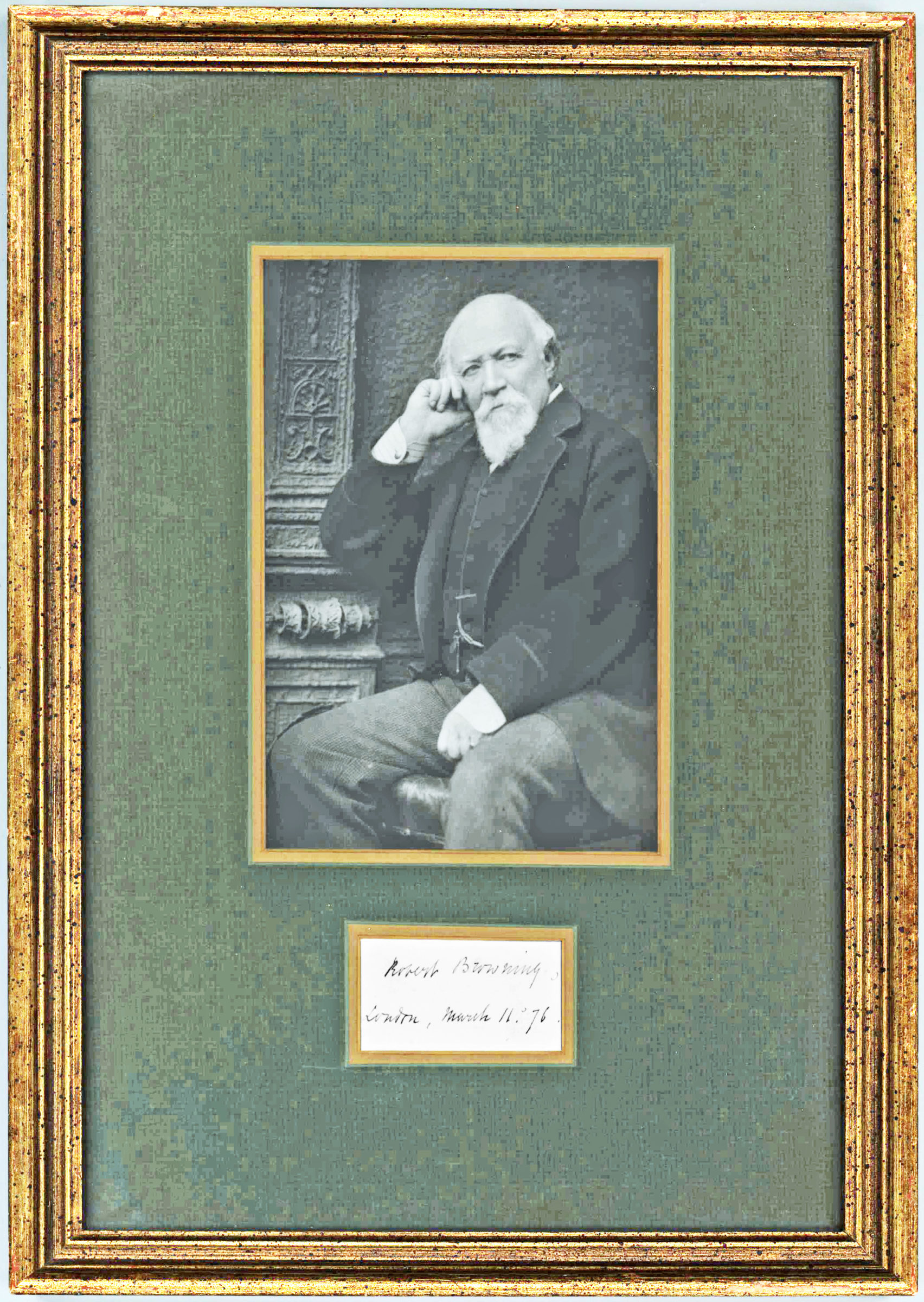 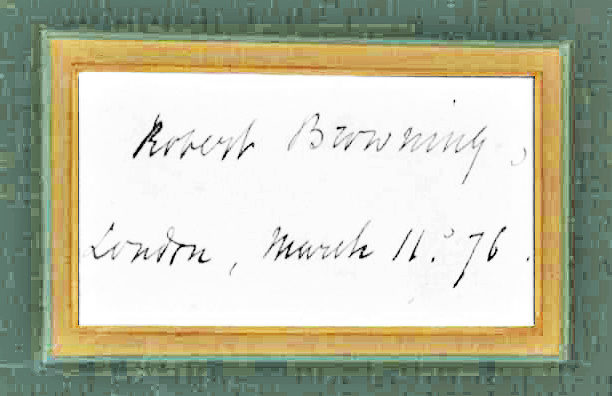 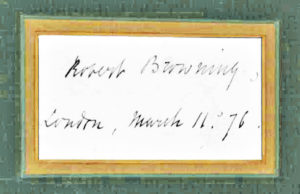 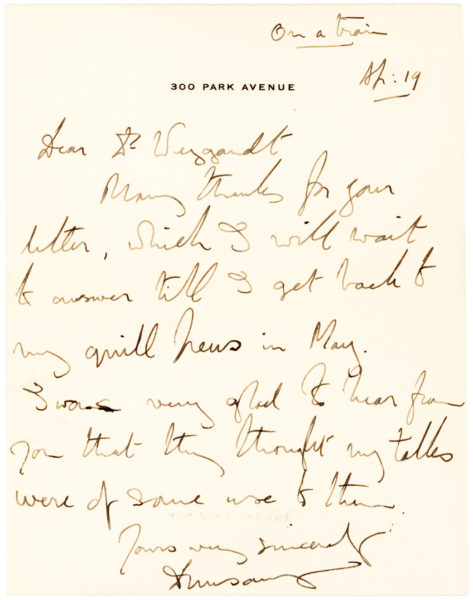