Photograph of Count Basie Seated at His White Piano 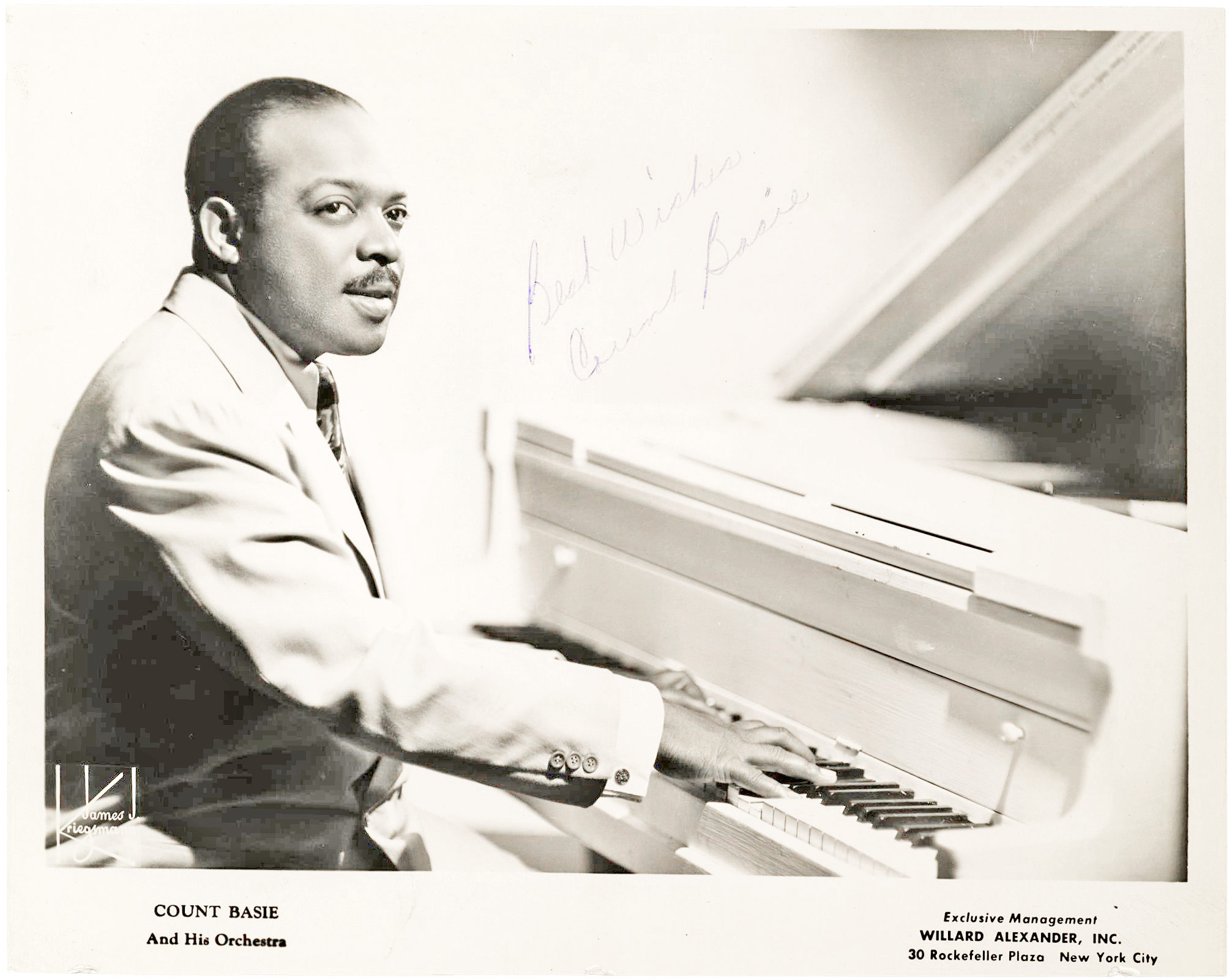 Basie grew up in New Jersey, where he learned piano, improvised soundtracks to silent movies at the local movie theater, played with Sonny Greer (Duke Ellington’s future drummer), and performed at dances and Jersey Shore resorts. At around age 16, he relocated to Harlem, epicenter of jazz, and, while touring in such jazz hotspots as Kansas City, St. Louis, New Orleans, and Chicago, made important connections to Louis Armstrong, Fats Waller, Walter Page, and Bennie Moten. As the pianist for Moten’s Kansas City band, he elevated swing music with such numbers as the eponymous “Moten Swing,” for which he became known. Basie took over the band after Moten was expelled by its members and went on to lead a number of bands in Kansas City and Chicago, becoming well-known for his recordings of “Boogie Woogie” and “Lady Be Good.” In 1937, Basie returned to New York where his roster of musicians and singers included such luminaries of jazz as Billie Holiday, Lester Young and Walter Page. A much publicized 1938 battle of the bands between Basie and Chick Webb featuring Ella Fitzgerald cemented Basie’s fame. He continued to perform and make popular recordings well into the 1980s.

With a few small creases and nicks in the lower white margin. In fine condition.

Photograph of Count Basie Seated at His White Piano 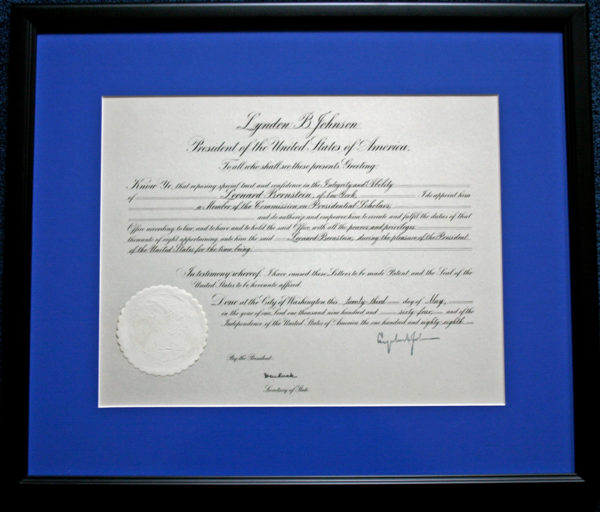 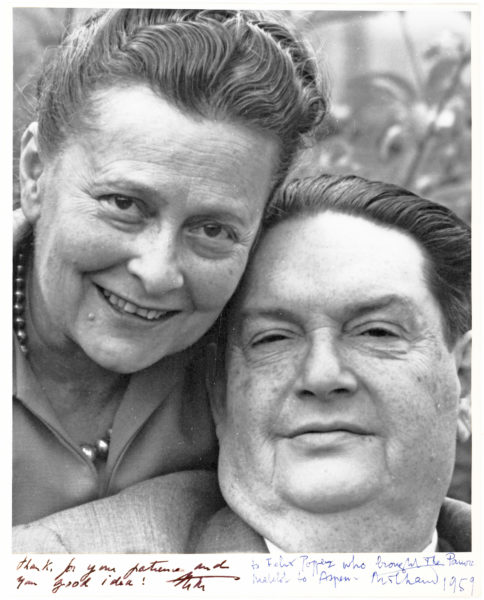