Six Pages of One of Eisenhower’s Last Speeches Drafted Before Election Day 1956, Given at Pittsburgh’s Hunt Armory

EISENHOWER, DWIGHT D. (1890-1969). American general and thirty-fourth president of the United States. TMs. Unsigned. 6pp. Folio. (Washington, D.C., circa October 9, 1956). Six pages of the incomplete third typed draft of a speech President Eisenhower gave at Pittsburgh’s Hunt Armory in 1956. With numerous autograph emendations on every page (including a total of more than 175 words in Eisenhower’s hand) on every page, plus ¾ of a page of handwritten pencil notes on the verso of the third page that reads:

“They have said that your Fed. Govt has ignored the educational needs of our children! The fact is that not once, but twice, in State of the Union Messages I urged speedy action upon the Congress. For the first time in our history the Fed Govt … a great convention of educators & laymen from all over our land and the fine plan submitted to the Congress for approval represented the consensus of the convention. It was a good plan – but it was rejected. In subsequent maneuvering a great attempt was made to show that one party is for education, another against. What foolishness! But these two single facts stand out: First – this Adm[inistration] urged swift action; The opposition produced nothing. … The opposition candidate has endorsed the essential principles of the Adm[inistration] bill which his party sent to defeat in the Congress.” 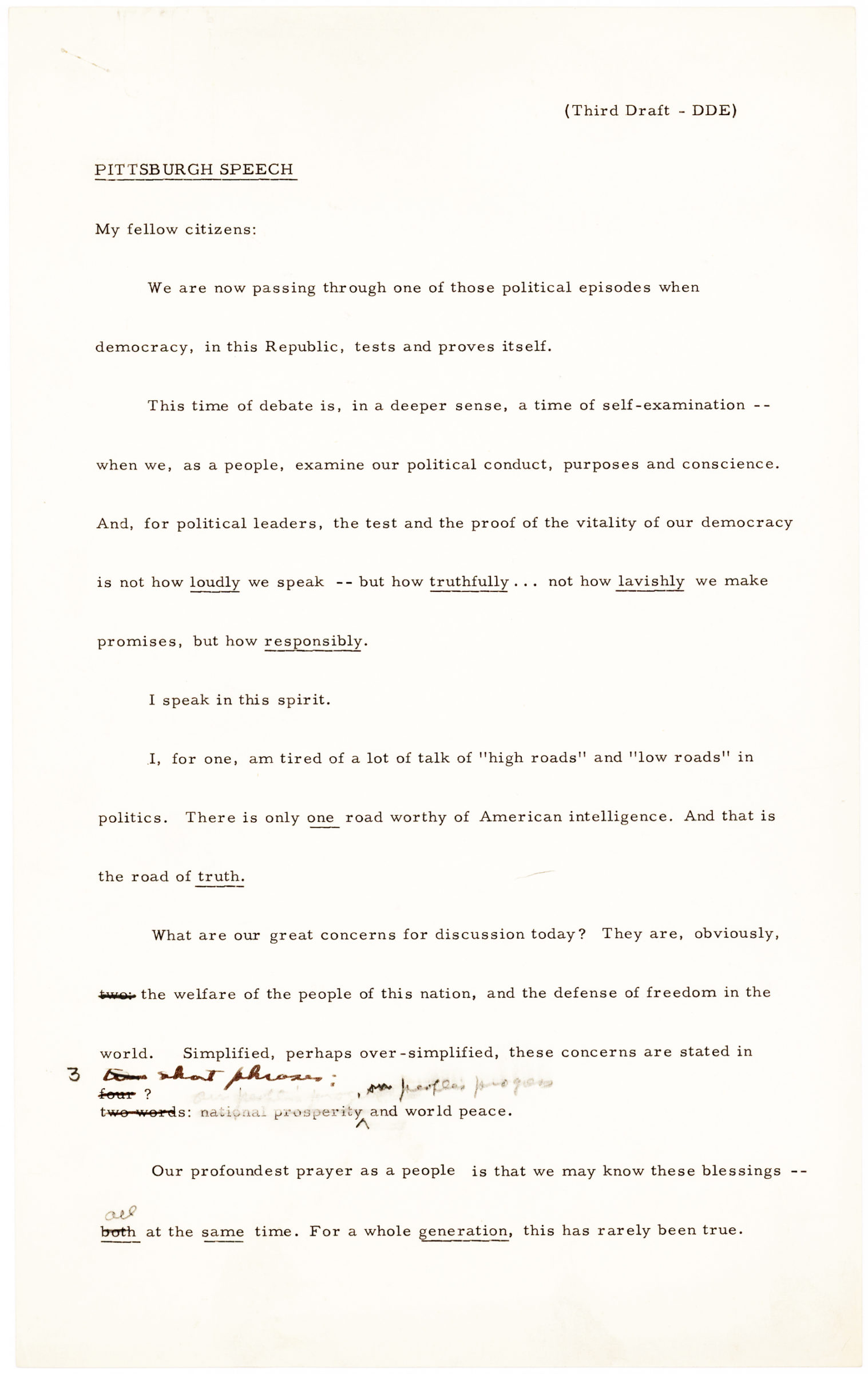 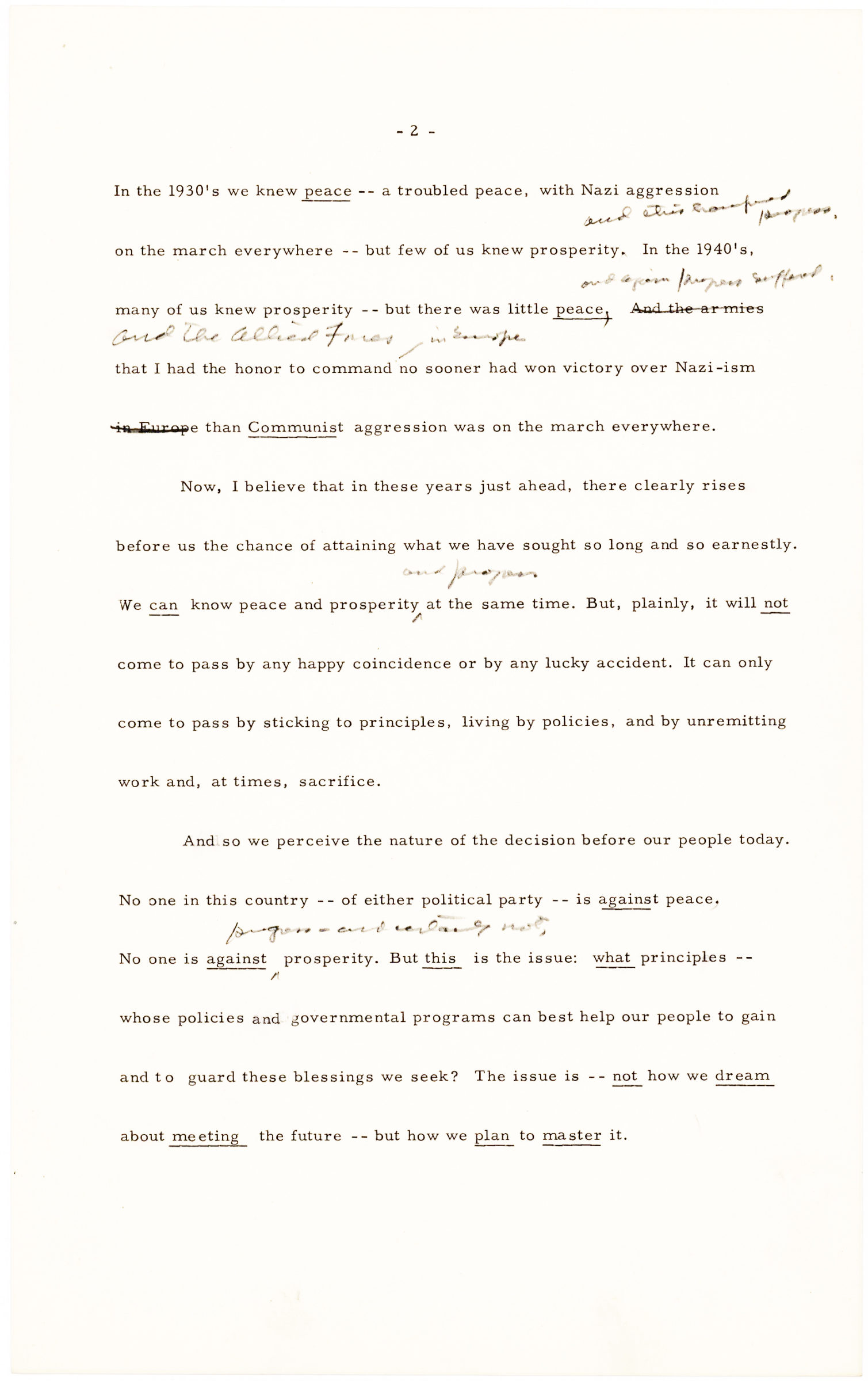 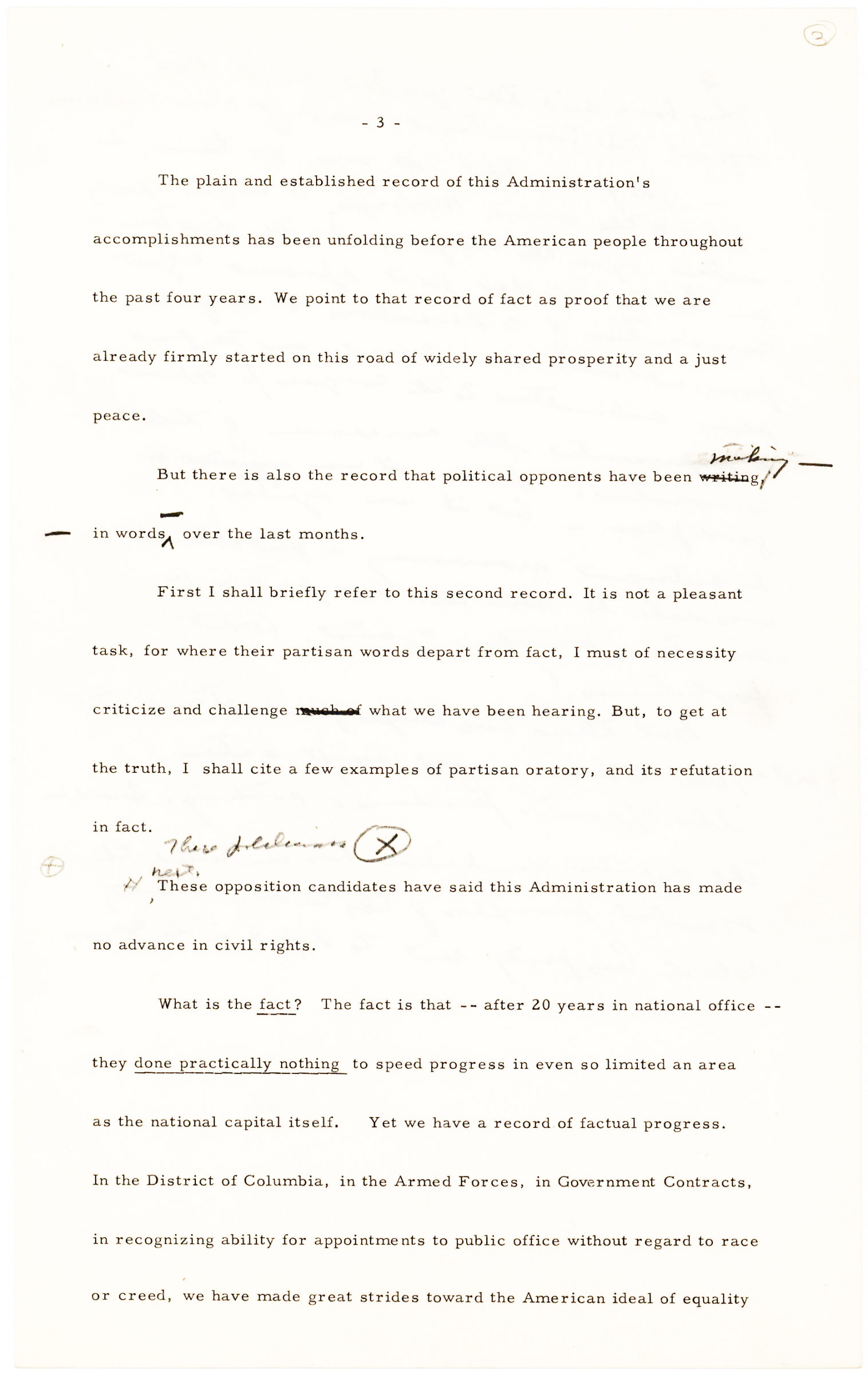 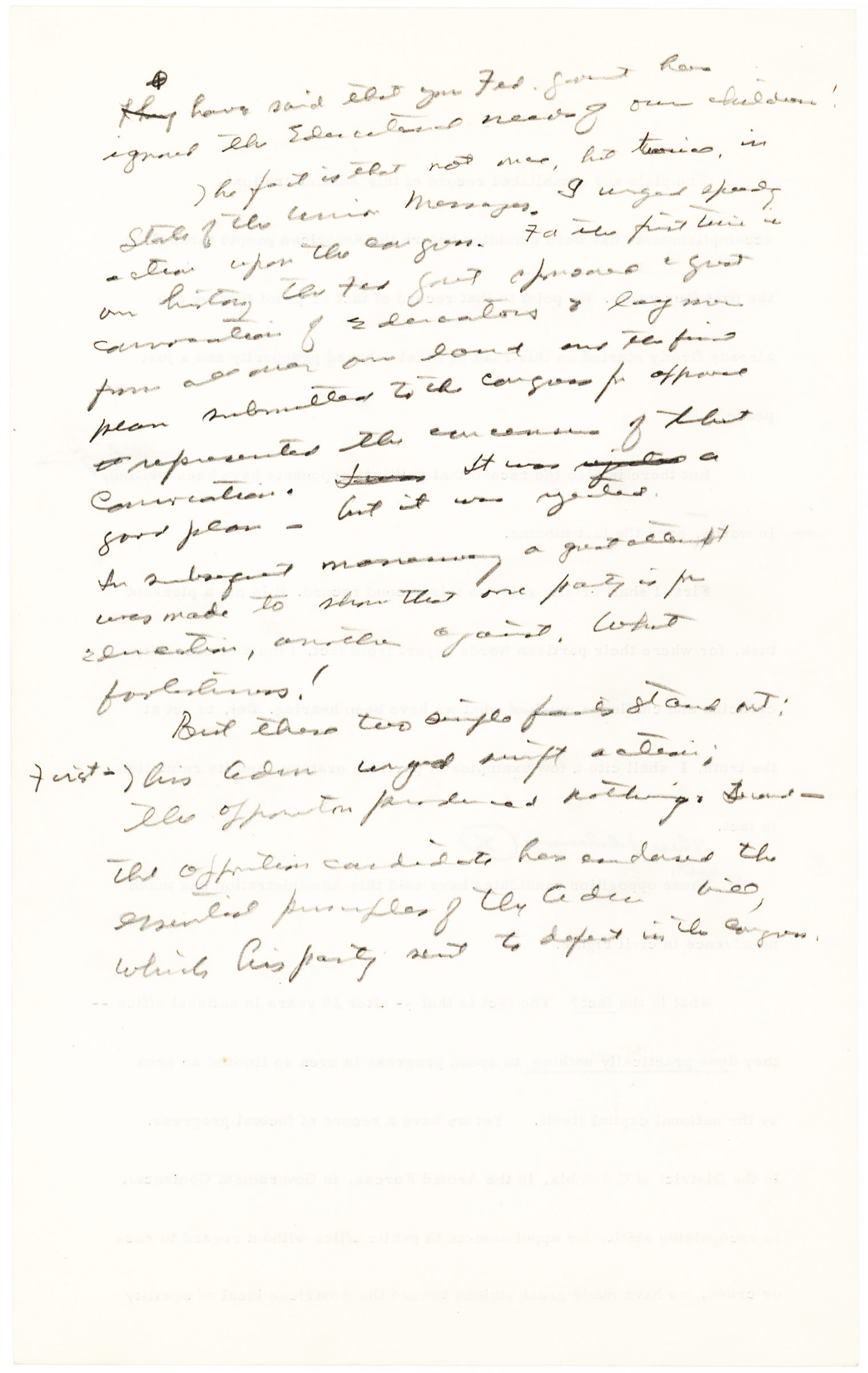 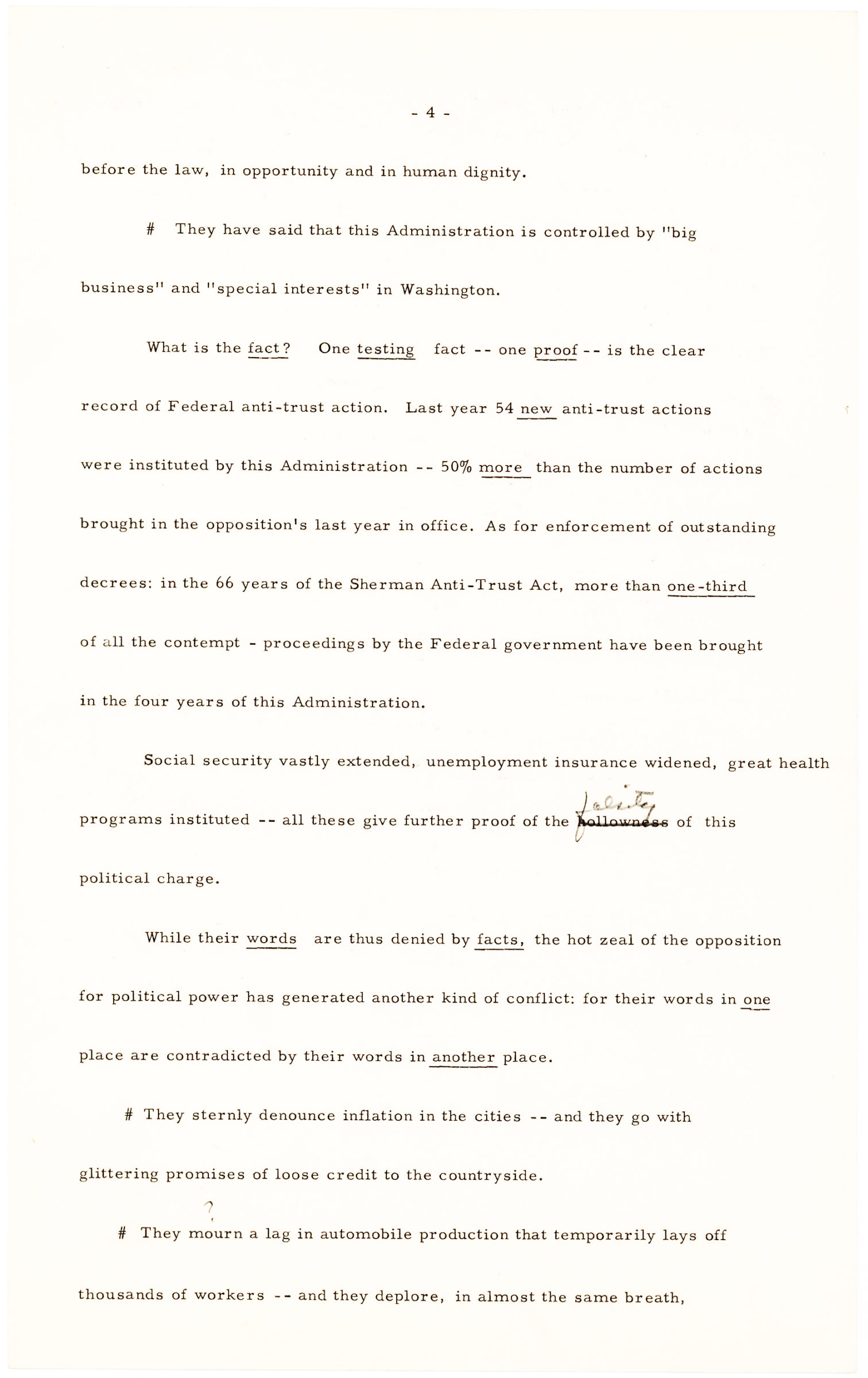 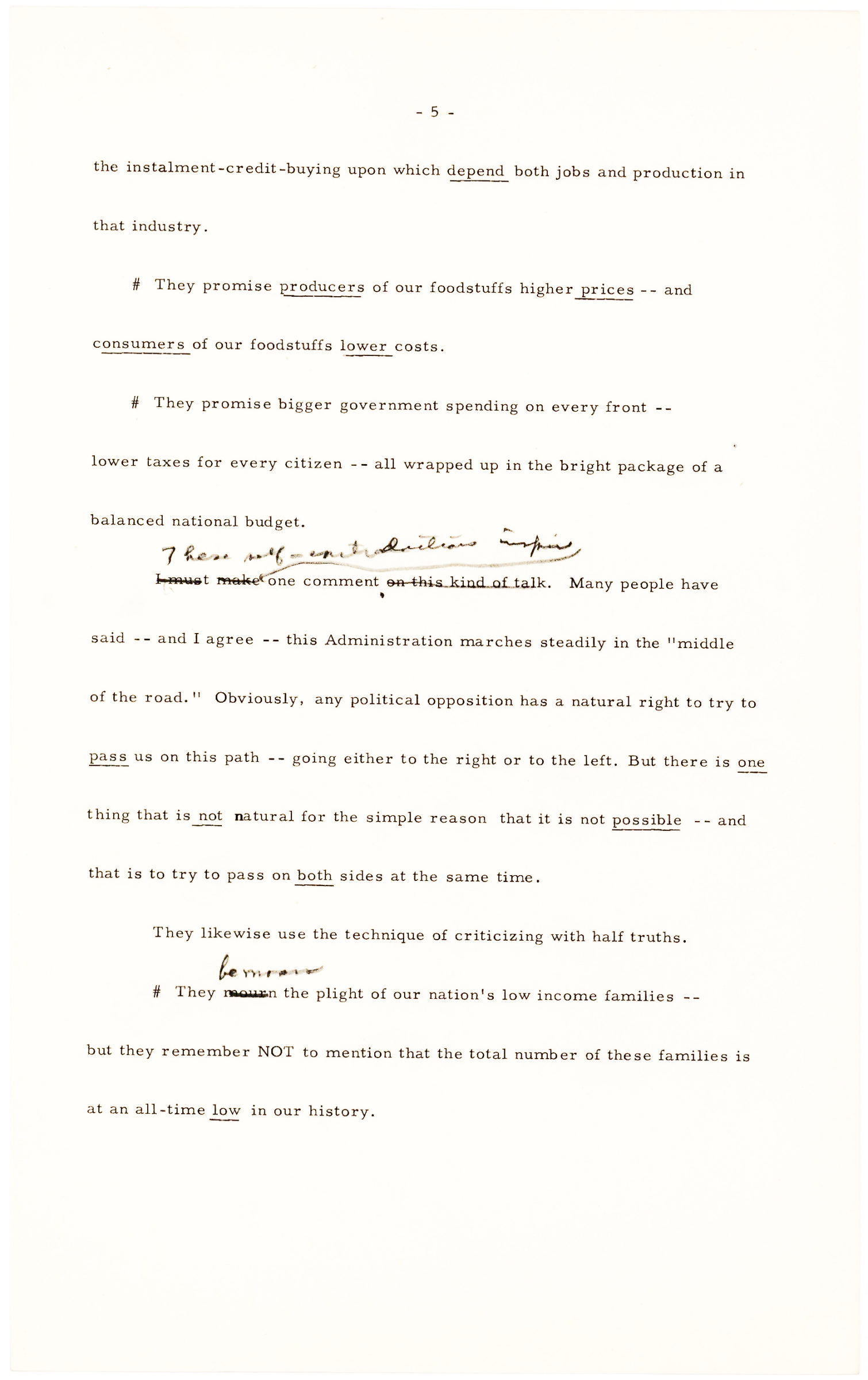 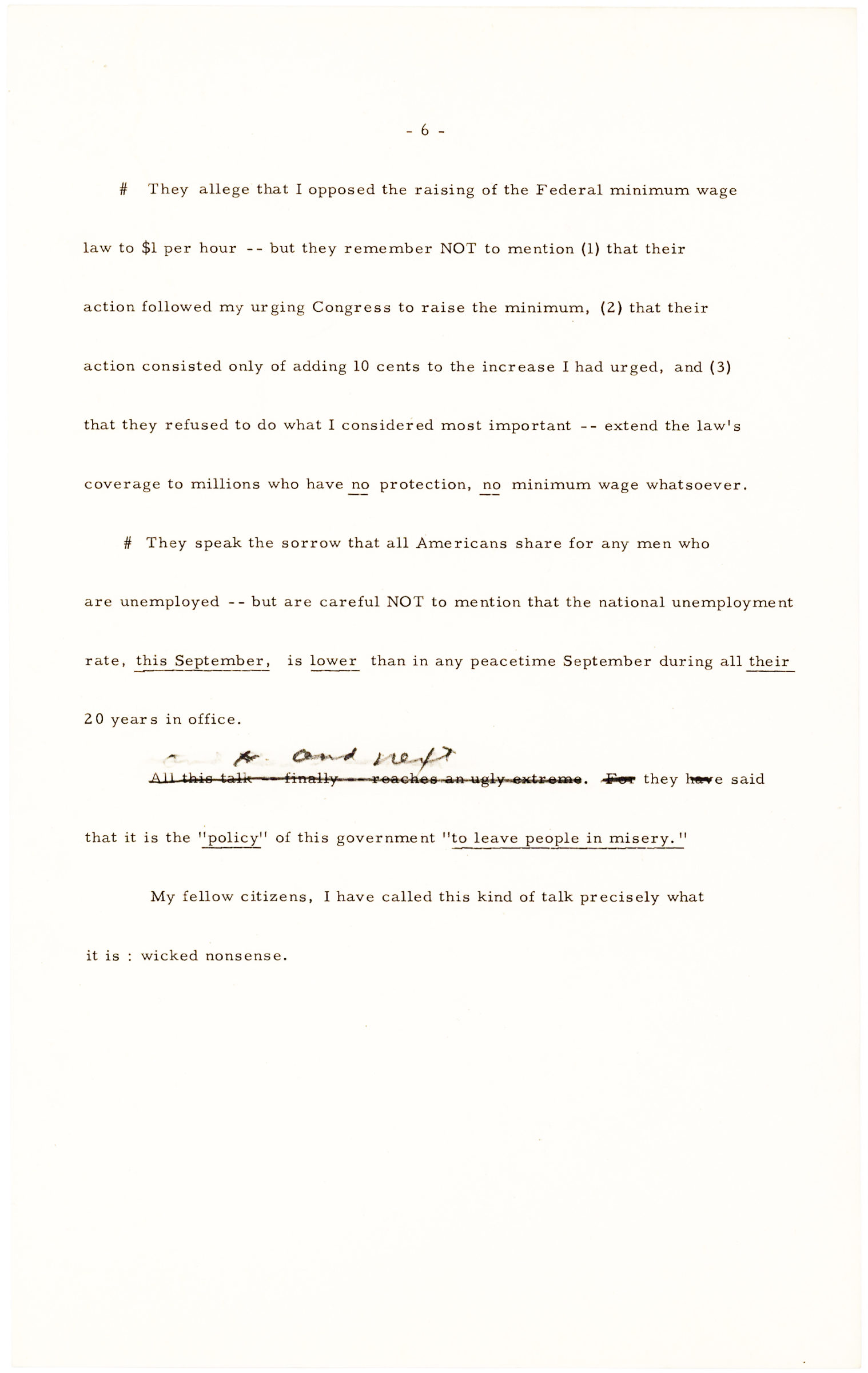 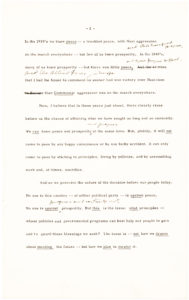 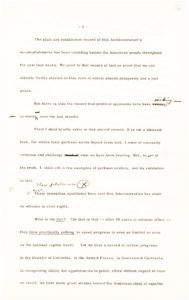 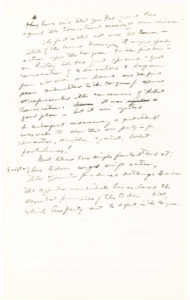 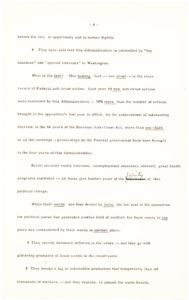 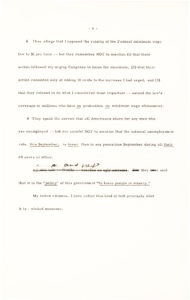 The final version of this passage reads as follows:

“Now they say that your government has ignored our children’s need for education. Again, the facts. Not once but twice, in my State of the Union messages of 1955 and 1956, I urged swift action by Congress. For the first time in our history the Federal government called a great assembly of educators from all over the country to help develop a school program; the plan I submitted to Congress reflected their wisdom and experience. That 5-year program was rejected by the opposition. One fact in this thing is quite clear and simple: this Administration urged action–and the opposition controlling the Congress produced nothing. And now, I propose to urge the next Congress to get this job done – not in five – but in four years.”

Elected president during the tense years of the Cold War, Eisenhower’s experiences in World War II and as NATO’s commander left him convinced about the importance of military preparedness and possible use of force. Simultaneously, he used diplomacy to navigate through the perilous events of world politics and, in so doing, ended the Korean War to oversee an era of peace and prosperity not experienced by Americans since the 1920s. Despite a 1955 heart attack and speculation that he would not seek a second term, Eisenhower was easily nominated at the 1956 Republican National Convention in August. The subsequent contest became a rematch of the 1952 election with former Illinois governor, Adlai Stevenson leading another failed challenge against Eisenhower.

Dwight D. Eisenhower in Pittsburgh, on his way to deliver our speech

The 1956 campaign was the first in which televised campaign ads were influential, allowing the candidates to avoid some of the rigors of in-person campaigning. On October 9, less than a month before the election, Eisenhower delivered a nationally televised speech at Pittsburgh’s Hunt Armory, of which the present manuscript is the third draft. As his entourage rode through town, he received a hero’s welcome by a crowd estimated at 150,000. A contemporary newspaper reported, “Even political cynics admitted it was the greatest welcome here since Franklin D. Roosevelt wowed Pittsburgh back in the 1930s… Members of the White House press corps said it was far and away the biggest crowd [Eisenhower] had drawn in this campaign. One newsman, familiar with Pittsburgh’s voting pattern, cracked: ‘And just think… most of these people are Democrats.’ …If cheers were votes, Allegheny County Republicans today could definitely predict a resounding victory here for Dwight Eisenhower,” (“150,000 Cheer Ike in Roaring Welcome,” Pittsburgh Press, October 10, 1956).

A transcript of the speech that includes comments on World War II, and the economy, but deletes Eisenhower’s draft comments about progress in the area of Civil Rights can be read here. With staple holes and paperclip impressions in the upper left corner. Otherwise fine.

Six Pages of One of Eisenhower’s Last Speeches Drafted Before Election Day 1956, Given at Pittsburgh’s Hunt Armory 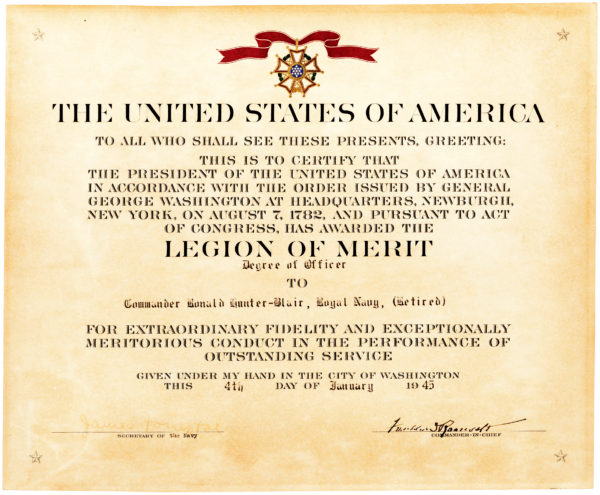