The original Boldini portrait of Verdi 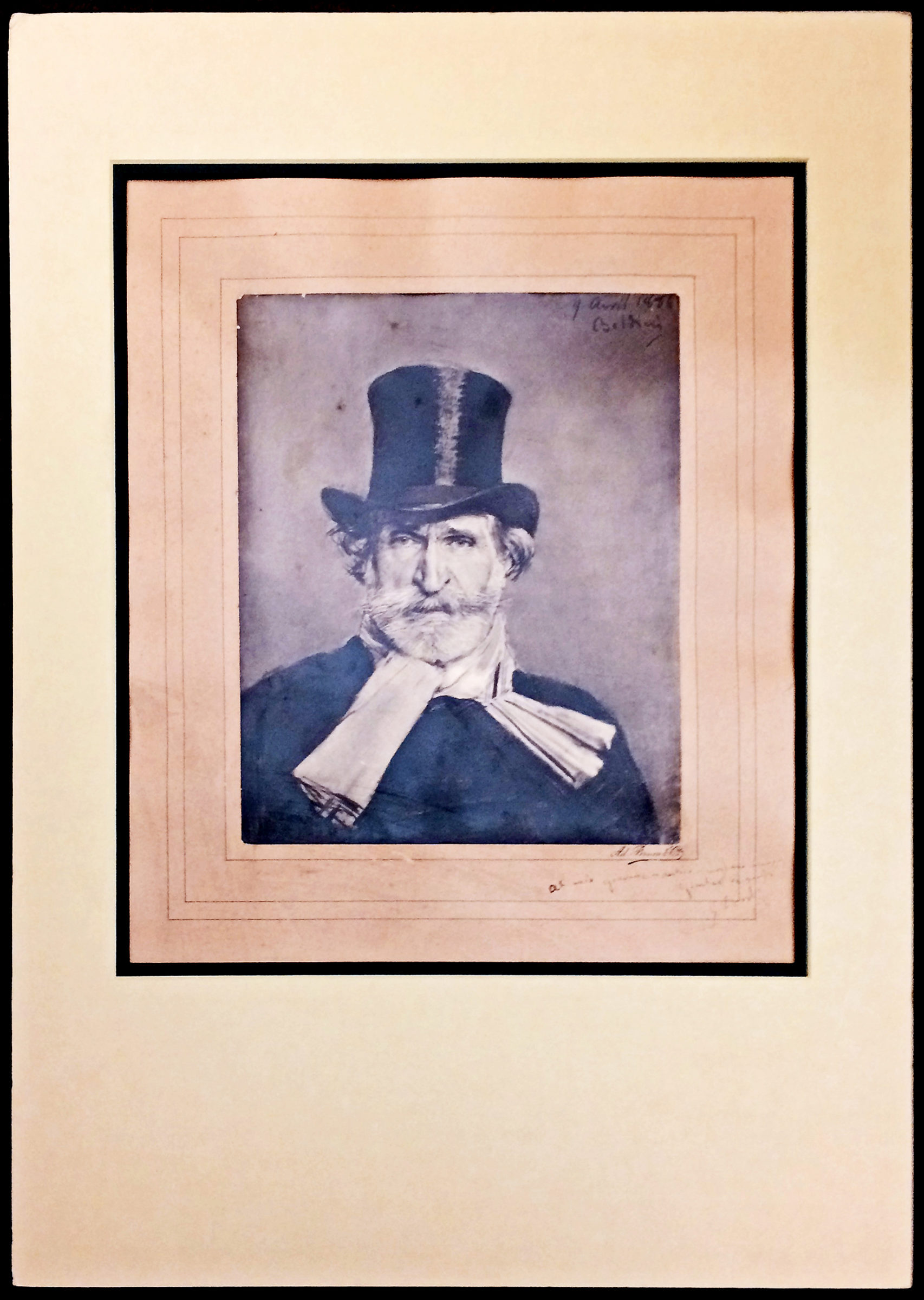 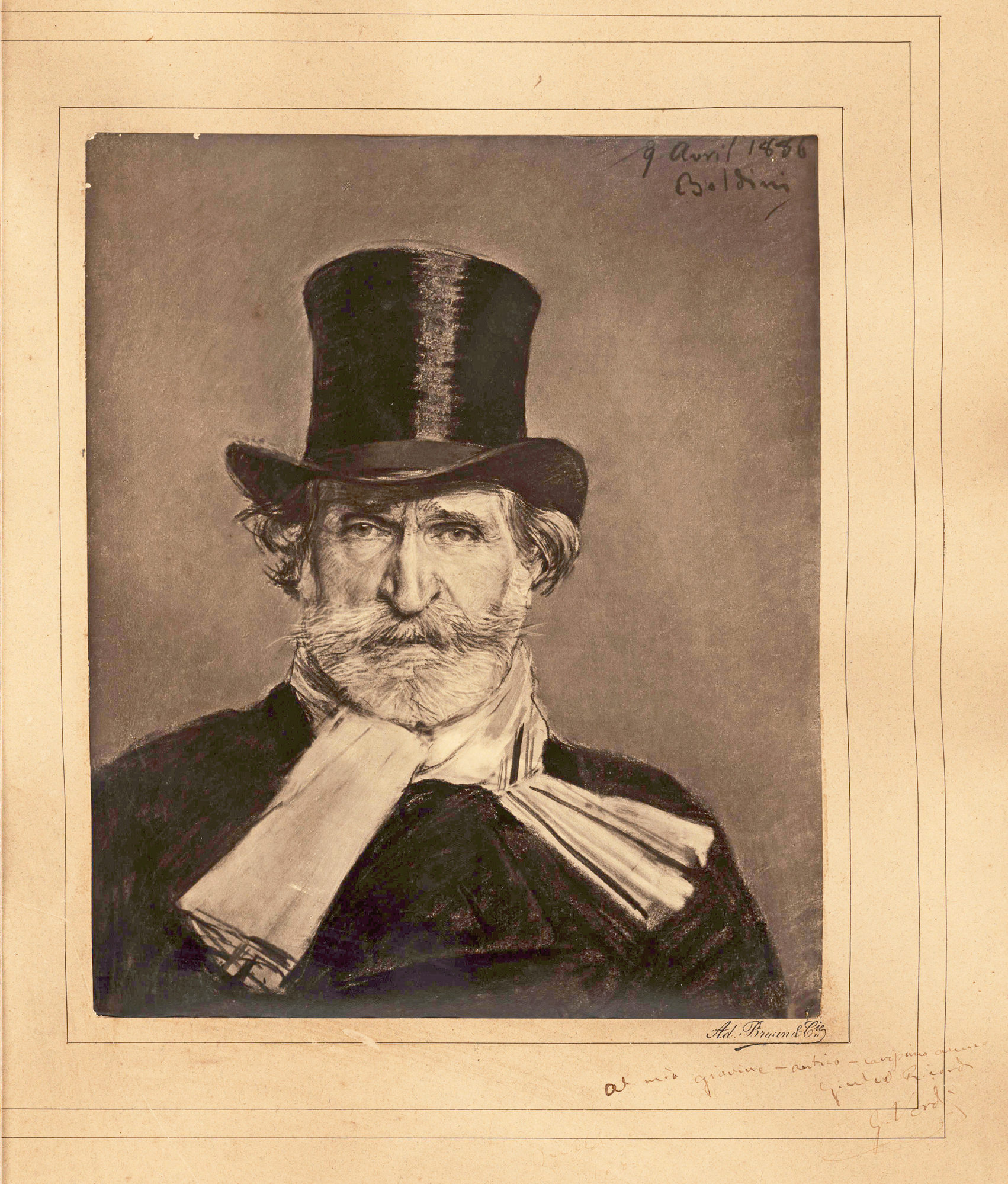 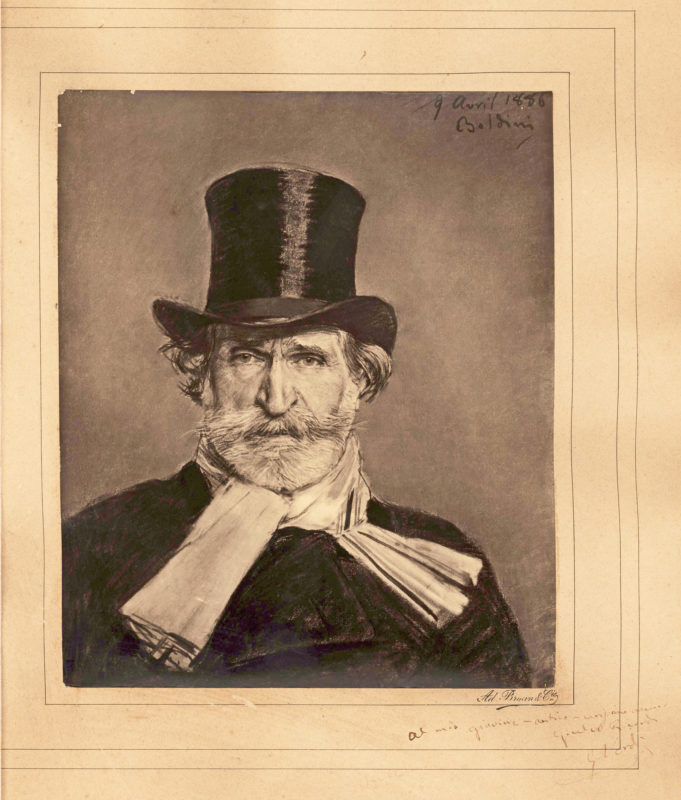 The phenomenal success of Verdi’s third opera, Nabucco, in 1842,brought the composer overnight recognition. Quickly proclaimed Italy’s greatest opera composer, Verdi came to symbolize a politically unified homeland because of themes found in many of his works. From 1842 to 1851, Verdi produced no less than fourteen operas and nearly as many vocal works. Following Nabucco’s success, Giovanni Ricordi, the publishing company’s founder, acquired the rights to it and nearly all of Verdi’s subsequent works, turning Ricordi into one of Italy’s most powerful music publishers.

Giulio Ricordi, Giovanni’s grandson, succeeded his father Tito in 1888, becoming the third generation to lead Casa Ricordi. 27 years younger than Verdi, Giulio maintained a close relationship with the composer, hosting him in his Lake Como villa (where Verdi is thought to have composed parts of La Traviata),and coaxing him out of retirement to compose his final works, Otello (1887) and Falstaff (1893). Ricordi’s nurturing of Verdi and other composers such as Giacomo Puccini and Umberto Giordano did much to propel Ricordi’s success.

Inscribed on the lower photographer’s mount, under the right corner of the image. The inscription and signature are somewhat light, and the mount is rippled with some dust staining, wear and minor chipping at two edges; one horizontal tear at the far side of the wide, blank margin does not affect and is not close to the text or image – a unique and enormously important association. 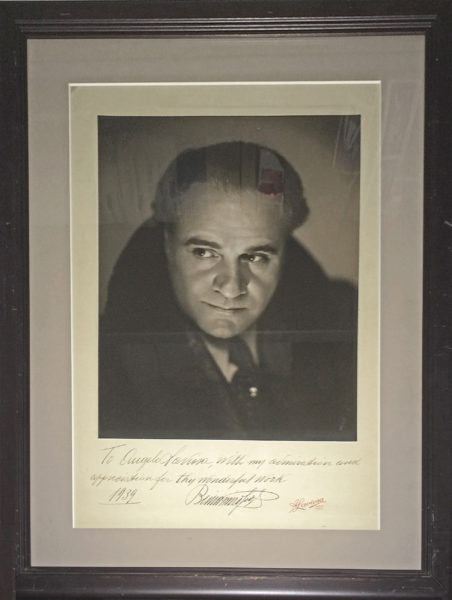 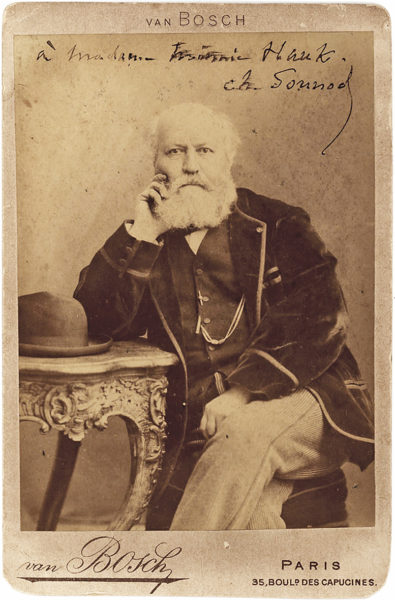