Hermann Struck Etching of Harold MacMichael, Palestine’s High Commissioner, Signed by the Subject and the Artist

MacMICHAEL, HAROLD. (1882-1969). British colonial administrator and high commissioner of the British Mandate of Palestine. Image Signed. (“Harold MacMichael”). 1p. 4to. Jerusalem, 1940. A limited edition (9/50) etching of MacMichael in profile by German-Jewish artist HERMANN STRUCK (1876-1944) signed in pencil by both MacMichael and the artist (“Hermann Struck”). 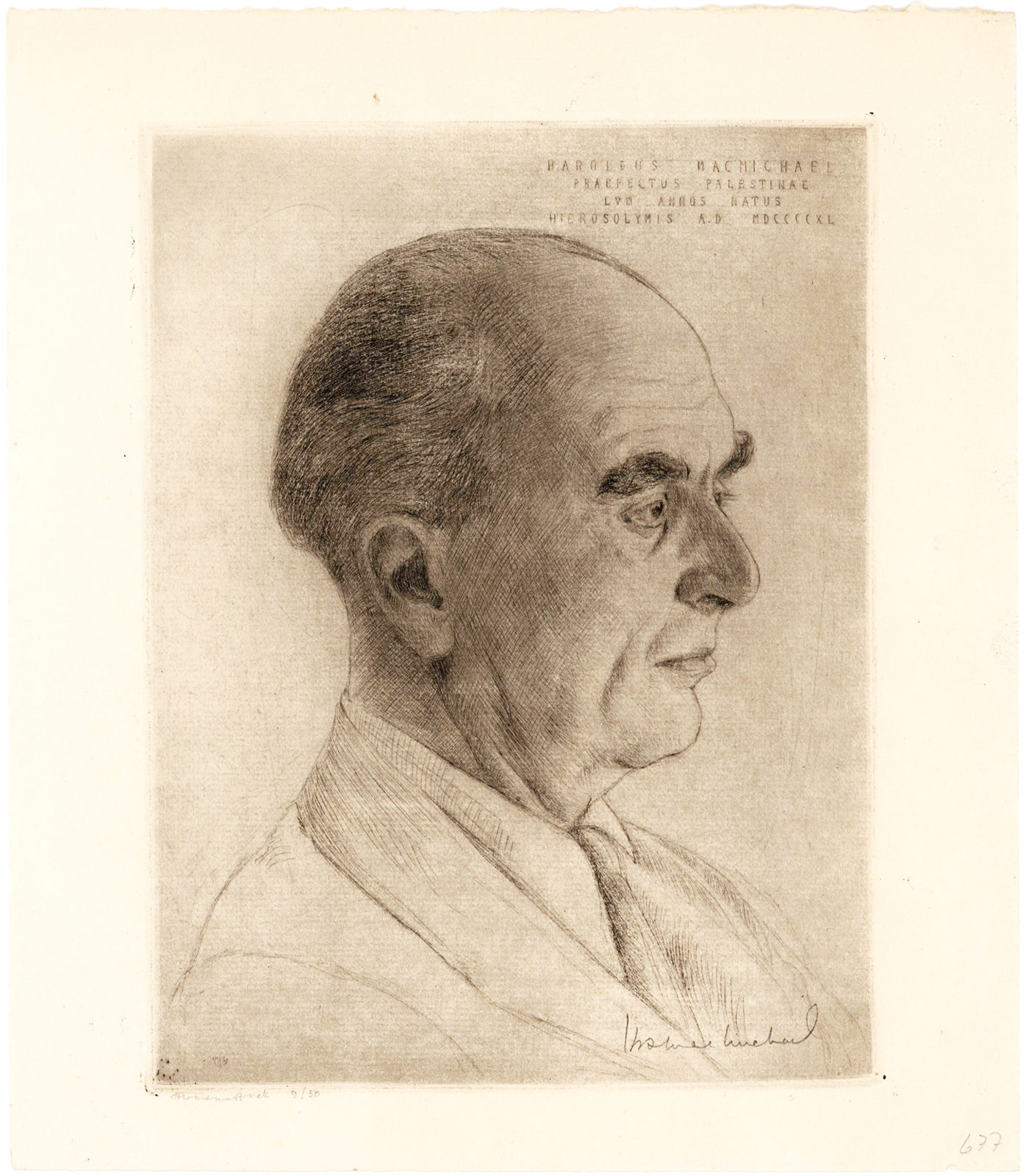 After serving in administrative positions in the British colonies of Sudan and Tanganyika, MacMichael was appointed high commissioner of the British Mandate of Palestine in 1938. The mandate had been ratified by the League of Nations in 1923 and dictated the administration of former Ottoman territories until such a time as it was deemed able to be independently governed.

During his six-year tenure, MacMichael survived seven attempted assassinations and was blamed for the death of 768 Jewish refugees who perished in the 1942 Soviet torpedoing of the Struma in the Black Sea.

Struck, a member of the Berlin Secession movement, published an important treatise on etching, Die Kunst des Radierens (The Art of Etching) in 1908, and carried out commissioned portraits of high profile figures including Albert Einstein, Oscar Wilde, Henrik Ibsen, Fridtjof Nansen and Friedrich Nietzsche. During World War I, he earned the Iron Cross fighting for Germany, but was also an active Zionist and a founder of the Mizrachi Zionist movement. After his 1922 immigration to Palestine, he helped establish the Tel Aviv Museum of Art. The top right corner section of the image bears an etched inscription in Latin reading “Harold MacMichael / Governor of Palestine / 58 years old / Jerusalem 1940.” Near fine. Uncommon.

Hermann Struck Etching of Harold MacMichael, Palestine’s High Commissioner, Signed by the Subject and the Artist 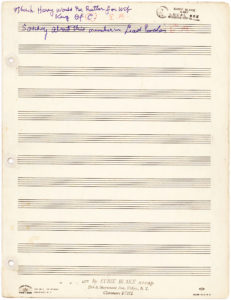 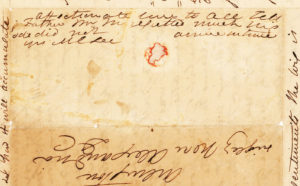