“Do send me the form for May Swenson. She is a true poet and I hope she makes it this time.” 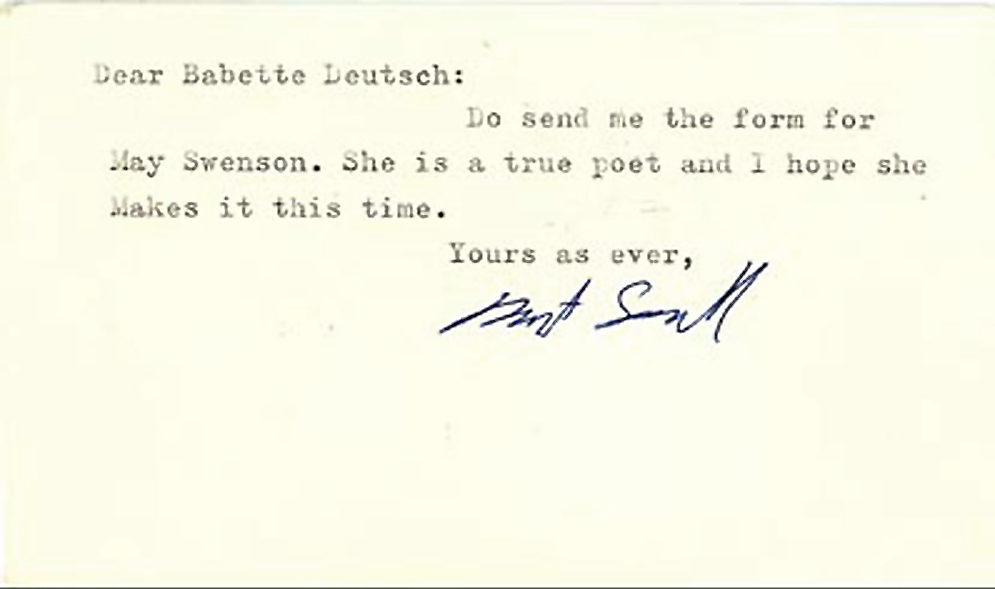 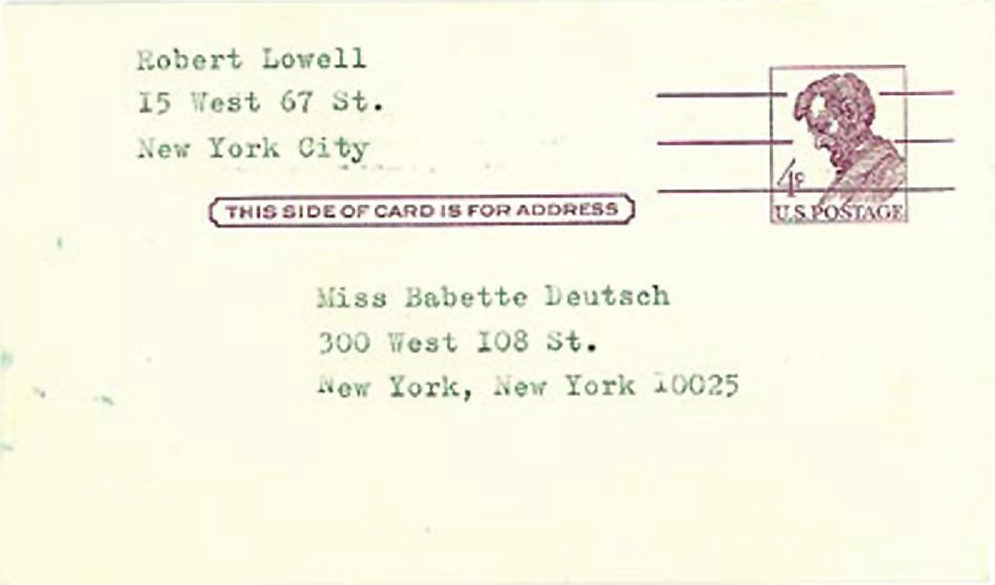 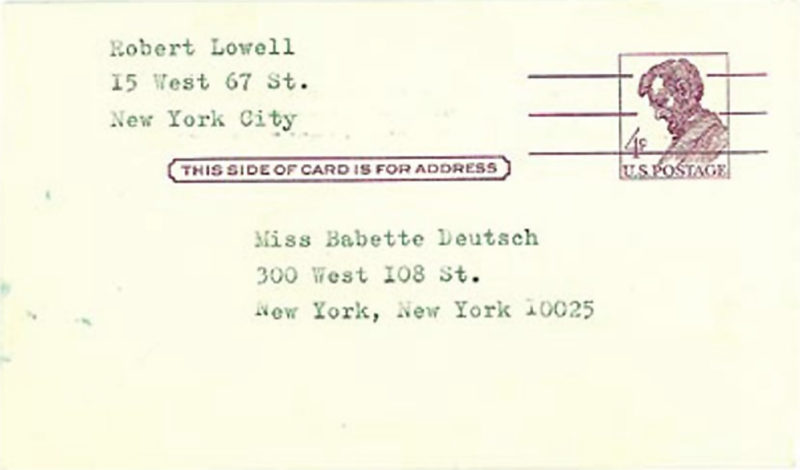 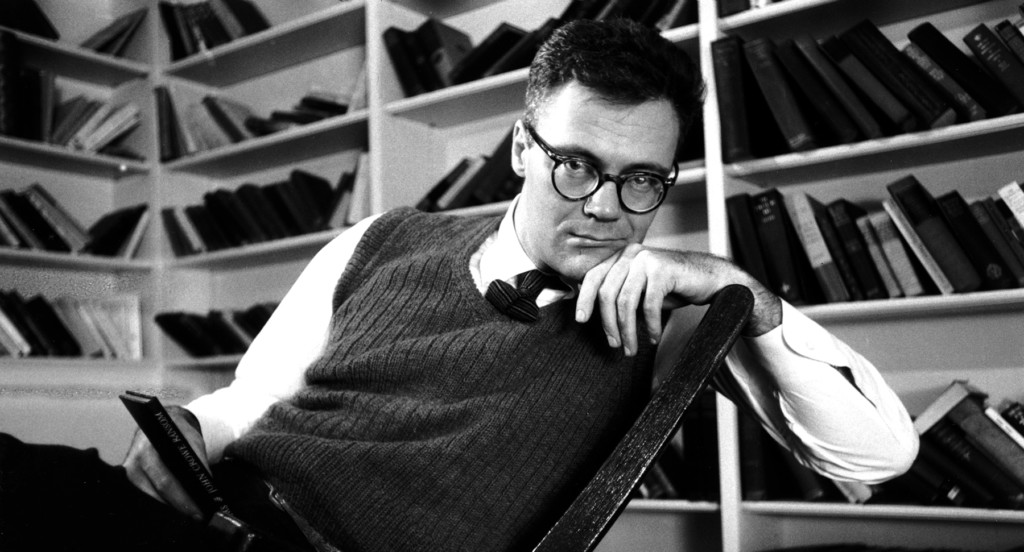 A descendant of a prominent Bostonian family, Lowell’s poetry became known as “confessional,” giving its name to the movement that dominated American poetry during the second half of the 20th century. Lowell initially adhered to a strict, formal technique that relied heavily on rhyme and meter. Influenced by his conversion to Catholicism, intended as an act of rebellion against his parents, his highly praised second work, Lord Weary’s Castle, won the 1947 Pulitzer Prize and led to his appointment as U.S. Poet Laureate. In 1959, he published his most important work, Life Studies, considered a turning point in American poetry. Relaxing his previously rigid use of formal poetic elements, Lowell incorporated personal experiences into Life Studies, inspired by his tumultuous relationships with his wives Jean Stafford and Elizabeth Hardwick and his battle with manic depression.

American poet May Swenson (1919-1989), is remembered for her masterful portrayals of nature and daily life, seen in such volumes as Another Animal, A Cage of Spines, Iconographs, and two collections of children’s verse. She received numerous grants and awards; our postcard hints at Lowell’s endorsement of her nomination for one of these. Signed in his typical spiky hand, and in fine condition. 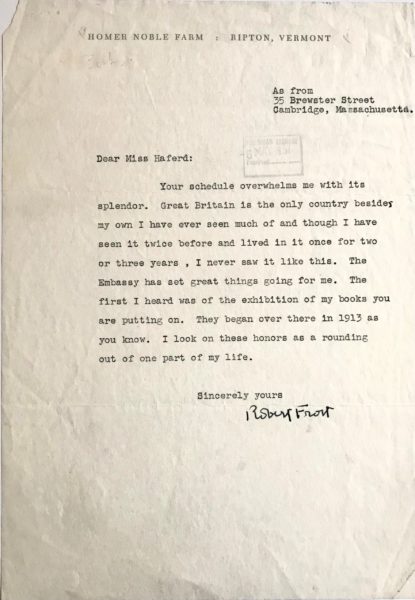